The effort to vaccinate as many Massachusetts residents as possible to protect against the coronavirus is pressing forward.

Since the rollout of the COVID-19 vaccines began, officials have been providing frequent updates on the progress of the effort and making changes to the process. Ahead, what you should know this week about the vaccine rollout in Massachusetts:

All Massachusetts residents will be able to register ahead of time for a COVID-19 vaccination appointment under the new preregistration system that Gov. Charlie Baker’s administration launched on Friday, overhauling the embattled process for Bay Staters to secure time slots at the state’s mass vaccination sites.

The new system, accessible through the state’s mass.gov/covid-19-vaccine website and through the 2-1-1 vaccine hotline for older residents, will initially only allow individuals to pre-register for an appointment at the state’s seven mass vaccination sites. Baker said officials plan to incorporate other local vaccine providers into the new system by April.

To sign up, residents begin by filling out an online form with basic personal information. Once registered, residents will be added to the list, with appointments being offered to those eligible under the state’s three-phase rollout on a rolling basis. Individuals will get a notification a day before appointments are available to them in their area. They will then be contacted with a link to view and book an available appointment at one of the seven mass vaccination locations. Residents have 24 hours to book the appointment after being sent the link, and if one isn’t selected, the individual is added back onto the list to wait for another.

Baker said residents will get weekly updates on their registration status. They can also opt out of the system, if they find an appointment elsewhere or for any other reason.

The change in the state’s approach to booking appointments at the mass vaccination sites follows numerous snags and backlash to the previous method, which relied on releasing thousands of new appointments at once on Thursdays.

In an address to the nation on the one-year anniversary of coronavirus lockdowns, Biden outlined his plan to make all adults in the United States eligible to receive COVID-19 vaccines by May 1, with the aim of letting Americans gather in at least small gatherings for the Fourth of July. According to the president, the U.S. is expected to have enough doses to vaccinate those 255 million adults by the end of May, though the process of administering the shots will take time.

Biden also announced he is deploying 4,000 more active-duty troops to support vaccination efforts and allowing other professions — such as medical students, veterinarians, and dentists — to administer shots. The president is also sending more doses to community health centers and retail pharmacies.

As vaccination efforts continue to ramp up in the United States, Boston doctors are calling on Biden and leaders in the pharmaceutical industry to take a series of steps to address the “profoundly unequal” distribution of vaccines globally.

“We believe that every human life has equal worth, and the current reality of vaccine production and distribution, which results in the vaccination of residents in high-income countries while leaving billions of people in low- and middle-income countries without access, is a deep moral failing,” the doctors wrote in their letter.

The doctors presented a series of concerns about the potential impacts of the inequity, including that ongoing transmission of the coronavirus in unvaccinated populations and countries could result in virus variants that elude vaccine protections. Read their full letter here.

The COVID-19 vaccine may be free for Massachusetts residents, but the Baker administration has agreed to reimburse providers for vaccinations at twice the rate as the federal government and most other states — and they’re requiring private insurers to do the same.

State officials say the higher rate is part of the administration’s plan to “vaccinate as many residents as possible in the most efficient and equitable manner.”

The state made updates to its emergency travel rules last week. Under a new exception, individuals who have been fully vaccinated against COVID-19 for at least 14 days are no longer required to quarantine or have a recent negative test result upon arriving in Massachusetts.

The updated rules, which apply to most people visiting or returning from states with high COVID-19 rates, say fully vaccinated visitors to Massachusetts must be able present documentation of their dose(s), including when the shot(s) were administered, if asked. The exemption does not apply to vaccinated individuals exhibiting symptoms of COVID-19.

Teachers and school staff became fully eligible for getting vaccinated on March 11, and the state announced there will be four upcoming days when the seven mass vaccination sites will only offer first doses to K-12 teachers, child care workers, and K-12 school staff.

The move comes as the state works to prioritize teacher vaccinations in response to a directive from the Biden administration. The educator vaccination days at the seven sites are March 27, April 3, April 10, and April 11.

According to the state, the group of teachers and school staff now eligible for vaccines includes anyone employed full-time or part-time at a public or private K-12 school, Head Start program, or childcare provider. The group — estimated to total roughly 400,000 residents — also includes school volunteers and contractors.

But it does not include higher education employees or privately employed babysitters and nannies, who remain in Phase 3 of the rollout if they do not otherwise qualify for a vaccine. More here on who else is and isn’t covered with the new eligibility.

As the Baker administration moves forward with plans requiring elementary and middle schools to resume in-person classes five days a week beginning next month, teachers unions are pushing back, saying the state should do more to quickly vaccinate educators.

The conflict opened a contentious new front last week in what have been simmering tensions between the Baker administration and the state’s powerful teachers unions, who say the governor is “pitting” groups against each other.

The governor has said it will take until at least mid-April before all teachers and education staff secure vaccine appointments because of limited federal supply. The state’s largest teachers unions, the Massachusetts Teachers Association and the state affiliate of the American Federation of Teachers, have put forward an alternative proposal for “last mile” delivery. The unions are proposing the distribution doses to local sites — similar to what the state did for first responders during Phase 1 of the rollout — and having trained EMTs and firefighters administer the vaccines to teachers. The unions also suggested piloting the program in 10 to 20 of the school districts with the highest COVID-19 rates.

In an escalation of the back-and-forth between the state and the teachers unions, the Baker administration put out a blistering statement last week firmly condemning the proposal and accusing the unions of demanding “the Commonwealth take hundreds of thousands of vaccines away from the sickest, oldest and most vulnerable residents in Massachusetts and divert them to the unions’ members.”

Union leaders are calling the statement “untrue and defamatory,” saying that the doses in their last-mile plan would come from the 25,000 the state is reserving for the four designated educator vaccination days.

A new survey found the governor’s approval ratings have dropped significantly since the COVID-19 pandemic began, The Boston Globe reports.

“Governor Baker has seen a gradual decline in approval for his handling of the COVID-19 outbreak throughout the pandemic, starting at a remarkably high 80 percent approval … and suffering a gradual decline to 59 percent,” the survey report from Northeastern, Harvard, Rutgers, and Northwestern universities reads.

Researchers who worked on the survey told the newspaper the state’s bumpy vaccine rollout appeared to be a factor in Baker’s declining rating.

Equity advocates continue to knock the vaccine rollout in Massachusetts

Vaccine Equity Now, a coalition of civil rights groups and public health experts, says the state’s COVID-19 vaccination data “makes one thing clear: the Baker Administration is simply not getting the job done.”

The group’s statement came after Baker held a press conference Thursday afternoon at the Reggie Lewis Center mass vaccination site in Roxbury, a majority-Black neighborhood in Boston. The governor said Massachusetts ranks third in the country for the percentage of Black residents who have received at least one dose of the COVID-19 vaccine.

But that doesn’t necessarily mean the state is getting shots to people of color at a proportionate rate, according to advocates. And the state’s data suggests that the success of the Reggie Lewis Center site isn’t being replicated elsewhere in Massachusetts, even amid concerns that some residents could get left behind by the state’s pivot to the more efficient mass vaccination sites.

According to the company, the ramped-up rollout is being sourced by the Federal Retail Pharmacy Program. The company said in a statement as more supply becomes available, additional store locations in Massachusetts will be added.

COVID-19 vaccinations are being offered at 4 Boston churches this week, next week

According to CBS Boston, each church will receive 150 doses of the Moderna vaccine. The Whittier Street Health Center vaccine van will return to the same churches in April to administer second doses.

Boston Public Schools held the first day of its vaccination clinic on Sunday for district employees at the Gallivan Community Center in Mattapan, CBS Boston reports.

Running for two weeks, the clinic will offer about 200 appointments each day and is open on Sundays from 10 a.m. to 3 p.m. and from 2 p.m. to 7 p.m. Monday through Thursday, according to the district. After the two-week run, the clinic will reopen again three weeks later to administer second doses. District staff can schedule vaccination appointments on an internal website launched by BPS.

The Mattapan site is the first of two BPS-only vaccination clinics the district is planning. BPS officials are working with the Boston Teachers Union to open a second vaccination clinic at the BTU Hall in Dorchester when more doses of the vaccine become available.

The number of people who have been fully vaccinated (as of Sunday): 908,553

According to The New York Times vaccine rollout tracker, Massachusetts has moved up to rank in the top half of states based on the percentage of residents who have received both vaccine doses (13 percent). The Bay State is also in the top 10 based on the percentage of the state population who have received at least one dose (25 percent). See how Massachusetts compares to other states and U.S. territories here.

Frontline and essential workers, including transit, grocery, utility, restaurant, and sanitation workers, are up next. See the full list here. 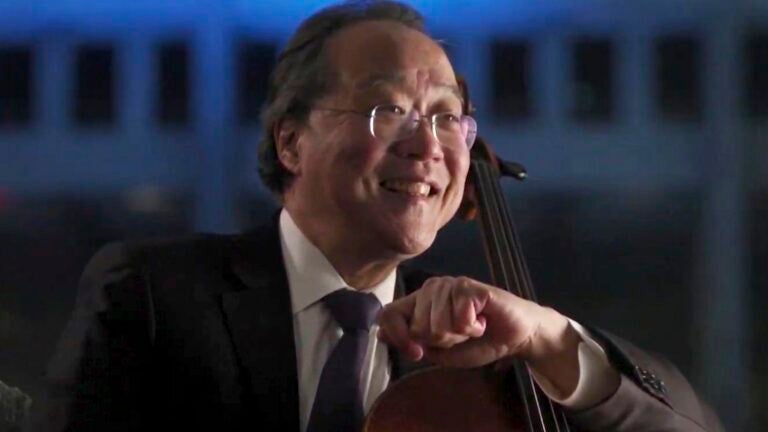