ARLINGTON, Texas (AP) — Susanna Frare said her family decided to take a “calculated risk” attending the home opener of the Texas Rangers, the first major U.S. pro sports event to approach capacity in a stadium since the coronavirus shutdown more than a year ago.

All tickets at 40,518-seat Globe Life Field were for sale, and the retractable-roof stadium was about three-fourths full at first pitch against Toronto on Monday. The roof was open on a 75 degree day with 15 mph winds.

“Since it’s at full capacity, that was something that we gave a lot of thought about,” said Frare, holding one young child with another sitting next to her at a table behind seats in the upper deck in left field about two hours before the game.

“But since masks are required and we’re doing our part and we know that the ballpark is doing their part to keep everything clean and sanitized as much as possible, we just thought it was worth it to come on out here,” she said.

The Rangers gained national attention with their announcement last month to make all tickets available for the home opener, drawing criticism from President Joe Biden that it was a “mistake” and “not responsible.”

The club’s decision came not long after Texas Gov. Greg Abbott lifted the state’s mask mandate and cleared businesses to operate normally. The Rangers said masks were required. Compliance was strong on the concourses, but not nearly as good in the seats.

The Republican governor sent the Rangers a letter saying he wouldn’t throw out the first ball, citing Major League Baseball’s decision to move the All-Star Game from Atlanta in response to Georgia’s sweeping new voting laws.

Frare wasn’t going to miss this chance to see the game.

“It’s opening day,” she said. “We’ve never had an opportunity to go to an opening day. We just felt like it’s the kind of time to get back out there. It’s a calculated risk. But something that we wanted to do, a fun experience.”

It was definitely the closest thing to normal in pro and college sports since mid-March last year, when college basketball shut down the same day MLB called off spring training.

Baseball had an abbreviated 60-game regular season without fans last year. The only games with fans were at the home of the Rangers — the neutral-site NL Championship Series and World Series.

It was the first chance for Texas fans to see their own team — many came to the playoffs last year just to see the $1.2 billion stadium and because they missed baseball.

Many other things were normal as well, including the patches of empty, sun-splashed seats that were common for many previous home openers in Texas.

Fans could be heard clearly singing the national anthem, slugger Joey Gallo got a loud ovation during pre-game introductions and all the concession stands were open.

In the second inning, Toronto’s Marcus Semien and Cavan Biggio connected on back-to-back homers, prompting fans to pressure the pair who snagged the souvenirs to toss the balls back onto the field. Neither caved to the peer pressure.

“I’ve been excited for this park from the minute they announced they were going to build it,” 23-year-old Rangers fan Alex Posani said.

“I watched them build it whenever I went to games over there,” he said, referring to still-standing Globe Field Park, visible across the street through the huge glass windows above left field.

Infectious disease experts are mixed in their view of the Rangers allowing full capacity at this stage of the pandemic.

“I know people will disagree with me,” said Lang, who served in the President Bill Clinton and George W. Bush administrations and is now medical director of WorldClinic. “Reasonable people will disagree on this one as opposed to some of the times we’ve been with this where reasonable wouldn’t disagree, they would just say, ‘No, this is stupid.’”

Texas starting pitcher Mike Foltynewicz’s wife and young children were planning to attend along with his parents, whom the right-hander said he hasn’t seen since last summer. Foltynewicz said the Texas front office has been talking to the players about the plan.

“We’ve had a bunch of questions,” he said. “We’ve got those answers over the last few weeks. I know the Rangers are going to do this right. No worries. I’m just very excited, like it’s going back to normal. People are coming back in.” 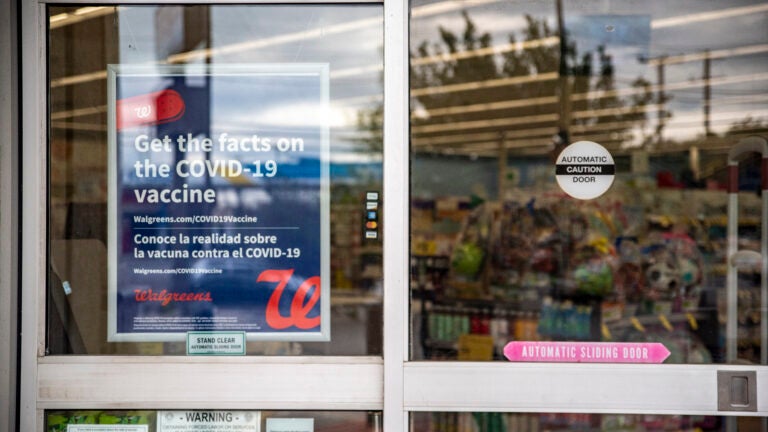