Three highly infectious COVID-19 variants are now estimated to account for more than half of all infections in Massachusetts, expert witnesses said during a state legislative hearing Tuesday.

Dr. Bronwyn MacInnis, the director of pathogen genomic surveillance at the Broad Institute of MIT and Harvard, testified to lawmakers that, as of Monday night, the three so-called “variants of concern,” which are more transmissible than initial versions of the virus, had risen to make up more than 50 percent of the statewide sampling of cases examined by the Cambridge research center.

“The horse is out of the gate,” MacInnis said, calling the threshold “significant” if not “terribly surprising.”

Federal data shows that the B.1.1.7. variant, which originated in the United Kingdom, is now by far the most common version of COVID-19 in the United States. Massachusetts is also the state with the most identified cases of the P.1 variant, which was first detected in Brazil, due to a recent cluster of infections on Cape Cod and the state’s relatively robust sequencing efforts.

In Massachusetts, federal data says there have been a total of 1,100 cases of the B.1.1.7 variant, 102 cases of the P.1 variant, and 12 cases of the B.1.351 variant, which originated in South Africa. But those numbers come from a tiny slice of overall cases; MacInnis says the state is currently sequencing roughly 1.4 percent of all cases, slightly above the national average of about 1 percent.

While concerned by the trends, experts also noted that public health data suggests the rise — and most adverse consequences — of the variants have been at least somewhat blunted by the vaccinations.

Dr. Paul Biddinger, the head of emergency preparedness at Massachusetts General Hospital and chair of the state’s COVID-19 vaccine advisory group, noted that deaths due to the disease have largely continued to trend downward since the beginning of February, even as the decline in infections and hospitalizations leveled off and slightly increased in late March. Biddinger attributed the divergent trends to the rollout of the vaccines, which prioritized older residents and other individuals who are more vulnerable to severe illness due to COVID-19. State officials say that more than 80 percent of residents over the age of 75, who continue to account for a vastly disproportionate number of the state’s COVID-19 deaths, have been vaccinated.

“Cases obviously we want down, but … I think we’re seeing a bit of an uncoupling between the rate of case prevalence and new cases, and the consequences of hospitalizations and deaths,” Biddinger said during the hearing Tuesday, adding that the new phenomenon makes it “incredibly hard” to analyze the data given how hospitalization and death trends already lag behind reported infections.

As of Monday afternoon, Massachusetts was still averaging more than 1,600 new cases a day and had 699 hospitalized patients due to COVID-19. However, the state is also averaging fewer than 10 deaths a day for the first time since March 2020.

Biddinger advised state officials to continue to be “vigilant” and “nimble,” but suggested the current prevalence, even with the rise of variants, doesn’t necessitate tightening restrictions.

“The most important thing, and this is obviously said with the bias of a physician, is preventing hospitalizations and deaths,” Biddinger said, adding that any increase in hospitalizations should be taken seriously.

“COVID has constantly surprised us,” he said.

Asked what would necessitate additional action, Biddinger said hospitalizations due to COVID-19 cresting over 1,000 would begin to strain the state’s health care resources. He also said that new daily infections rising in the range of the mid-2,000s to above 3,000 would be “a case prevalence that I worry about.”

At the same time, experts said the state should work to increase genomic sequencing to monitor new concerning variants, both known and unknown. Dr. Nahid Bhadelia, an infectious diseases physician at Boston Medical Center, said additional emerging variants will be “a continuous challenge over the next couple of years,” particularly given the global divide between rich and poor countries when it comes to vaccine access.

MacInnis said that Massachusetts should aim to sequence 5 percent of all positive COVID-19 cases to confidently account for existing variants and “identify emerging threats.”

“Really, every virus is a variant from each other in some way,” she said. “So we’re constantly surveying the landscape for variants that are sputtering beneath the surface that haven’t been classified as formal variants of concern or variants of interest, but could be emerging threats. And this is important because, globally, we’ve found the known variants of concern really where we looked, and we’re only now getting to the point where we can look with deep resolution at what’s circulating in the state.” 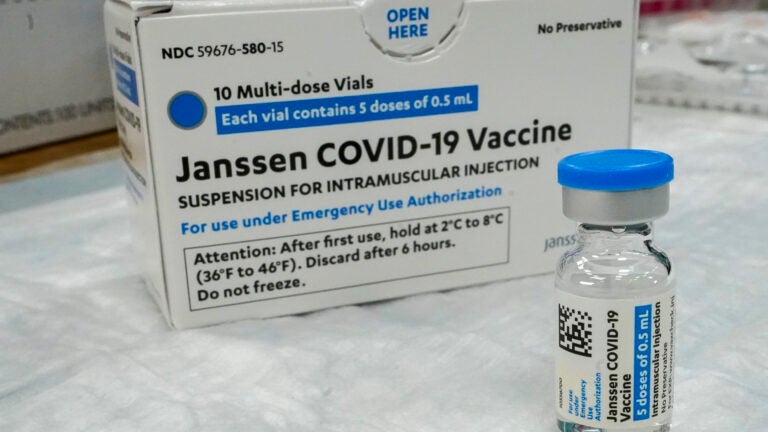