Boston will follow most of the state’s newly announced reopening timeline on a three-week delay, acting mayor Kim Janey said at a press conference Tuesday.

She said the city needed three weeks of additional time to “vaccinate vulnerable residents, accommodate dense neighborhoods, and support complex business districts.” The announcement came after a conference earlier Tuesday afternoon where Gov. Charlie Baker outlined a multi-step plan to phase out COVID-19 restrictions over the next few months.

“I am committed to protecting both the lives and the livelihoods of Boston residents,” Janey said, citing a $16 million investment in small businesses and efforts to revitalize Boston Main Streets with commercial rent assistance and other programs.

Boston will also adopt the state’s revised mask guidelines along on April 30. Janey encouraged residents to continue to wear masks.

Most of Boston’s reopening will be delayed by three weeks, with one major exception: Boston will join with the rest of the state to increase capacity at indoor and outdoor stadiums from 12 percent to 25 percent.

“I have personally had the opportunity to see the safety protocols already in place at Fenway Park,” Janey said.

Otherwise, road races, more amateur sports tournaments, and other large outdoor athletic events can return to the city on June 1 instead of May 10. Indoor singing can resume on June 1 as well.

Bars and beer gardens will be allowed to serve alcohol without food, and street festivals and parades can operate at 50 percent capacity on June 19 instead of May 29. Capacity limits will increase to 200 indoors and 250 outdoors on that same date.

The state is seeking 100 percent capacity in all industries and no more gathering limits on August 1, including reopening nightclubs, saunas, and other high-risk indoor settings. Boston will hold off until August 22, but Janey said she also anticipates a full reopening on that date as long as positive cases and vaccination data continue to improve.

The mayor cited several promising metrics in the city ahead of its eventual reopening: Positive tests are down 41 percent over the last two weeks with an overall positivity rate now down to 3.6 percent, and 55 percent of Boston residents over 16 have received at least one dose of a COVID-19 vaccine. The plan is subject to change based on the data. 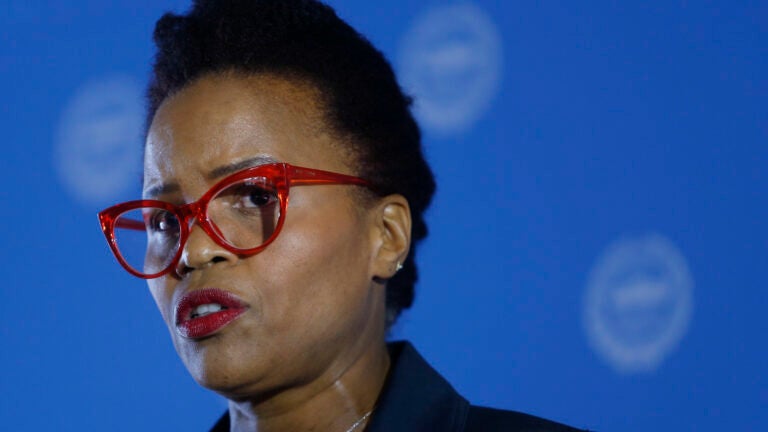