Massachusetts may have relaxed its outdoor mask mandate last week, but some parents say the state’s face covering rules remain unfairly restrictive on its youngest residents — and they’re pressing Gov. Charlie Baker to provide some air.

In a letter Thursday to the Baker administration, Bring Kids Back MA, a grassroots group of 5,000 parents, called on the state’s agencies to lift outdoor face covering requirements for children during summer camps, youth sports, recess, and other outside learning environments — even for instances when six feet of physical separation can’t be maintained.

“The evidence is piling up that outdoor transmission is low, that kids are at less risk, that more adults are vaccinated, and that the downside effects of continuing to limit children are becoming apparent,” Beth Humberd, a UMass Lowell professor and leader of Bring Kids Back MA, told Boston.com, adding that the state’s various agencies should coordinate a rollback of the rules.

The push comes after Baker eased the Massachusetts mask mandate last Friday to permit people to take off their face coverings in outdoor public settings when they can maintain a distance of approximately six feet from other non-household members.

Bring Kids Back MA, which was formed to push local schools to resume in-person learning during the pandemic, contends that the science doesn’t support such a cautious approach, especially with over 70 percent of adults in the state now at least partially vaccinated.

The World Health Organization has long said that children should not wear a mask when playing sports or doing physical activities, such as running or playing on the playground, “so that it doesn’t compromise their breathing,” though the international agency does say such activities should be organized to encourage continued distancing between individuals. Additionally, academic studies suggest that outdoor COVID-19 transmission, while “not impossible,” is very rare and that children face less risk from the disease.

Disease experts have also criticized recent federal guidelines for summer camps calling for face coverings to be worn at virtually all times, arguing that children should be able to safely engage in outdoor sports and activities unmasked. (Dr. Anthony Fauci subsequently called the guidelines “a bit strict.”)

“We’re not these anti-masker, anti-vax groups,” Humberd said in an interview Thursday. “We feel like our kids are being put in a situation where they’re least impacted medically by the virus but are being disproportionately impacted by the guidance.”

According to the letter Thursday, every other New England state has already dropped face covering requirements for outdoor youth sports.

“Massachusetts cannot continue to be a laggard on such matters,” the group wrote.

The letter also called on the Baker administration to remove school rules restricting the use of shared classroom materials — from books to art supplies to toys — given the evidence that COVID-19 spreads through the air, not on surfaces.

Baker told reporters Thursday that he had yet to read the letter, but noted that his administration has consistently faced criticism both from those who think the state’s rules are too lenient as well as those who think they’re too harsh.

“We’ll certainly take a look at the information that’s being made available there, and if we think we need to make a change, we will,” said the governor, who has previously blamed youth sports-related COVID-19 outbreaks on the gatherings happening outside the games.

According to Humberd, the mask requirements are not without downside; she raised concerns that the “inconsistencies” have resulted in varying implementations at the local level, adding that the confusion could ultimately undermine trust in public health rules at large. Humberd said she found it hard to defend the rules to her elementary school-aged son, after he finished a soccer game in a sweat-soaked mask.

“I don’t know what that’s doing for anyone,” she said.

Humberd also noted that another fellow member of the Bring Kids Back MA group attended a soccer game in which a masked Massachusetts-based team played an unmasked team in Connecticut.

“It’s just really hard to watch that and not cry ‘uncle’ at the inconsistencies and disconnect between policy and science,” she said. 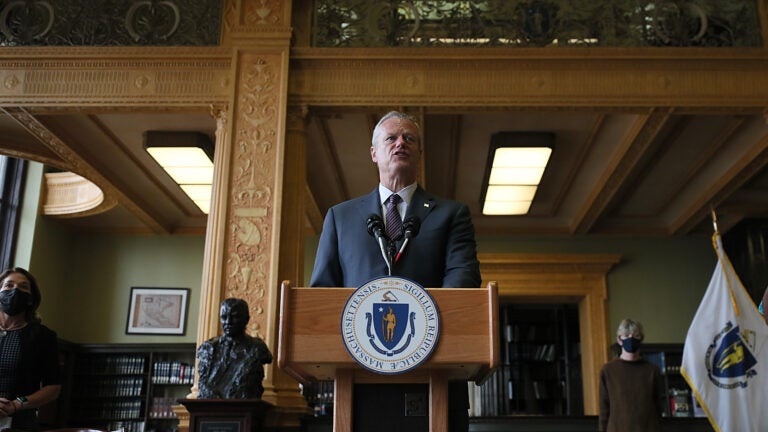 What changes when the state of emergency lifts on June 15