As vaccinations continue across New England, many are still wondering whether available vaccines protect against the now widespread coronavirus variants. A new study suggests that they do.

A study published in the scientific journal Nature on Wednesday looked at immune responses against four widespread coronavirus variants, and found that several responses play a role in fighting off infection.

The methods were rather straightforward: 20 people received the Johnson & Johnson vaccine, 5 got a placebo, and their blood was analyzed for immune responses against the variants initially discovered in the United Kingdom, South Africa, Brazil, and California.

Researchers found that neutralizing antibodies – disease-fighting antibodies which prevent the virus from entering cells – decreased fivefold when exposed to the B.1.351 (South Africa) variant. T cells, another important part of the body’s immune response, continue to protect the body. Reporting from NPR noted that T cells don’t necessarily prevent infection but slow it down, especially the CD8 T cells.

“Those are the killer T cells,” study leader Dr. Dan Barouch told NPR. “Those are the types of T cells that can basically seek out and destroy cells that are infected and help clear infection directly.”

The study concluded that while neutralizing antibodies were reduced against the South Africa and Brazil variants, other functional antibody and T cell responses remained strong.

Barouch, who also runs Beth Israel’s virology center, told The Boston Globe that while variants may evade the neutralizing antibody response that the COVID-19 vaccines are designed to produce, this study suggests other responses help the body fight off the virus. To Barouch, it’s also more reasons for everyone to get vaccinated as soon as possible.

“Given that we already know that this vaccine protects well against variants, these data help explain why,” Barouch told the Globe. “Even though the neutralizing antibody responses are reduced, other components of the immune response were not reduced much … or at all.” 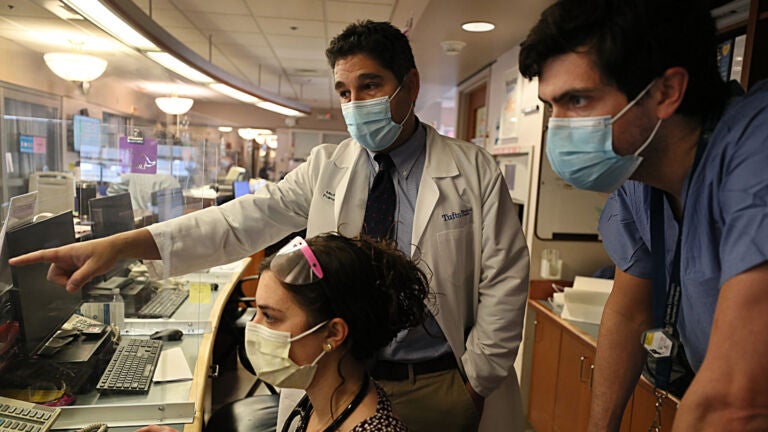