The supercontagious Delta variant of the coronavirus is responsible for about 1 in 5 COVID-19 cases in the United States, and its prevalence has doubled in the last two weeks, heath officials said Tuesday.

First identified in India, Delta is one of several “variants of concern,” as designated by the Centers for Disease Control and Prevention and the World Health Organization. It has spread rapidly through India and Britain.

Its appearance in the United States is not surprising. And with vaccinations ticking up and COVID-19 case numbers falling, it’s unclear how much of a problem Delta will cause here. Still, its swift rise has prompted concerns that it might jeopardize the nation’s progress in beating back the pandemic.

“The Delta variant is currently the greatest threat in the U.S. to our attempt to eliminate COVID-19,” Dr. Anthony Fauci, the nation’s leading infectious disease expert, said at the briefing. The good news, he said, is that the vaccines authorized in the United States work against the variant. “We have the tools,” he said. “So let’s use them and crush the outbreak.”

Here are answers to some common questions about the Delta variant.

Why are people worried about the Delta variant?

Delta, formerly known as B.1.617.2, is believed to be the most transmissible variant yet, spreading more easily than both the original strain of the virus and the Alpha variant first identified in Britain. Public health officials there have said that Delta could be 50% more contagious than Alpha, although estimates of its infectiousness vary.

Other evidence suggests that the variant may partially evade the antibodies made by the body after a coronavirus infection or vaccination. And the variant may render certain monoclonal antibody treatments less effective, the CDC notes.

Delta may also cause more severe illness. A recent Scottish study, for instance, found that people infected by the Delta variant were roughly twice as likely to be hospitalized than those infected with Alpha. But uncertainties remain, scientists said.

“The severe disease piece I think is the one question that really hasn’t been answered yet,” said Dr. Michael Osterholm, director of the Center for Infectious Disease Research and Policy at the University of Minnesota.

Where is it spreading?

Delta has been reported in 80 countries. It is now the most common variant in India and Britain, where it accounts for more than 90% of cases.

Delta was first identified in the United States in March. Although Alpha remains the most prevalent variant here, Delta has spread quickly. In early April, Delta represented just 0.1% of cases in the United States, according to the CDC. By early May, Delta accounted for 1.3% of cases, and by early June, that figure had jumped to 9.5%. A few days ago, the estimate reached 20.6%, Fauci said at the briefing.

If I’m vaccinated, do I need to worry?

The Delta variant is unlikely to pose much risk to people who have been fully vaccinated, experts said.

“If you’re fully vaccinated, I would largely not worry about it,” said Dr. Ashish K. Jha, dean of the Brown University School of Public Health.

According to one recent study, the Pfizer-BioNTech vaccine was 88% effective at protecting against symptomatic disease caused by Delta, compared with its 93% effectiveness against the Alpha variant. But a single dose of the vaccine was just 33% effective against Delta, the study found.

“Fully immunized individuals should do well with this new phase of the epidemic,” said Dr. Peter Hotez, dean of the National School of Tropical Medicine at Baylor College of Medicine. “However, the protection offered by a single dose appears low, and of course if you are not at all vaccinated, consider yourself at high risk.”

Delta is likely to infect “large numbers” of unvaccinated people, he said.

Will it cause a new surge?

The pandemic is waning in the United States, with cases, hospitalizations and deaths declining. The seven-day case average, roughly 10,350 a day, is the lowest since March 2020, Dr. Rochelle Walensky, director of the CDC, said at the briefing Tuesday. “These numbers demonstrate the extraordinary progress we’ve made against a formidable foe,” she said.

So while Delta may account for an increasing percentage of cases, it is not yet clear whether it will drive the total number of cases higher.

“I think we are not going to see another big, national surge in the United States, because we have enough vaccination to prevent that,” Osterholm said.

Still, vaccination rates have been highly uneven and are lower in certain states and demographic groups. Delta could fuel outbreaks in the South, where vaccinations lag, or among young people, who are less likely to be vaccinated than their elders.

“In places where there’s still a lot of susceptibility to the virus, it opens a window for cases to start going up again,” said Justin Lessler, an infectious disease public health researcher at Johns Hopkins University. “But even in those states, and certainly nationally, we’re probably not getting back to the numbers we were seeing last winter.”

Still, he said, it could prolong our path out of the pandemic. “It continues the doldrums,” he said.

What can I do?

Get vaccinated. If you’re already vaccinated, encourage your family, friends and neighbors to get vaccinated. Vaccination is likely to slow the spread of all the variants and reduce the odds that new, even more dangerous variants emerge.

“I encourage people who are vaccinated to trust in the vaccines but be cognizant that new variants will continue to occur where transmission exists,” said Saskia Popescu, an infectious disease public health researcher at George Mason University. “So it’s really about ensuring local, national and global vaccination.” 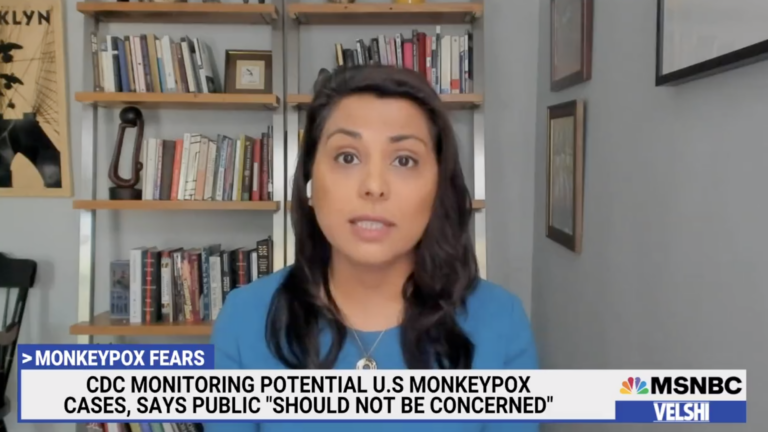 Boston doctor on monkeypox: ‘We don’t expect these clusters to get bigger’