The number of COVID-19 cases linked to an outbreak in Provincetown continues to rise.

Town Manager Alex Morse announced Wednesday that a total of 833 confirmed positive cases have been associated with the cluster in the Cape Cod town since the surge began. That number is up from the 765 cases reported on Tuesday.

Of the 833 cases, 501 of the infections are in Massachusetts residents, 210 of whom are Provincetown residents, according to Morse.

“The remainder of individuals who tested positive reside in other states,” Morse said in a statement.

According to the town manager, seven hospitalizations have been reported in connection with the cluster. Five occurred in-state, while two took place out-of state.

No deaths have been reported in connection with the outbreak, which has included individuals who are fully vaccinated.

The numbers represent the cumulative cases linked to the outbreak, not the number of active cases or current hospitalizations. Morse said that of the 210 cases identified among Provincetown residents since July 1, about half had completed the self-isolation period associated with the incubation period of the virus as of Tuesday.

In response to the rising cases, town officials have reinstituted an indoor mask mandate and are resuming wastewater testing to monitor the coronavirus outbreak. The move came just a few days before the Centers for Disease Control and Prevention revised its guidelines for indoor mask use, reacting to the Delta variant driving infections across the country. The federal agency is now advising that all individuals — both unvaccinated and fully vaccinated — wear masks in indoor public spaces in counties that are seeing “substantial” or “high” levels of COVID-19. The agency defines that threshold as at least 50 new cases per 100,000 people in the last week or averaging a positive test rate above 8 percent.

According to the CDC, Barnstable County, which includes Provincetown, is listed as experiencing “high” transmission. Suffolk and Bristol counties fall in the “substantial” range.

Morse said local health officials remain focused on using testing to “gauge the impact of a cluster and the success of measures that are being taken to reduce viral spread” in Provincetown.

The town is working with Barnstable County to distribute at-home COVID-19 test kits to local residents, businesses, and visitors, he said.

“The test positivity rate (the number of tests that come back positive in relation to the total number of tests) have improved since surveillance of the Provincetown cluster began, from a peak of 15% on July 15th to a new low of 5.9% reported on July 27th,” Morse said.

Officials consider a test positivity rate under 5% as progress toward containing the outbreak, and a rate under 1% represents containment, Morse said.

The town is continuing to offer free daily testing and vaccinations at the Veterans Memorial Community Center. Officials are extending the testing through Aug. 13, while vaccines will continue to be offered through Aug. 6. 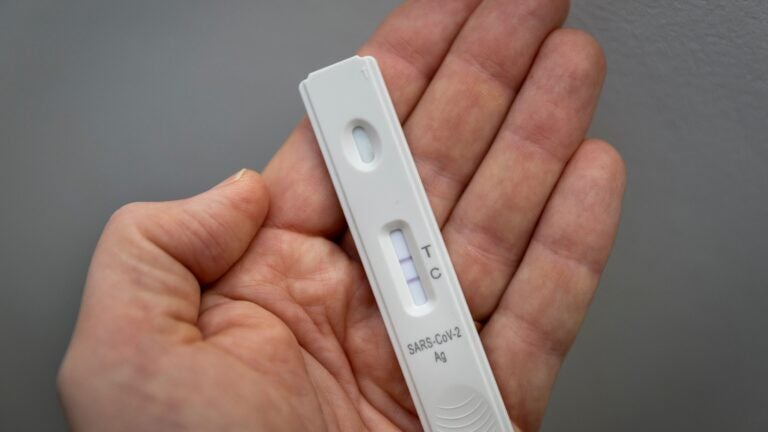