Pfizer announced Wednesday that the protection from its two-dose COVID-19 vaccine lessens over time, suggesting that a third shot may be needed.

But in an appearance on “Good Morning American” on Thursday, Dr. Ashish Jha said he reads the data from the company “a little differently.”

“I looked at that data, and six months out, out of the 22,000 people who had been vaccinated, only one of them had severe illness,” the dean of the Brown University School of Public Health said. “So my read of the data is that the vaccine, even six months out, has incredibly terrific protection against severe illness and hospitalizations and deaths.”

The doctor pointed out that the information came from prior to when the super-contagious Delta variant hit, so more data is needed.

“But I certainly don’t think everybody should be going out and thinking about booster shots,” Jha said. “I think we’re far away from that right now.”

He said that he does believe booster shots may be needed for the frail, elderly, and those who are immunocompromised.

“There are certain high-risk people for whom this may end up being necessary,” Jha said. “We’ll see what the FDA says. But I don’t believe right now, based on the data, that the kind of broad general population is going to need a booster shot.”

For the moment, as the Delta variant surges across the country, people who haven’t gotten vaccinated should go get the jab, he said. More should be learned soon about waning immunity in the people who got vaccinated early, who are now coming up on being six months out from their shots.

“If you’re a regular healthy person, I wouldn’t worry about it excessively,” Jha said. “I think there’s some high risk people for whom we have to pay attention and make sure that we know whether they will need a booster or not.” 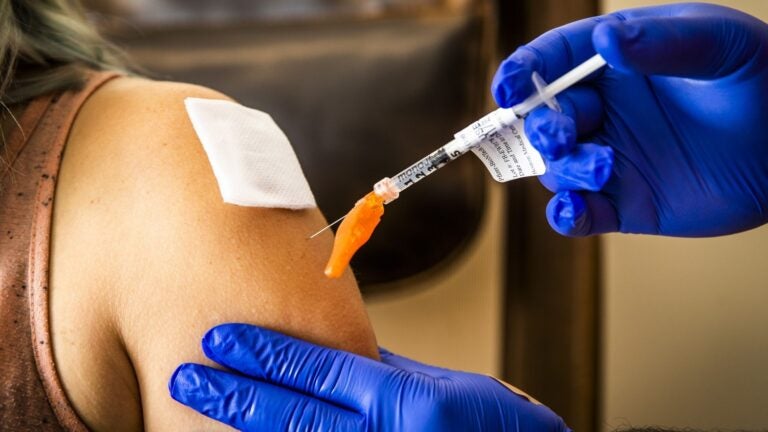