After getting their COVID-19 vaccine shots earlier this spring, two lucky Massachusetts residents received some life-changing money this week.

Baker announced the lottery-style sweepstakes for fully vaccinated residents in June as an incentive for more residents to get their shots.

However, Washington and Maldonado didn’t need any additional persuading; both got their vaccines earlier this spring shortly after they became eligible.

Washington said it was important for him to get vaccinated because he has family members with health conditions that could make them more vulnerable to the virus.

Alluding to much of the vaccine misinformation that has made some skeptical about getting their shots, Washington urged others to “turn off” the people on TV.

“Just really ask yourself, ‘Is your child, is your spouse, is your grandparents — are they worth you getting a vaccination?'” he said. “I mean that risk seems to be very, very easy for me to resolve. I think you will, too. If you care about them, you will probably do that.”

Maldonado, a rising sophomore at Chelsea High School, said she initially couldn’t believe it when her mom told her she won the scholarship grant.

“I thought it was a scam,” she said, laughing.

But as a low-income family in a city that has been among the hardest hit — both by the virus and the economic impacts of the pandemic — in Massachusetts, she added that she was “really happy” to get the opportunity to go on to college.

Even as just a sophomore, Maldonado said she’s prospectively looking at Boston University and the University of Massachusetts.

“We are a low-income family, so it was going to be hard for me to go continue my education,” said Maldonado, who noted that she’s interested in world history and math.

The event Thursday was the first of five weekly announcements, which will award five $1 million cash prizes to fully vaccinated residents who are at least 18 years old and five $300,000 scholarship grants to the those who are 12 to 17 years old.

Thursday is also the final day that vaccinated residents can register to be eligible for all four of the remaining VaxMillions drawings.

The second round of winners will be picked and announced next week.

Officials say that more than 2 million of the state’s 4.3 million vaccinated residents have signed up for the contest. To be eligible, residents must get both doses of the Pfizer or Moderna vaccine or the one shot of the Johnson & Johnson vaccine at least four days before each of the five drawings.

The first winners’ names were randomly selected Monday, and officials worked over the past several days to contact them and verify their vaccination status. Potential winners have 24 hours to respond to the Department of Public Health officials’ emails and phone calls to claim their prize.

Washington joked Thursday that he went so far as to Google the name of the DPH official who contacted him this week, assuming it might be spam.

“I was like, ‘Oh my God. This is real,'” he said. “I was just hesitant, and I responded back, and as the days went on, things started happening, and I’m like, ‘OK… maybe this is real.'”

While he had been looking at retirement, Washington added that he’s not there quite yet, even with the new windfall of money.

“I’ll be doing good things with it,” he said, later adding, “Plenty to do, plenty to do.”

Baker announced the VaxMillions Giveaway after other states saw some success using the so-called vaccine lotteries as an incentive to nudge holdouts to get their shots. Massachusetts, which has the second-highest rate of fully vaccinated residents in the country, has seen the demand for shots slow since spring, though the state continues to administer thousands of doses a day.

According to state data, nearly 75 percent of Massachusetts adults are fully vaccinated, and over 84 percent have gotten at least one shot. Of the 4.5 million eligible residents who are at least partially vaccinated, Baker said Thursday that 200,000 got their shots after the VaxMillions Giveaway was announced. 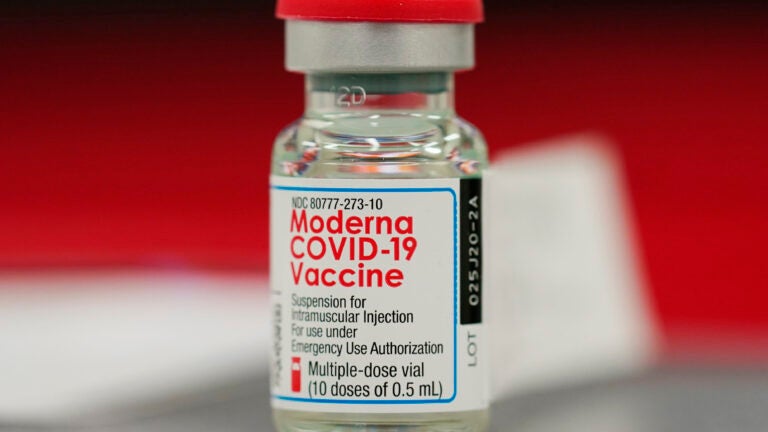