City Council President Pro Tempore Matt O’Malley has joined other city leaders in rebuking acting Mayor Kim Janey after he raised concerns over her handling of the COVID-19 pandemic as cases in the city rise again.

“The acting mayor has said we are leading in this. Boston is leading” in combatting the crisis, O’Malley, the District 6 councilor, said during the council’s Wednesday meeting. “That is simply not true.”

As O’Malley pointed out to his fellow councilors, cases have risen over the past month, and even year-over-year despite the availability of COVID-19 vaccines.

He added that he is not an epidemiologist, “but the fact of the matter is, the longer that we go, we’re going to see increased mutations of the virus with fewer people vaccinated.”

“And those mutations might mean the efficacy of the vaccination becomes less and less potent. We know how bad the delta variant is. The lambda variant is already on the horizon,” O’Malley said. “So we need to implement some strong, robust, and effective policies.”

Some folks have asked him why he’s so outspoken on this, he said.

O’Malley on Wednesday filed a resolution to support a vaccine mandate for city employees, although Janey unveiled a version of that policy last week, with requirements that all unvaccinated employees must undergo weekly virus testing. (O’Malley’s resolution passed unanimously.)

Still, O’Malley used his time introducing the measure to urge that both Janey and Gov. Charlie Baker do more to bring about public health protections based on the latest data, including a requirement for so-called vaccine passports in large and crowded indoor places like stadiums, restaurants, and fitness centers.

“I urge the governor, I urge the mayor: we need to show some real leadership,” O’Malley said. “We need to put some really strong … policies in place.”

“I’ll be damned if we continue this and by the end of this year, we’re going to go back to Zoom meetings,” he added. “But if we don’t get our act together, that’s a very real possibility.”

Janey has repeatedly expressed her opposition to a passport policy, arguing that the policy would disproportionately impact communities of color and Black Bostonians in particular — demographics whose vaccination rates are the lowest in the city.

Last week, Janey suggested such a policy would shut out unvaccinated residents from grocery stores. Both O’Malley and City Councilor Andrea Campbell, one of four candidates running against Janey, have said that is untrue.

Most — although not all — of Boston’s mayoral candidates support a vaccine passport in some form.

“I’m not for fear mongering, but the reality is the numbers speak for themselves as well as the low vaccination rates in certain communities, including my community of Mattapan,” said Campbell, perhaps the most outspoken critic of Janey as of late. “If we are going to stay ahead of this, if we’re going to continue to lead the way, if we’re going to save lives…we don’t have time to waste.” 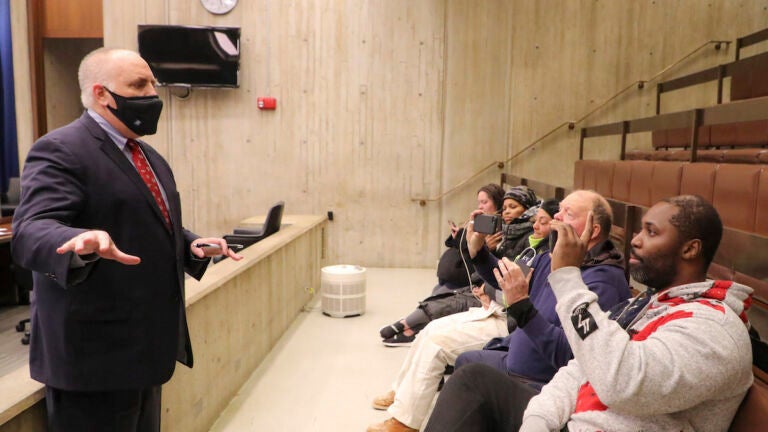