Cambridge resident Mark Lang stocked up on quarters in June when he moved into a rental unit with coin-operated laundry near Harvard Square.

“I noticed banks that used to allow anyone to walk in and get quarters started requiring you to have an account with them,” he told Boston.com. “I found out there was a national coin shortage from going to a TD Bank who told me they only gave quarters to customers.”

He’s a Bank of America member, and didn’t have any issues getting coins at his local branch, but that’s changed in the past few weeks. Last week, he visited a Harvard Square BofA around 3 p.m. and was told they’d run out that morning, so the next morning he biked in the rain to that branch then to another in Central Square, with no luck.

“I finished all my quarters, needed to do laundry, and multiple days in a row went to a few Bank of America locations and they were just out for days,” he said.

Lang texted his property manager alerting him of the problem, and asked if laundry could be free. While the manager didn’t oblige, he did sell Lang $40 worth of quarters.

“I’m just assuming these are the exact quarters I put in the machine in the first place, and he’s selling it back to me,” he said. “I’m thinking of it as a fun, circle-of-life thing.

Lang is not alone, but here’s the thing: it’s not a coin shortage that’s causing these issues, it’s a circulation problem largely due to the impacts of the pandemic.

The first reports came in spring 2020, when business as usual came to a grinding halt. On its website, the Federal Reserve notes there’s an adequate overall amount of coins in the economy, but business closures disrupted normal circulation patterns and reduced coin availability in some areas of the country. To help, in June 2020 the Federal Reserve worked with the U.S. Mint to place a temporary cap on the orders banks place for coins to ensure fair distribution.

According to the Federal Reserve, the Mint was only impacted for a few months in the early pandemic, and produced 14.8 billion coins in 2020, a 24% increase from the 11.9 billion coins produced in 2019.

“As the economy recovers and businesses reopen, more coins will flow back into retail and banking channels and eventually into the Federal Reserve, which should allow for the further rebuilding of coin inventories available for recirculation,” the Reserve writes on its website.

Things got a little better towards the end of 2020, but worsened again this summer. Recently, more and more residents dependent on coin-operated laundry have taken to social media to decry the challenge associated with doing a simple load of laundry.

People are coming up with various solutions to get their laundry done, but it’s taking more time and energy than anyone wants to put into finding a roll of quarters. Boston resident Ira Cekici told the Wall Street Journal in August that her parents gifted her $40 in quarters when she shared how difficult it was to find change. That meant 20 stress-free loads of laundry, but she’s now back to searching for coins.

Boston resident Kuromi Hendricks shared a story of desperation with the WSJ, involving an 11 p.m. trip to a 24-hour arcade to get quarters so she could wash her clothes before jury duty the next day.

The Federal Reserve convened the U.S. Coin Task Force in July 2020 to look into the issue, and in May the task force reported that of the $48.5 billion in coins already in circulation, most of it is sitting dormant in America’s 128 million households.

“The weak circulation affects most everyone, but the hardest hit are small cash-dependent businesses and those who are least well off” says Hannah vL. Walker, a U.S. Coin Task Force member. “For millions of Americans, cash is the only form of payment.”

Follow Lang’s example, and ask landlords or property managers to redistribute quarters to tenants. Getting together with neighbors could help, too, and then you have someone to ask if you’re one quarter short.

Call around to see if a laundromat near you isn’t coin-operated (though many coin-operated laundromats have coins available for customers, just not to take away). Showcase Laundromat in Somerville is one such spot: for the last seven years, they’ve offered a $2 card which works with all machines and can be refilled using cash or a debit or credit card.

Banks outside of populated areas are more likely to have quarters, so check in whenever you’re outside the city or ask friends and family to grab some if they have the chance.

Most of all, if you don’t need them, turn in your coins! Spend them, deposit them, or exchange them at banks or kiosks. According to the U.S. Coin Task Force, the coin circulation problem would be greatly reduced if just a fraction of the coin sitting dormant in households and businesses is redeemed and reused. 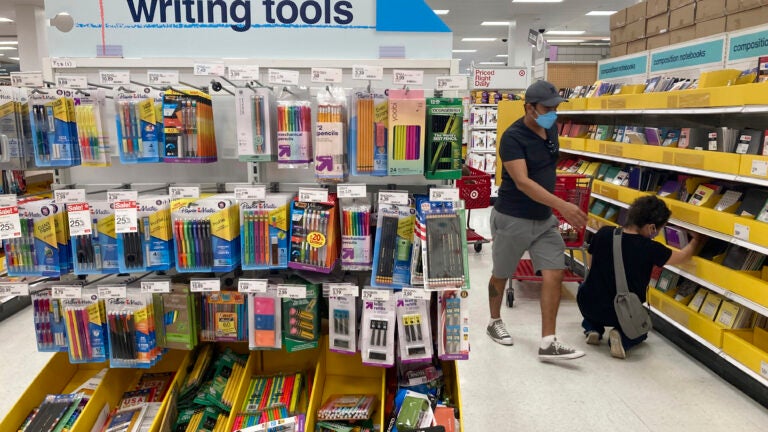