COVID-19 vaccine passports may not be in Boston’s immediate future; however, a night out at some’s the city’s well known late-night venues will require proof of vaccination or a negative test this fall.

Big Night Entertainment Group, the Boston-based company behind The Grand and Big Night Live, announced Tuesday that proof of COVID-19 vaccination or a recent negative test result will be required for entrance into several of its local nightclubs and live music venues beginning Oct. 4.

The requirement will apply to The Grand in the Seaport, Big Night Live by the TD Garden, Mémoire at the Encore Boston Harbor casino in Everett, and the Shrine nightclub at Foxwoods casino in Connecticut.

Big Night co-founder Ed Kane says guests will have to show their vaccination card or a picture of their card before entering.

Those who do not have proof of vaccination will have to show a negative test result (within 24 hours for a rapid test or 72 hours for a PCR test) to enter.

“I think we all owe each other a bit of responsibility here, and we want to make sure everybody’s safe,” Kane said in an interview Tuesday, adding that the vaccine requirement “isn’t a heavy lift.”

“If you don’t want to, you could walk next door to any CVS and get a test,” he said.

Beginning on Oct. 4, a similar requirement will also apply to all employees at a half dozen of Big Night’s nightclubs and live music venues: Big Night Live, The Grand, Scorpion Bar, Mémoire, Shrine, and Red Lantern Foxwoods. According to the company, workers will either have to be vaccinated or provide a weekly negative test result.

Boston reimposed an indoor mask mandate last month amid the recent increase in COVID-19 cases. Kane called the mandate, which includes exceptions for people actively eating or drinking, “tough” when “everybody in the place is drinking.”

While the requirement will add “a little bit of complexity” at the door, Kane says they’ll have extra staff and should be able to process people “pretty fast.”

“I’m sure we’ll lose a few clients and we’ll gain some clients who want to go out, now that they know that everybody in there is vaccinated or has a negative test,” he said. “That’ll give some people some comfort.”

Kane said the decision came after “many, many discussions” with Big Night’s booking partner, Live Nation, which is implementing the same requirement at its events nationwide beginning Oct. 4, after first using mandating proof of vaccination or a negative test at Lollapalooza in Chicago. According to Live Nation, roughly 12 percent of attendees said the festival was their reason for getting vaccinated.

More than a dozen Boston-area theaters have also taken it upon themselves to require vaccination or a negative test from artists, staff, and attendees this summer.

The announcement Tuesday comes ahead of Big Night’s plans to host a series of walk-up vaccine clinics at various venues over the next month. The first clinic is this Wednesday afternoon from 3 p.m. to 7 p.m. at The Grand with both the Pfizer and Johnson & Johnson vaccines available.

Kane says their goal is to vaccinate at least 100 people at the clinic Wednesday.

As an added incentive, Big Night says that individuals who get vaccinated at the clinic will receive a free ticket to “a select show” at The Grand.

“We’re in the hospitality business so, listen, if you get vaccinated, we’ll take great care of you,” Kane said. “That’s kind of been our mantra.” 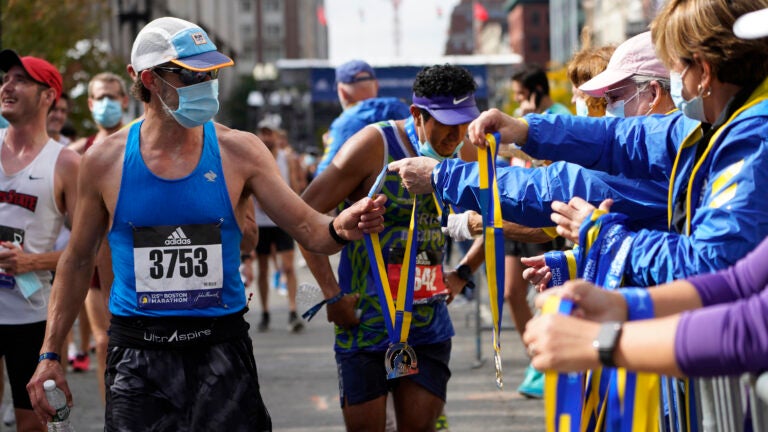