Davy Macias, 37, was intubated and dying of complications from covid-19 when doctors helped her give birth to her daughter. She would never see her baby.

Her husband, Daniel Macias, 39, would only get a brief glimpse of their child because he, too, was hospitalized after contracting the virus. According to Davy’s sister-in-law, Terri Serey, Daniel waited to name the baby girl because he believed he and his wife would walk out of the hospital alive to introduce the newborn to their four other children, the eldest age 7 and the youngest, 2.

But about a week after the baby was born, Davy died. Two weeks later, so did Daniel.

Daniel “was well enough to send me a picture of the baby,” Serey told The Washington Post. But “that was the last text I received from him.”

Davy and Daniel Macias, of Yucaipa, Calif., are among the 658,000 Americans to have died from covid-19 as the delta variant causes a resurgence of cases and health officials race to immunize a population divided on whether to take the shot. Davy Macias did not get vaccinated because she was pregnant, Serey said. It is unclear if Daniel was vaccinated.

The Centers for Disease Control and Prevention has urged those who are pregnant to take the vaccine, as studies have found that the coronavirus vaccine does not heighten the risk of miscarriages. Rather, research shows that those who are pregnant face a higher risk of severe covid-19 symptoms, preterm births and “other adverse pregnancy outcomes” if they contract the virus, the CDC says.

The deaths of Davy and Daniel Macias echo the story of Lydia and Lawrence Rodriguez, a Texas couple who last month died weeks apart from each other, leaving behind four children. Neither parent was vaccinated; before she died, Lydia Rodriguez asked her family to make sure her children received the vaccine.

The Macias children, who are being cared for by Daniel’s parents, have not quite grasped what has happened to their mother and father, Serey said. After Daniel died on Sept. 9, a counselor explained to the two eldest children, 7 and 5, that both of their parents were gone, Serey said. While the oldest child – Daniel and Davy’s only son – understood the situation, his younger sister is “still looking for mommy,” Serey said. All of the children, Serey has heard from the grandparents, “spend a lot of time at night looking for mom and dad.”

In June, Davy and Daniel celebrated 11 years of marriage. Davy was a registered nurse at the labor and delivery ward at Kaiser Permanente Fontana Medical Center, and Daniel was a teacher at Jehue Middle School in San Bernardino County. When asked what the couple enjoyed doing together, Serey had one answer: Their hobby was their kids.

Because Davy often worked nights, she would spend time with her kids during the day, Serey said. Davy’s TikTok account is almost entirely dedicated to chronicling life with her children. One video from last year shows her with her four kids, all of them dressed in shark costumes, dancing to Coolio’s “Gangsta’s Paradise.”

In early August, the entire family came down with covid-19, Serey said. While the children recovered relatively quickly, the symptoms only worsened for Davy, who went to the hospital for treatment. Less than a week later, Daniel followed.

Davy was already intubated and had stopped directly communicating with her family by the time her newest daughter was born via Caesarean section on Aug. 18, Serey said. About three days after the baby was born, Daniel was intubated. The husband and wife were only a few rooms apart at the hospital. “He had no idea that she passed away,” Serey said.

As news circulated about the couple’s deaths, Serey said strangers have reached out to her and her husband – Davy’s brother, Vong – to ask whether they should take the vaccine.

“They ask me questions about side effects,” Serey said. “It’s interesting, because people want somebody to give them the answer.”

Her answer? “I don’t know anybody that’s died from the vaccine, but I do know people who have died from covid.”

Serey said she does not know whether Davy had regrets about not taking the coronavirus vaccine, but she did get the impression that Davy didn’t believe she’d get seriously ill.

“I don’t believe that she really thought it was going to get that bad.” 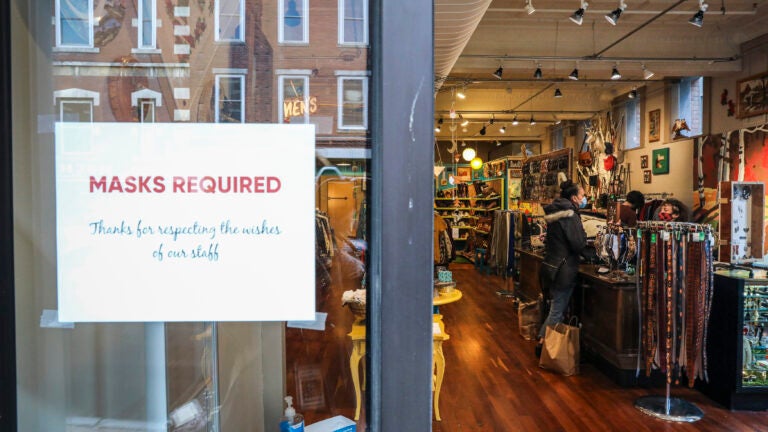 Which mask? What test? COVID’s latest surge spreads an epidemic of confusion.