Federal regulators are poised to grant final approval for COVID-19 vaccine booster shots this week, after a panel of health experts recommended making third Pfizer vaccine doses available for individuals over the age of 65, as well as those who are at high risk of severe disease, last Friday.

The expected move is a welcome development for Americans concerned about the waning effectiveness of the vaccines and the highly contagious delta variant. But for the leaders of the World Health Organization, it’s appalling.

With a majority of the worldwide population, especially in low-income countries, still waiting to get a first vaccine dose, WHO officials have criticized rich countries’ plans to set aside shots for boosters for their own citizens.

During a virtual appearance Wednesday at the inaugural Globe Summit, the head of the National Institute of Allergy and Infectious Diseases defended the United States’ plan, casting boosters as a central part of the COVID-19 vaccine regimen.

Fauci pointed to data from Israel, which began vaccinating its population ahead of the United States, suggesting that the protection offered by the Pfizer vaccine began to drop, until the country implemented its booster program (though some argue the reports about waning immunity have been overstated).

“When they implemented their booster program, it is unequivocal that the boosters have increased the degree of protection over and above what the protection was with just the original two doses,” Fauci said.

Fauci did say the WHO’s criticism was “understandable.”

“They appropriately are interested in the equity of getting vaccines to the rest of the world,” he said. “I am very much in favor of that.”

Fauci argues that the United States can do — and is doing — both.

In addition to providing boosters to the American population, Fauci said that the United State has given 130 million doses to 90 countries and plans to distribute 500 million through the first half of 2022, of which 200 million will go out this year. Additionally, he said the United States has donated $4 billion to the global vaccine initiative COVAX and worked with vaccine manufacturers to increase their production capacity “so that we can get more doses to the developing world.”

WHO Director-General Tedros Adhanom Ghebreyesus said earlier this month that he was “appalled” by such statements from vaccine companies, contending that there has already been enough supply for both boosters and address shortages in poorer countries. While rich countries have offered to donate 1 billion doses to other nations, Tedros said fewer than 15 percent have “materialized.”

But according to Fauci, the third shots should be viewed as a part of the COVID-19 vaccine regimen, just like the first and second shots, if only more delayed (for example, tetanus shots follow a similar three-dose timeline).

Fauci said that officials didn’t initially realize three shots would be necessary due to the immediacy of addressing the raging pandemic.

“The reason we didn’t know that right away is because we were dealing with such an emergency situation,” he said. “We needed to show the vaccine was effective and safe, which we did with the two shots, and we needed to implement that to save lives, which we have probably already saved millions of lives. But at the end of the day I believe the correct regimen is going to be two doses at first and, a few months later, a third dose.”

For the one-shot Johnson & Johnson vaccine, Fauci said the regimen will follow a similar pattern: a first dose followed a few months later by the second dose.

While lower vaccination rates in other parts of the world have amplified concerns about the risk of additional dangerous variants mutating and emerging, Fauci suggested global vaccine supply shouldn’t come at the expense of boosters.

“You’re going to prevent the emergence of variants by doing both — by properly vaccinating people, including the boost, as well as, at the same time, you vaccinate the rest of the world,” he said.

New variants can emerge from the virus circulating among unvaccinated populations, he said. But they could also come from “a population that was vaccinated but, because they haven’t been boosted yet, the virus is still circulating in society.”

“Both of those scenarios are leading to the emergence of new variants,” he said. 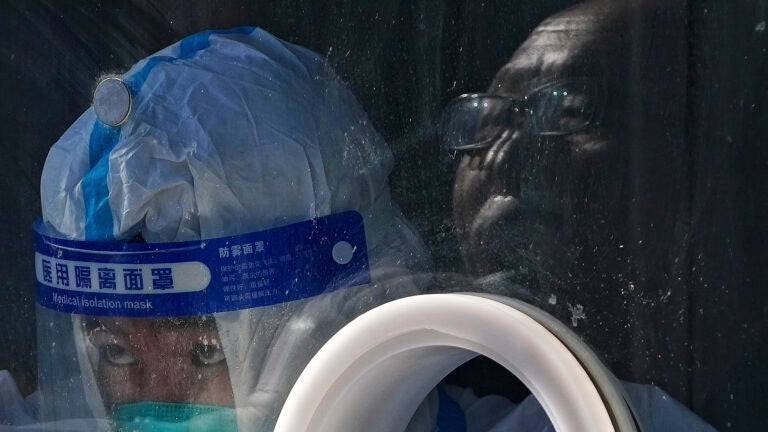