The Food and Drug Administration has authorized Pfizer COVID-19 vaccine booster shots for certain older Americans and those considered at high risk for complications from COVID-19. Here are answers to some of your questions.

Who is eligible for a booster shot?

Last week, the FDA authorized booster shots for a select group of people who received their second dose of the Pfizer vaccine at least six months ago. Eligible people include Pfizer recipients who are 65 and older or who live in long-term care facilities.

The agency also authorized boosters for adults who are at high risk of severe COVID-19 because of an underlying medical condition as well as for health care workers and others whose jobs put them at risk.

People with weakened immune systems who received the Pfizer or Moderna vaccines also are eligible for a third shot at least four weeks after their second dose.

For these patients, the third shot is not really a booster dose but is now part of the recommended immunization schedule for those with compromised immune systems who don’t generate a robust response after just two shots. About 3% of Americans are in this group for a variety of reasons, including those who received an organ transplant.

Will people who received Moderna or Johnson & Johnson vaccines be eligible for a booster shot?

Regulators have not made additional recommendations about booster shots for recipients of the Moderna and Johnson & Johnson vaccines, but officials say those may come soon.

The Moderna vaccine uses similar technology as the Pfizer vaccine, and the company has applied for FDA authorization of booster shots.

The Johnson & Johnson vaccine is given as a single dose and uses a different method to stimulate antibodies to the virus.

The company has not submitted an application for boosters to the FDA, but it has reported that two doses of its vaccine delivered 94% efficacy against mild to severe COVID-19 in the United States, up from 74% conferred with a single shot.

What underlying medical conditions are eligible for booster doses?

The Centers for Disease Control and Prevention has said the risk of complications from COVID-19 is highest for people with high blood pressure, diabetes, obesity, cancer, chronic lung or kidney disease, heart disease, dementia and certain disabilities.

A CDC scientific committee said that people who are over 50 and have underlying medical concerns should get boosters, but it advised people 18 to 49 with at-risk conditions to make decisions based on their individual risk.

The category of immunocompromised people who are eligible for a third Pfizer or Moderna shot (technically not a booster dose) includes people who are undergoing cancer treatment; those who have received an organ or stem cell transplant and are taking medicine to suppress the immune system; people with primary immunodeficiency, or advanced or untreated HIV infection; or people taking high-dose corticosteroids or other drugs that suppress the immune response.

What professions are eligible for boosters?

The FDA authorized booster doses for workers whose jobs put them at high risk of exposure to potentially infectious people. So far that list includes health care workers, teachers and day care staff, grocery workers, and people who work in homeless shelters or prisons.

The CDC’s advisers said boosters should not be given to so many healthy people since the vaccines remain highly effective at preventing severe illness, but in an unusual move, that decision was reversed by Dr. Rochelle Walensky, the CDC director.

How and when can I get a booster if I qualify?

The White House began promoting and rolling out a plan for booster shots Friday. Health departments, pharmacies and doctors’ offices will dispense boosters much the same way that they administered the first and second doses.

Call ahead to find out about scheduling, and bring your vaccine card. Proof of an underlying medical condition won’t be required, but you may want to discuss the risks and benefits with your doctor.

You will be able to find more information about getting a booster shot on your state’s health department website or pharmacy websites.

People who are immunocompromised also can talk to their physicians about the best way to get a third shot. Since the FDA fully approved the Pfizer vaccine as a two-dose regimen last month, physicians have had broad latitude to prescribe a third dose to people they deemed in need of one.

What if it’s been less than six months since I was vaccinated?

While people who are severely immunocompromised can get a third shot sooner, everyone else who qualifies should wait until at least six months after their second shots. In addition to a lack of safety data, getting a booster too soon is probably a waste of a dose and may not increase your antibodies in a meaningful way.

Will a third dose ever be available to the general public?

While the Biden administration has said it supported booster shots for everyone who is eight months post-vaccination, the plan has been rejected by FDA scientists.

But the recommendation could change as more data becomes available on the durability of vaccine antibodies over time.

The good news is that the consensus in the scientific community is that all the vaccines continue to provide strong protection against severe illness, hospitalization and death from COVID-19.

What are the side effects of booster shots?

While data is limited, so far reactions reported after the third mRNA dose from Pfizer or Moderna were similar to those of the two-dose series: Fatigue and pain at the injection site were the most commonly reported side effects, and, overall, most symptoms were mild to moderate, the CDC says.

A survey from Israel, where booster shots already are being given, found that 88% of Pfizer vaccine recipients said that in the days after the third dose, they felt “similar or better” to how they felt after the second shot.

About one-third of respondents reported some side effects, with the most common being soreness at the injection site, and 1% said they sought medical treatment because of one or more side effects.

Can I mix COVID vaccines?

It’s not recommended. For now, Pfizer vaccine recipients are advised to get a Pfizer booster shot, and Moderna and Johnson & Johnson recipients should wait until booster doses are approved for their manufacturer’s vaccine.

Some people who have received the Johnson & Johnson vaccine are seeking a Pfizer booster shot on their own.

San Francisco health officials have said that they will accommodate these requests as long as people consult with their doctors first. 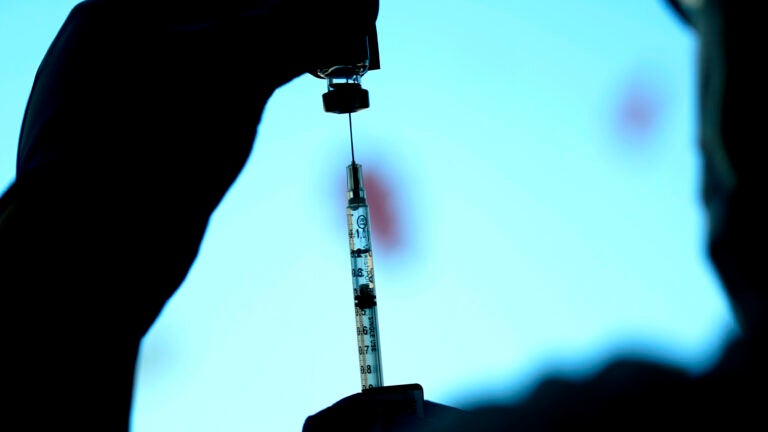