“Lack of one is becoming an issue,” the dean of the Brown University School of Public Health said on Twitter.

Jha broke down his reasoning on Sunday night, sharing his experience taking an overnight flight from Los Angeles to Boston over the weekend.

The doctor said when he arrived at the gate for the trip, he noticed another passenger with a mask that was “barely” covering her mouth. He said he moved away from the area, but once he boarded the plane, the woman sat down next to him.

“Sitting next to someone who is essentially maskless wasn’t great,” Jha said. “Truth is, if your nose isn’t covered, you really aren’t wearing a mask. She then started singing to a video on her phone. Really. Her flimsy cloth mask wasn’t doing much at that point.”

Face coverings are required on planes, buses, trains and other forms of public transportation, and the Centers for Disease Control and Prevention recommends delaying travel until you are fully vaccinated. For those who are traveling while unvaccinated, the agency advises getting tested for COVID-19 one to three days before your departure, wearing a mask during your trip, and getting tested three to five days after your travel while also staying home and self-quarantining for seven days.

Jha said a flight attendant asked the woman to pull her mask up, and she did.

The woman then started chatting with Jha, recognizing him from his appearances on TV.

“She then volunteered she wasn’t going to get the vaccine,” the doctor wrote. “I tried to engage her on why. Her mask fell below her nose again. We kept chatting for a bit. I asked her nicely to pull up her mask. She got annoyed but did.”

But 10 minutes later, the mask was “down again,” according to Jha. He again asked her to pull it up, which he said she did while glaring at him, he said.

Then, the plane’s lights dimmed for the flight and Jha said he couldn’t see anymore.

“We sat inches apart for a 5 1/2 hour flight with her variably masked,” Jha said. “I don’t love sitting next to an unvaccinated, unmasked person for hours. Why do I care? I’d rather not get a breakthrough infection.”

Jha said wearing his KF94, a high filtration mask, he was “likely safe.”

But the woman was sitting in the middle seat, and the passenger on her other side was an older man wearing a cloth mask.

He said the problem is that there is very little ability to control what happens on planes, spaces where the air is shared by strangers for what can be long periods of time.

“Asking them to do more is not tenable,” Jha said. “But vaccine mandates for air travel are. Canada has done it. We should too. Mandate vaccine or negative test for air travel.”

He said he recognizes the woman seated next to him on the plane had “the freedom” not to get vaccinated. But the doctor argued the older man seated on her other side has “the right to fly without getting infected.”

“We can’t expect mitigation measures to be enforced well enough to prevent transmission on airplanes forever,” he said. 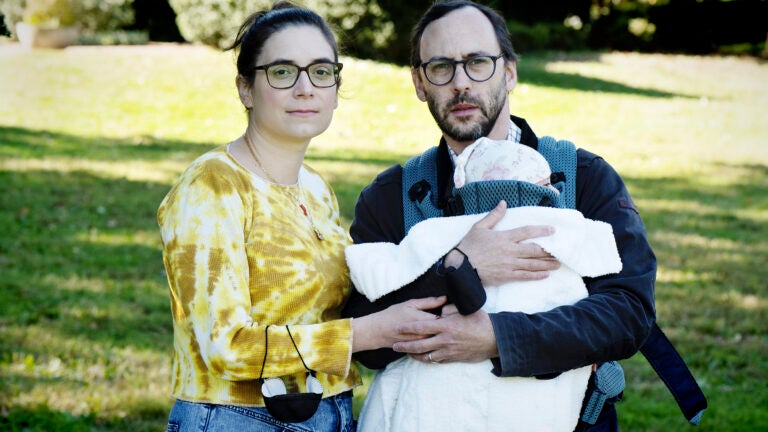 For those still trying to duck COVID, the isolation is worse than ever