South Carolina Republican Sen. Lindsey Graham was only midway through his sentence when the crowd began shouting over him.

“No!” attendees at a Republican event held Saturday responded as others booed. Graham was speaking at a country club in Summerville, S.C., about 25 miles outside of Charleston.

Bowing his head and holding up a hand, the 66-year-old — who got his coronavirus vaccine in December — responded to the crowd, telling them, “I didn’t tell you to get it. You ought to think about it.”

“No!” they yelled again, prompting Graham to defend his choice to get immunized. After experiencing a breakthrough coronavirus infection this summer, he credited the vaccine with keeping his symptoms at bay.

“I’m glad I got it,” Graham said at the event on Saturday, adding that a high percentage of the people hospitalized with covid in South Carolina are unvaccinated.

The crowd again responded quickly, yelling: “False!” and “Not true!” Video of the event was posted by the Daily Beast.

Graham is the latest Republican to face backlash from his own party’s supporters when promoting coronavirus vaccines or talking about their safety and efficacy. Former president Donald Trump was booed in August when he told supporters in Alabama he recommends taking the vaccines. About three weeks earlier, Arkansas Gov. Asa Hutchinson faced pushback from a crowd when he said coronavirus vaccines do not cause infertility – a claim health officials have also debunked.

As the highly contagious delta variant started to spread over the summer, officials in South Carolina said most of the new covid-19 cases and deaths were among unvaccinated patients. In June, people who were not fully vaccinated accounted for 86 percent of covid-related hospitalizations. In August, state health officials referred to the spiking coronavirus cases as a “pandemic of the unvaccinated.”

Graham is among the roughly 2.4 million people in South Carolina who are fully vaccinated, according to The Washington Post’s vaccine tracker. That accounts for nearly 48 percent of the population there — a rate that falls below the national average. About 56 percent of people across the country are fully vaccinated.

Mistrust about the vaccines is especially high among some Republicans. The partisan gap in coronavirus vaccination rates has grown over time, according to the nonprofit Kaiser Family Foundation.

While vaccination rates are slowing in both groups, the organization noted that “the gap has widened over time.”

Graham told his supporters on Saturday that he was standing by what he believed about the vaccines being effective in fighting covid. His office did not immediately respond to a request for comment.

When Graham asked event attendees on Saturday to raise their hands if they had taken a vaccine for the measles, several responded “it’s not the same,” with one calling coronavirus vaccines “experimental,” which is untrue.

The available coronavirus vaccines have completed clinical trials. The Pfizer vaccine has been approved by the Food and Drug Administration. The Moderna and Johnson & Johnson shots have been authorized for emergency use.

Graham told the Republican supporters that while he views the vaccines as safe and effective, he shares their concerns about vaccine mandates, calling into question their constitutionality. A lawsuit has already been filed to stop vaccination mandates for the federal workforce, including the military, which announced in August upcoming immunization requirements for all active-duty and reserve personnel.

A man at Saturday’s event at the South Carolina country club told Graham he was 60 days away from losing his job as a Navy civilian because of the vaccine mandate.

“You have got to stop it now,” the man said to the senator. Graham told him doing so will require the Republicans taking back control of Congress during the 2022 midterms. 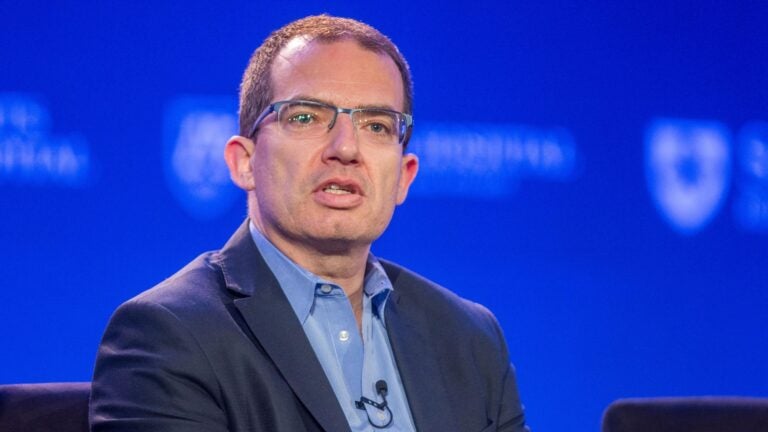 Existing vaccines might not be effective against omicron variant right away, Moderna CEO says