Rapid at-home COVID-19 testing is about to become much more widely available in the United States, the Food and Drug Administration said, following authorization of a mass-produced testing kit.

Competing at-home tests have been on the market for months, but Acon Laboratories’ test, authorized by the agency Monday, “is expected to double rapid at-home testing capacity in the U.S. over the next several weeks,” Dr. Jeffrey E. Shuren, director of the FDA’s Center for Devices and Radiological Health, said in a statement.

“By year’s end, the manufacturer plans to produce more than 100 million tests per month, and this number will rise to 200 million per month by February 2022,” he said.

Like tests already available from Abbott, Quidel, Becton Dickinson and other makers, Acon’s test is made to detect antigens, proteins from the coronavirus, on a nasal swab, and produces results in 15 minutes.

Such tests, which cost as little as $10, are not as sensitive as PCR tests, which replicate the virus’s genetic material and are performed in labs. As a result, experts recommend that users carefully follow instructions and test themselves more than once, rather than trust what might be a false negative result.

But antigen tests are highly accurate in detecting infection in someone who is suffering symptoms in the first week after they appear, when the viral load is likely to be highest.

Despite their limitations, “we believe at-home diagnostic tests play a critical role in the fight against COVID-19,” Shuren said.

Demand for at-home tests has grown sharply as workplaces and schools have reopened, the highly contagious delta variant has spread, and many people have returned to in-person gatherings and travel. At times they have been hard for consumers to find.

Federal regulators have approved hundreds of lab tests for the coronavirus, and some kits for taking samples at home and sending them to labs, but only a handful of at-home tests. 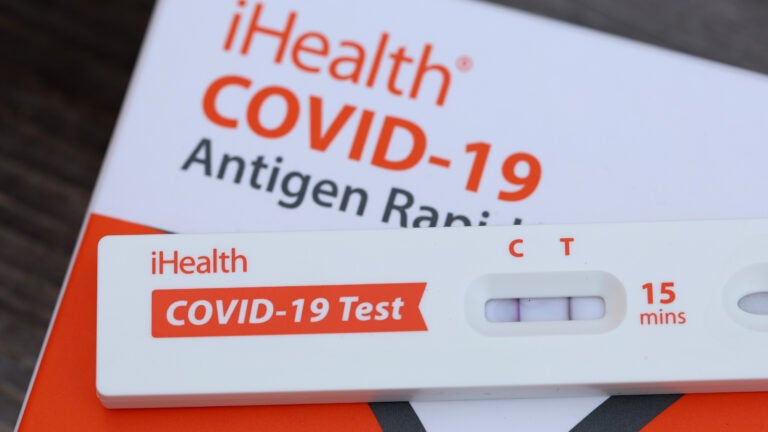