New England states continue to dominate COVID-19 vaccination rates, touting some of the highest in the country.

Vermont and Massachusetts currently hold the highest vaccination rates, both seeing 78.8% of people vaccinated with at least one dose, followed by Connecticut at 77.7%,  Rhode Island at 76.8%, and Maine at 75.3%, according to the Mayo Clinic.

But there is one area of the U.S. that is outpacing the rates in New England. Puerto Rico has 80.5% of their population vaccinated with at least one dose and 72% of residents were fully vaccinated as of Sunday, according to data from Covid Act Now. Last week, Puerto Rico averaged only 145 new cases and their positive test rate remains at approximately 2.9%.

So why does Puerto Rico have such a highly vaccinated population?

Dr. Ashish Jha, dean of the Brown University School of Public Health, says the island has been able to achieve the feat by not tying vaccines to politics.

According to the Miami Herald, Puerto Ricans consume less conservative narrative media, especially on TV, which reduces the impact of those discourses. Politics in Puerto Rico instead is more dominated by the political status of the territory as a whole.

Because it is not a state and is not able to participate in U.S. presidential elections, Puerto Rico is also less attached to the mainland discourse and polarity between Democrats and Republicans that is U.S. politics, the Miami Herald reported.

“They pay less attention to mainland politics,” Jha wrote on Twitter. “All their political parties actively support vaccinations. And generally, political [identity] and vaccinations are not intermixed.”

The political narratives that have disrupted mainland vaccination efforts are evident in states’ vaccination rates, the Brookings Institute found. New England states that skewed heavily toward the Democratic Party in 2020 have some of the highest rates of vaccination. Meanwhile, of the 29 states with vaccination rates below the national average, 24 were won by former President Donald Trump in 2020.

In his analysis, Jha said vaccination efforts are not dependent on the size of the population. Pointing to Puerto Rico, he said that high vaccination rates do not correlate with a smaller population, since the island has more residents than 21 states and “five times bigger” than Vermont.

“So the next time someone tells you, ‘Oh, only “wealthy” New England states can achieve high vaccination rates, remind them that the super star in America is not VT or CT or MA or RI, it’s Puerto Rico,” Jha wrote. “Doing a fabulous job vaccinating its people to keep everyone safe.” 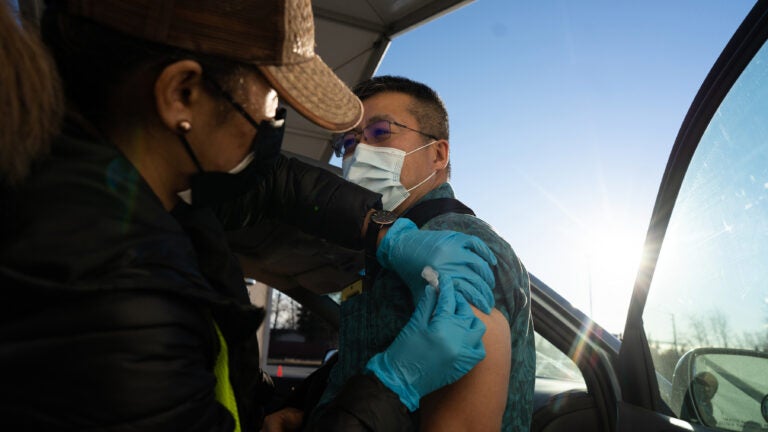