An advisory panel at the Centers for Disease Control and Prevention on Thursday said it is OK for individuals eligible for a COVID-19 vaccine booster to opt for a different company’s vaccine than their original vaccination.

The development comes as the federal agency expands the nation’s booster rollout. Certain people who received the Pfizer vaccine were already eligible for getting a third shot, but now specific individuals who got the Moderna or Johnson & Johnson vaccines also qualify.

Currently, the federal agencies are urging that Pfizer and Moderna recipients who are six months past their vaccination should get a booster if they are 65 or older, at increased risk for severe disease due to an underlying health condition, or if they live in a nursing home. People aged 18 to 64 are also allowed to get a booster if they are at higher risk of infection because of their job or living conditions.

Meanwhile, all Johnson & Johnson recipients are advised to get a booster at least two months after their single-shot vaccine.

The Food and Drug Administration authorized the updates to the booster campaign on Wednesday, which was then endorsed by the CDC on Thursday.

CDC Director Dr. Rochelle Walensky and Dr. Anthony Fauci, director of the National Institute of Allergy and Infectious Diseases at the NIH and top adviser to President Joe Biden, both spoke Friday morning about the expanded booster program and what Americans should know about mixing and matching vaccines.

“It’s generally recommended that you get the booster that is the original regimen that you got in the first place,” Fauci told CNN. “But for one reason or other, there may be different circumstances for people —  availability or just different personal choices. You can, as we say, ‘mix and match.’ And those are the data that were discussed and were acted upon yesterday. That you can now mix and match one with the other. But in general it just makes sense to go with what your original regimen was.”

Walensky told the “Today” show that the vast majority of people will likely opt for the vaccine they originally received. She said it’s “not necessarily” better or worse to mix and match or to stick with the initial vaccine you received.

Both Walensky and Fauci said they are closely following data on waning immunity to see if boosters should be expanded even more broadly to other age groups.

“I would be rather confident that as we get further and further over the next weeks to months that the age limit of it is going to be lowered,” Fauci said.

Both doctors are also keeping careful watch as the FDA considers authorizing vaccines for kids aged 5 to 11.

Fauci said he hopes parents won’t stand in the way of allowing their children to get vaccinated, should the approvals come through.

“That’s one of the reasons why we want to make sure that we outreach to the parents with trusted messengers, particularly some of the most trusted messengers are the family pediatrician, who most parents have a good deal of confidence in,” he said. “And we’re trying to get people to realize it is for the benefit of the children, as well as for the entire family unit, to get the child vaccinated. The vaccinations and the vaccines in question are highly, highly effective and safe. So there’s really no reason not to. But it is understandable how some patients may be hesitant and that’s the reason why we’re reaching out to them and making the vaccine readily available in pediatric offices, in children’s hospitals, in community centers.”

Asked if mask mandates could be rolled back once younger children are vaccinated, Walensky said she’s encouraged that the peak from the delta variant surge is going down.

But more still needs to be done to get case numbers down, she said.

“We still have 75,000 new infections every single day and about 1,200 deaths,” she said. “We’re heading into winter when respiratory illnesses generally do thrive. So right now I would say our hard work is to continue to get those cases down, to continue to get people vaccinated. Not only our children, when and if they’re ready, but, as well, the 63 million Americans who are not yet vaccinated at all. And to continue those prevention measures until we can really get those cases down.” 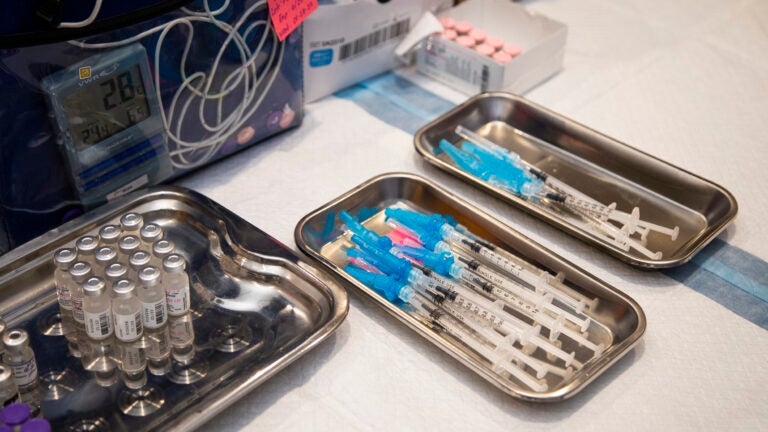