As part of a sweeping bill to spend a majority of the state’s federal COVID-19 relief funds, Massachusetts legislative leaders are proposing payments of up to $2,000 for lower-income residents who worked in person during the pandemic.

Under the legislation unveiled by House and Senate leaders Monday, nearly a tenth of the $4.8 billion that the state government has to spend from the American Rescue Plan Act would be dedicated to the direct payments. And the idea has garnered tentative support from Gov. Charlie Baker.

However, the exact parameters of the proposal are still being worked out.

Who would be eligible?

According to the text of the bill released Monday, essential workers who (1) have a household income of up to 300 percent of the federal poverty level and (2) worked “in person and not in a remote setting” during Baker’s state emergency from March 2020 to this past June would be eligible.

Based on the current federal poverty levels, that means individuals making up to $38,640 a year could be eligible, as well as households of four that earn up to $79,500 annually.

Further eligibility details, such as specific industries or the amount of time an individual must have worked to qualify, have yet to be determined.

According to the bill, the state’s Executive Office for Administration and Finance would be tasked with defining eligibility for each essential worker. The legislation states that “priority shall be given to low-income essential workers.”

According to The Boston Globe, House Speaker Ron Mariano said that lawmakers don’t want the program to be “overly generous.”

The payments would be issued no later than the end of January.

How much would they payments actually be?

It depends on how many people ultimately qualify.

The text of the legislation says the payments would be no less than $500 and no more than $2,000 for each individual. And the bill would dedicate $460 million to the overall fund.

According to the Globe, House officials cited research suggesting that there are 800,000 frontline workers in Massachusetts. Evenly divided between 800,000 individuals, $460 million could pay for direct payments of $575 per person.

However, according to the Boston Foundation, more than half of those 800,000 frontline workers are in health care and many — though it’s unclear exactly what number — could make more than the income limits.

That would mean larger payouts to a smaller group of people.

What are the chances this will become a reality?

The program has the support of Democratic leaders in both the House and Senate, who are planning to vote on the entire bill in the coming weeks.

And while Baker says he’s also waiting to see the details, the Republican governor says he “conceptually” supports the direct payments idea.

In fact, earlier this summer, the Baker administration gave $2,000 direct payments to thousands of state government employees who were on the pandemic’s front lines.

“While I hesitate to — until I see the fine print on most things — to comment, I do think, conceptually, this is something that’s the right thing to do,” Baker said Tuesday on GBH’s “Boston Public Radio,” when asked about the new proposal,

“And we’ll do the best we can to implement it,” he said. 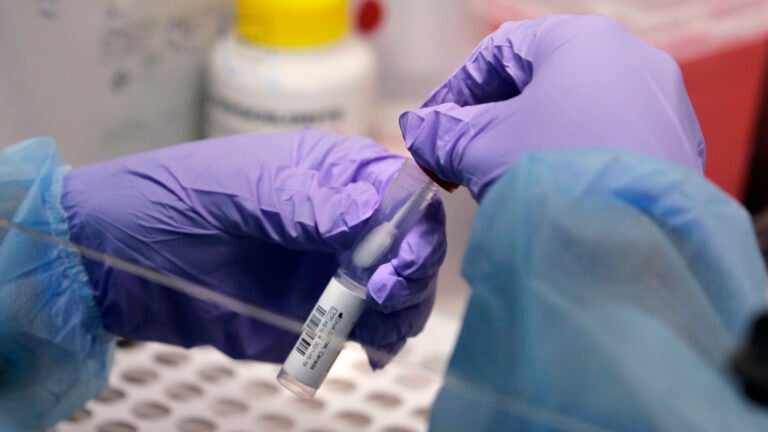