President Joe Biden described the rules issued Thursday as urgently needed to get more Americans inoculated. Though confirmed viral cases and deaths have fallen sharply since the start of the year, they remain dangerously high, especially in some areas and industries. Average case numbers have leveled off at about 70,000 new infections a day and confirmed viral deaths at more than 1,200 a day.

“Too many people,” Biden said, “remain unvaccinated for us to get out of this pandemic for good.”

Yet several states with Republican governors have vowed to challenge the Occupational Health and Safety Administration regulations in court, calling them an unconstitutional power grab by the federal government.

Here is a closer look at the new COVID rules and what they mean for companies and their employees:

WHAT DO THE NEW RULES DO?

Private-sector companies with 100 or more workers must require their employees to be fully vaccinated against COVID-19 or be tested for the virus weekly and wear masks on the job. These requirements will take effect Jan. 4 under an emergency temporary standard from the Occupational Safety and Health Administration.

Employers must give workers paid time off to be vaccinated and to recover from any side effects. Vaccinations will be paid for by the federal government, though employees may have to pay for testing. The federal government says the rules supersede state laws that conflict with the standards. Still, some states have threatened to sue.

WHY DID THE BIDEN ADMINISTRATION IMPOSE THE MANDATE?

About 70% of U.S. adults are fully vaccinated. Yet that rate of vaccination hasn’t been nearly enough to stop the spread of the virus, especially the highly contagious and now dominant delta variant.

Biden noted that businesses that have already imposed mandates on their employees, along with requirements for the military and federal contractors, have cut the number of unvaccinated Americans over age 12 from 100 million in late July to about 60 million.

Even so, more than 750,000 Americans have died from the virus, and tens of thousands of new cases arise daily. OSHA estimates that the new requirements will save 6,500 lives and prevent 250,000 hospitalizations in the six months after the rules take effect.

HOW WILL THE RULES BE ENFORCED?

OSHA says it will enforce the new rules just as it does other workplace safety regulations — by relying largely on whistleblower complaints and some limited spot checks. But OSHA and its state partners that enforce its regulations have only 1,850 inspectors for 8 million workplaces nationwide.

The agency said it will work with companies to have employees vaccinated but would fine them up to $13,653 for each violation. Companies must collect proof of employee vaccinations and keep records. And employers must prove that unvaccinated employees have taken tests approved by the Food and Drug Administration, and that the tests are properly administered, said Allison Kahn, an employment attorney with Carlton Fields in West Palm Beach, Florida.

“You can’t just take an at-home test and tell your employer you’re negative,” Kahn said. “It has to be somehow proctored.”

The rules do not apply to employees who work alone, at home or outdoors. In addition, workers may apply for religious or medical exemptions. Nicholas Hulse, an employment lawyer at Fisher & Phillips LLC, noted that companies that have issued their own vaccine mandates are already being deluged with requests to be excused from vaccine requirements.

Normally, Hulse said, religious exemption requests are straightforward: Someone, say, requests Sundays off to attend church or observe a day of rest. Now, he said, it will be “difficult to tell if (anti-vaccine) beliefs are sincerely held, or are they just trying to use religion to get an accommodation?”

The Biden administration plan is sure to generate more such requests for exemptions.

DOES THIS AFFECT ONLY PRIVATE EMPLOYERS?

It’s complicated. In 28 states and U.S. territories that enforce OSHA regulations, the new rule will cover both public and private employers.

These states and territories are:

In the remaining states and territories, public employees are not covered by the new mandate.

WHAT DO BUSINESSES SAY ABOUT THE NEW RULES?

Some are relieved. They may have wanted to require inoculations but worried about alienating vaccine-wary employees and perhaps losing them to rival employers that didn’t impose mandates.

“This rule, at least to a certain degree, equalizes the workforce that way,’’ says Amanda Sonneborn, an employment lawyer at King & Spalding.

Richard Wahlquist, CEO of the American Staffing Association, which represents temporary-help agencies and recruiting firms, said that some large companies see the mandate as relieving them of having to make an unpopular decision on whether to require the shots.

“They say: ‘Look, as a condition of our continuing to do business, we’ve just got to go with the mandate, guys,’ ” Walhquist said.

That said, companies covered by the new mandates still risk losing workers to smaller companies that are exempt from them, especially at a time when many businesses are struggling to fill job openings and workers are quitting in record numbers.

A Kaiser Family Foundation survey last month found that 37% of unvaccinated workers say they would leave their job if they were required to get jabbed or submit to weekly tests — a figure that rises to 70% if testing isn’t an option.

IS THE VACCINE-OR-TEST MANDATE LIKELY TO SURVIVE LEGAL CHALLENGES?

Across the country, Republican governors are lining up to challenge the rules in court.

“This rule is garbage,” Alan Wilson, South Carolina’s Republican attorney general, said Thursday through a spokesman. “It’s unconstitutional, and we will fight it.”

It was unclear when South Carolina or other states in opposition would make legal filings challenging it. But Wilson’s spokesman, Robert Kittle, said the attorney general’s objection was not over the vaccine itself but rather over OSHA’s legal authority to impose such a rule.

And no wonder: The courts have overturned four emergency rules and partially blocked a fifth, according to a review by the Congressional Research Service. To fast-track its rules, the agency must show that it’s acting to protect workers from a “grave danger.’’

The Biden administration is betting that fighting a pandemic that has claimed hundreds of thousands of American lives clearly meets that standard. 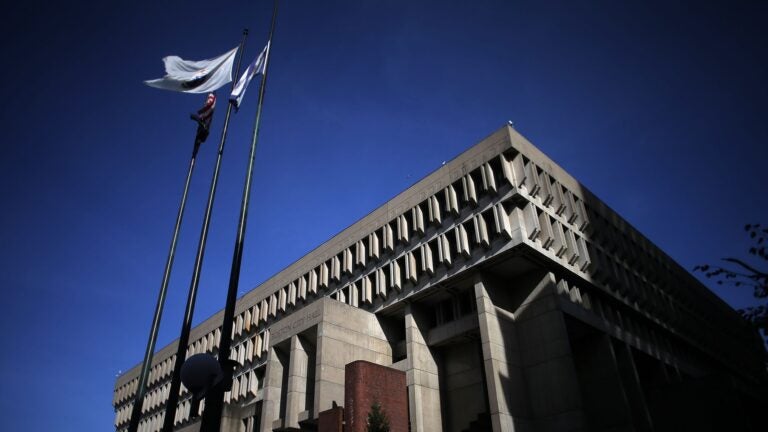