Well, that was fast.

A day after offering free home delivery of rapid COVID-19 tests to its residents, New Hampshire officials say they’re all out.

Citing an “overwhelming response,” a message on the website set up to handle orders said Tuesday that the initiative — a partnership between the state and federal government — had “already exhausted” its supply.

“With demand for at-home test kits high, the state’s initial supply of kits have been ordered and are in the process of being delivered to homes across New Hampshire,” Brandon Pratt, a spokesman for New Hampshire Gov. Chris Sununu, confirmed in an email Tuesday morning.

“Our team is working with our federal partners to determine the possibility of replenishing supply,” Pratt added, noting that, “as always community-based testing remains available.”

It also demonstrates the imbalance between the supply and demand for rapid tests in the United States, where the kits remain several times more expensive than they are in many European countries.

Massachusetts Gov. Charlie Baker lamented the lack of supply in the United States, which he attributed to the federal government’s approach to approving the tests.

“In most parts of Western Europe, you can buy these for a buck on the street corner,” Baker said during a GBH radio appearance, noting that he had raised the issue during calls with the White House for months. 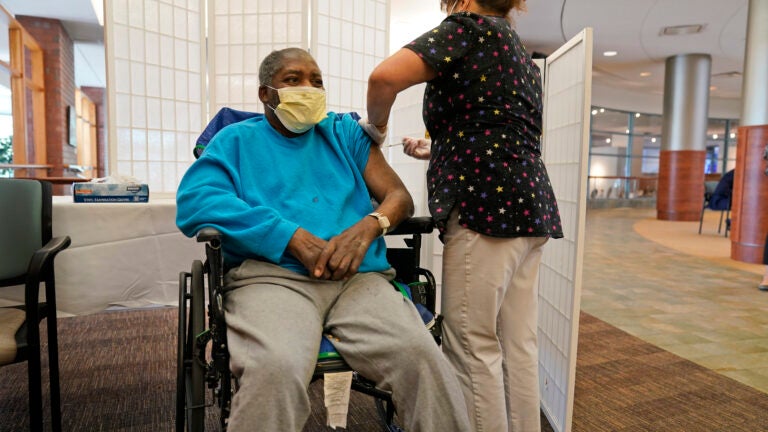