New guidance from the U.S. Centers for Disease Control and Prevention that shortens the previously recommended isolation period for COVID-positive individuals who are asymptomatic is being met with criticism from local leading health experts.

On Monday, the CDC announced it now recommends those who tested positive for the coronavirus and do not display symptoms to isolate for five days — a reduction from the previously recommended 10-day period — followed by five days of wearing a mask when around others.

“The change is motivated by science demonstrating that the majority of SARS-CoV-2 transmission occurs early in the course of illness, generally in the 1-2 days prior to onset of symptoms and the 2-3 days after,” the CDC said in a statement. “Therefore, people who test positive should isolate for 5 days and, if asymptomatic at that time, they may leave isolation if they can continue to mask for 5 days to minimize the risk of infecting others.”

But several physicians and immunologists are raising concerns the CDC’s guidelines do not go far enough to ensure infected persons will not spread the virus after the isolation period.

Dr. Michael Mina, a Boston-based immunologist and epidemiologist who has advocated throughout the pandemic for the need for rapid antigen tests, says the CDC’s call to halve isolation time without requiring a negative test result is “reckless.”

“I am 100 percent for getting people to drop isolation early. Heck I formally recommended it to the CDC in May 2020 and published the recommendation in [the Journal of Clinical Infectious Diseases] in April 2020,” Mina wrote in a Twitter thread Monday evening. “But it was always with a negative test. What the heck are we doing here?”

According to Mina, he has particular issues with the CDC’s reasoning that virus transmission occurs “generally in the 1-2 days prior to onset of symptoms and the 2-3 days after.”

Those observations were made before the omicron variant became the dominant strain of COVID-19 in the United States, Mina wrote.

“Today, it is OBVIOUS the situation has changed. People are testing earlier because symptom onset is early — no longer two days after people are infectious,” Mina wrote. “So now people are staying positive even longer after testing positive, because they find out earlier they are positive.

“And by positive I don’t mean PCR (test) positive,” Mina added. “I mean rapid antigen test positive for days longer. Often more than 10 days. So to say leave isolation regardless of if you have a positive antigen test is remarkable.”

Mina went on to say that someone who is confirmed positive for five days is, in his view, “still one of the highest risk individuals in society for onward spread.”

“The thing that really hurts me the most is that not requiring a (negative) rapid test to leave isolation is probably linked to a perception of not having enough rapid tests in the U.S…..which is obviously a massive problem in its own right but one that is EASILY changed,” Mina wrote. “We CAN get the tests. We CAN. Many countries are getting these and more.”

Mina is not alone in his criticism. Bill Hanage, an associate professor of epidemiology in Harvard’s Department of Epidemiology and a faculty member in the Center for Communicable Disease Dynamics, was quick to weigh in Monday night:

Dr. Megan Ranney, an emergency physician and a professor of emergency medicine at Brown University, in her own Twitter thread, wrote the “data shows a RANGE of infectiousness.” Requiring a negative rapid test to end isolation “would be far, far, far safer,” she wrote.

Ranney also suspects the decision to change the recommendations stems from the fact that since omicron spread is already so rampant, longer isolation periods threaten to shut down the economy as more people get sick.

“I suspect that it is at least partly because of pressure from employers,” Ranney told CNN’s Jake Tapper on Monday. “Listen, I spent the day in the emergency department today. We have six physicians among my group … who are out sick with COVID. None of them are severely ill because all of course have been vaccinated and most of us have been boosted. Having them out 10 days versus five days is a really big difference for my health care system.

“And that’s true not just for health care systems, but for airlines … for restaurants, for schools,” she added. “So there is a lot of pressure, if there are more cases, to try to cut down on that isolation period if we can.”

Notably, Ranney said the good news for vaccinated folks is there is “increasing evidence” that if they are asymptomatic, they are not infectious after five days.

“We should be allowed to be back in society, back at work, back at school, back at play,” Ranney said.

But the data is not as clear for unvaccinated individuals, she said.

The CDC is “kind of extrapolating from what we’ve seen increasingly around the vaccinated to the unvaccinated as well,” Ranney said.

“They do make the caveat that after those five days, if you’re out in public, you should still be wearing a mask, but you and I both know how often the unvaccinated are wearing masks out in public right now,” Ranney told Tapper. “So I’m a little nervous about that part of the recommendation.”

Overall, Ranney said she is glad to see the CDC following the science and updating recommendations as researchers and doctors learn more about the virus — but with a catch.

“I just wish this was done in a way that rewarded the vaccinated and didn’t put the rest of us at risk,” she said.

On Tuesday, following the news from the CDC, Jha contended the new guidelines are also “reasonable,” but joined the chorus of his peers in stating he would have also required a negative test if the decision were up to him.

“So why are (the) CDC guidelines still reasonable? Because if you actually follow what (the) CDC says, they require people be asymptomatic and wear a mask for 5 more days,” Jha wrote. “And if people actually followed the guidelines, I can’t come up with how they aren’t quite reasonable.”

The criticism against the guidance “appears to be that people won’t … that they’ll stop isolating after 5 days even with symptoms and/or not wear a mask,” Jha wrote.

“Yes. That’ll happen for some,” he wrote. “But shorter isolation means lower barrier to test/isolate, which will motivate others to test.”

Jha said the CDC’s changes still focuses on the period when people are most contagious while eliminating “unnecessary constraints on people” and encouraging more people to test and isolate themselves.

“Do I wish they had added testing, better mask guidance, etc.? Yup,” he wrote. “But still a step in the right direction.” 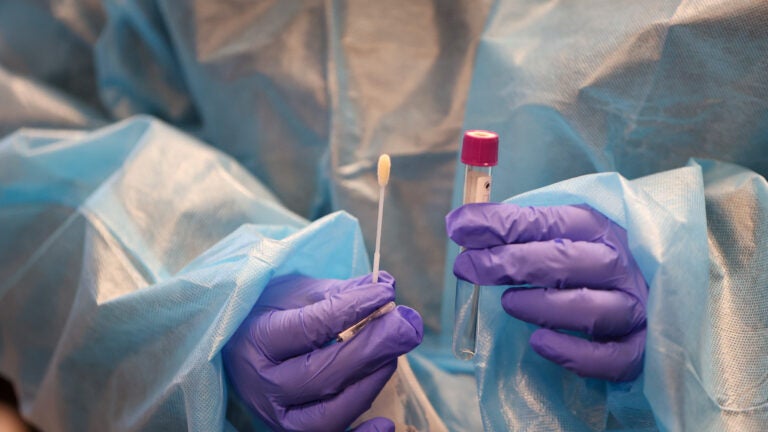