U.S. hospitals continue to reel from surging volumes of coronavirus patients as the omicron variant drives a record-breaking flurry of infections in some regions – with medical workers bracing for more misery in the weeks ahead.

The New York City health department reported that the seven-day average of confirmed and probable coronavirus cases there has climbed to 17,334 a day, the highest recorded levels of the pandemic, and a roughly tenfold increase from a month ago.

“The numbers look huge. But my guess is the true number is much, much higher,” said Craig Spencer, director of global health in emergency medicine at NewYork-Presbyterian/Columbia University Irving Medical Center. “It’s definitely missing a lot of people who are testing positive on rapid tests” and failing to report their results.

Louisiana officials reported that the state’s covid-19 hospitalizations have doubled to about 450 patients since last week, with unvaccinated patients accounting for 80% of hospitalizations.

In Florida, Miami’s Jackson Health System reported that as of Monday morning, 212 people were hospitalized with covid, up from 37 on Nov. 30.

And in Texas, Houston Methodist reported Monday that the fast-spreading omicron variant accounted for 94% of its sequenced coronavirus cases, with health system leaders describing unprecedented demand for tests.

“With test volumes, we’re still setting records,” said S. Wesley Long, the medical director of diagnostic microbiology at Houston Methodist. “We didn’t see a decrease in testing over the weekend and over Christmas, which is pretty unusual.”

Meanwhile, the Centers for Disease Control and Prevention on Monday halved the recommended isolation period for infected people with no symptoms, from 10 to five days, as officials moved to reduce disruptions from the omicron wave. The change was “motivated by science demonstrating that the majority of SARS-CoV-2 transmission occurs early in the course of illness,” the CDC said in a statement.

The omicron variant continued to take its toll on the nation’s air carriers and passengers Monday, when airlines canceled more than 1,000 flights amid a surge in cases among crew members. While many of the cancellations were attributed to weather, the jump in virus cases continued to be a major culprit.

In a call with about two dozen governors, President Joe Biden said that the federal government was working to ramp up supplies of tests, protective equipment and other material – but that key responsibilities for combating the omicron surge fell to local leaders.

“Look, there is no federal solution. This gets solved at the state level,” Biden told the governors Monday after a request from Arkansas Republican Gov. Asa Hutchinson that the federal government not “stand in the way of state solutions” on treatments and tests.

“We’re going to have your back in any way we can,” Biden said.

“Over the past few weeks – really, since Thanksgiving – every day gets progressively worse,” said Megan Ranney, an emergency physician at Brown University in Rhode Island, who worked a hospital shift Monday. In an interview, Ranney detailed how staff shortages, delayed procedures and a steadily climbing volume of covid cases are challenging efforts to provide patient care.

“We’re all trying to come up with alternative systems to take care of our patients better,” she said, describing how health care workers are increasingly trying to start lab testing and medications while patients wait for beds, hoping to speed up the response. “But it’s never enough, because the patients keep coming.”

David De La Zerda, ICU medical director at Jackson Memorial Hospital, said the increase in patients at the Miami medical center has happened suddenly, and officials are bracing for difficult weeks ahead.

De La Zerda said, so far, fewer patients overall are being admitted to the ICU compared with previous waves of the pandemic, in large part because more people are vaccinated. But with case positivity rates soaring in Miami, De La Zerda said the hospital still expects to treat a crush of critically ill patients, most of whom will be unvaccinated.

“It may be happening slower than with the delta variant, when maybe we were getting five to six patients per day to the ICU, and now we are getting one to two in 24 hours,” De La Zerda said. “But I don’t see a difference except maybe the slower pace, and even that is now starting to change in the past week.”

Compared with the hospital’s four previous spikes in patient counts, De La Zerda said the health care system faces an additional challenge this time because so many nurses and doctors are testing positive for the coronavirus, leading to staffing shortages.

“This is what we are seeing now that is different than before, and we are down a lot of nurses and physicians who cannot work for five to seven days,” De La Zerda said.

De La Zerda said health care workers understand much better in this wave how to treat patients. “But the issue now is we don’t have enough personnel to do that,” he added.

In Miami-Dade County, 57,675 new covid cases total were reported during the past week, up from 12,594 cases in the prior week.

Although Miami-Dade hospitals are nowhere close to running out of hospital beds, 183 patients were admitted on Sunday alone, a sixfold increase over the number weeks ago.

Nearly two years into the pandemic, Miami-Dade Democratic Mayor Daniella Levine Cava said the omicron variant is forcing leaders nationwide to confront the unsettling reality that covid may be here for the foreseeable future.

“This pandemic is now clearly a long-term phenomenon,” Levine Cava said. “Are we going to need to just continue living with it, and following these various safety precautions? . . . Will there be more severe variants? We just don’t know.”

The fallout from omicron may be especially acute in January when schoolchildren return to the classroom after holiday break, Levine Cava said. The Miami-Dade mayor said she’s also steeling for more debate over masks, having pursued a sweeping mandate on face coverings that was blocked by Florida Republican Gov. Ron DeSantis and the state’s GOP-controlled legislature.

“We have conflicting information from the federal government, versus the state government, and how that gets resolved may depend on the courts,” Levine Cara said, warning that residents end up confused about what precautions to take.

Omicron infections appear generally to be mild in people who were previously vaccinated or boosted. Public health experts have warned of a rising number of hospitalizations among unvaccinated children. New York’s top public health official Friday issued an alert warning of the “striking increase” in children with coronavirus infections. Pediatric hospitalizations have roughly quadrupled in New York City this month.

“The risks of COVID-19 for children are real,” Acting State Health Commissioner Mary Bassett said in a statement. “We must use all available safe and effective infection control, prevention and mitigation strategies.”

Anthony Fauci, director of the National Institute of Allergy and Infectious Diseases, predicted Monday that omicron cases would continue to spread rapidly across the United States, with the virus variant able to evade some of the protection of vaccines. Fauci also warned against large holiday gatherings, which he said could accelerate outbreaks.

“When you’re talking about a New Year’s Eve party where you have 30, 40, 50 people celebrating . . . I would recommend strongly, stay away from that this year,” Fauci said on CNN. But he said he was optimistic the U.S. surge of infections would soon reverse.

“I hope it turns around as sharply as what we’ve seen in South Africa,” Fauci said, citing the steep decline of omicron cases there after an equally sharp surge of infections.

England, France and other nations have also reported record case numbers, but the global picture of omicron’s spread remains incomplete: The World Health Organization, the Centers for Disease Control and Prevention and other agencies held off on updating data for several days because of the holiday.

As omicron rapidly advances across the United States, public health experts and White House officials are closely looking at major metropolitan areas for clues about the outbreak’s spread and severity.

Physicians also have warned that some people who experience only mild symptoms initially may end up requiring more intense care if their cases take a turn for the worse. Other covid patients with seemingly minor cases have grappled with long-lasting fatigue and other consequences.

Biden on Monday participated in a virtual call about the pandemic with 25 governors, on which he acknowledged the testing shortfall Americans are confronting amid the rapid spread of the omicron variant.

“Seeing how tough it was for some folks to get a test this weekend shows that we have more work to do, and we’re doing it,” Biden said in brief introductory remarks, the first time he had joined the White House’s standing call with the governors.

After ticking through steps his administration has taken to improve the situation, Biden said that in hindsight, more should have been done to ramp up testing capacity.

“It’s not enough. It’s clearly not enough. If I had, if we’d known, we would have gone harder, quicker if we could have,” Biden said.

During the portion of the call that was not aired publicly, Biden and administration officials fielded questions from governors that addressed issues such as keeping schools open and the latest findings on omicron, according to a White House release and attendees on the call. Attendees also said Biden officials and governors agreed to focus on hospitalizations as a key metric to track the omicron wave, rather than skyrocketing cases.

“It’s promising that, in President Biden’s first COVID call with Governors since he took office, the President and Dr. Fauci finally agreed that we should measure COVID response by hospitalization rates – not case counts,” Nebraska Republican Gov. Pete Ricketts said in a written statement. “This has been our strategy in Nebraska since the beginning of the pandemic.”

In response, the White House pointed to Biden’s speech from last week, in which he emphasized that while positive cases will hit even vaccinated people, they are broadly protected from hospitalization because vaccinations can defang the virus’s worst consequences.

Omicron’s continued march was felt in the travel industry, with airlines canceling more flights as staff members reported testing positive. Still, domestic carriers appeared to be making progress as disruptions fell compared with days earlier. Delta Air Lines said it expected to cancel more than 200 of its scheduled 4,166 flights Monday, down nearly half from a day earlier. United Airlines said it was canceling 115 flights Monday because of staffing issues related to the virus.

Major airlines asked the CDC last week to shorten the time crew members who test positive must spend in isolation, a move that airline unions oppose

Despite the recent challenges to air travel, there was little indication that travelers were delaying their trips. The Transportation Security Administration said it screened more than 2 million people Sunday, approaching 2019 levels.

The Washington Post’s Ian Duncan contributed to this report. 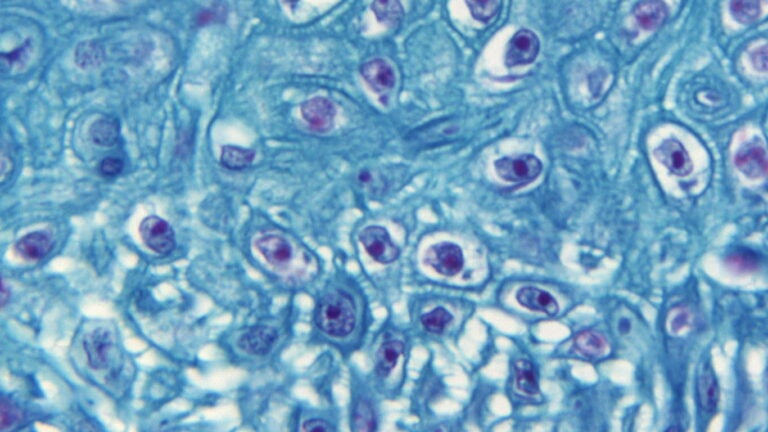