About 3,000 employees at United Airlines have tested positive for the coronavirus, another example of how quickly the omicron variant has spread through workplaces and upended the plans of even the most data-driven industries.

In a memo to employees Tuesday, United CEO Scott Kirby called the past few weeks a “challenging and stressful time.”

“The Omicron surge has put a strain on our operation, resulting in customer disruptions during a busy holiday season,” he wrote, also acknowledging the stress the rise in cases has put on employees and operations.

Kirby cited the impact of the virus on its Newark hub, noting that on a single recent day nearly one-third of employees called out sick. The New York region was among the first spots in the United States to see a sharp uptick in coronavirus cases, largely driven by omicron.

As a result, Kirby said United will reduce its near-term schedule to better balance staffing with flights. In doing so, United joins other carriers, including JetBlue and Alaska Airlines, which in recent days also have announced schedule reductions.

Other carriers, however, are not making changes.

Southwest Airlines, which announced reductions in its schedule for the last few months of 2021 – following a high-profile meltdown in October – said Tuesday it has no plans to cut its schedule in January or beyond. The carrier was largely unaffected by flight disruptions leading up to and immediately after Christmas, but was forced to cancel several hundred flights around New Year’s Day after winter weather impacted its hubs in Chicago and Baltimore.

United has drawn fire from critics for requiring that employees be fully vaccinated and firing workers who did not comply with its policy. In his letter, Kirby defended the mandate, saying it spared employees from the worst effects of the coronavirus.

He said none of the 3,000 employees who have tested positive and are vaccinated are hospitalized. Since the policy went into effect, the hospitalization rate among fully vaccinated employees has been 100 times lower than the general population of the United States, Kirby said. In addition, United has gone eight weeks without a coronavirus-related death among vaccinated employees.

He wrote that based on United’s experience and nationwide data related to virus fatalities among the unvaccinated, “there are approximately 8-10 United employees who are alive today because of our vaccine requirement.” He continued: “And while I know that some people still disagree with our policy, United is proving that requiring the vaccine is the right thing to do because it saves lives.”

United had 67,000 U.S.-based employees as of September, although it wasn’t immediately clear Wednesday whether the 3,000 coronavirus cases noted in Kirby’s letter referenced only U.S.-based workers. 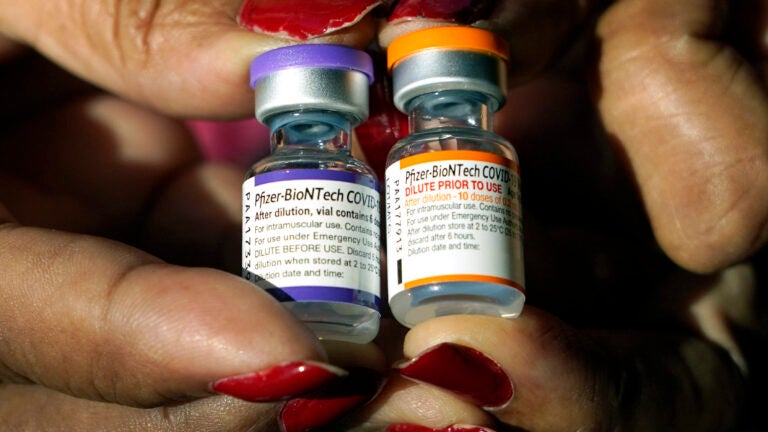