Attorneys general in Illinois, Massachusetts, Michigan, New York, and Oregon have issued consumer alert warnings in recent days about questionable coronavirus tests and pop-up sites. Complaints include markups on at-home test kits and sites in New York that wrongfully billed patients for tests that are free; fake at-home tests being sold in Michigan; and testing centers in Illinois that return dubious results — or none at all.

The surging demand for tests recalls the shortages seen in the summer of 2020 and is a stark reminder that the United States continues to struggle with its coronavirus testing strategy. Even before the omicron variant surfaced, tests were in high demand as students returned to classrooms, workers to offices, and many to leisure activities like concerts and cruises requiring proof of a negative test.

Now the current omicron spike has pushed the rate of new infections in the United States to record numbers: On Friday, the seven-day average for new cases was 794,202, close to triple the previous peak from a year ago. Several large school districts are requiring a negative test to return to class. Long lines have formed outside testing sites. And health experts are pushing Americans to test whenever faced with a potentially risky situation.

As officials struggle to meet demand at government-run sites, many are turning to privately run pop-up sites. Consumer advocates are warning the public to be cautious about these sites operating in mobile units, shipping containers, and sometimes outdoors in tents.

Consumers confuse such pop-up sites for health-care clinics, said Steve Bernas, president, and CEO of the Better Business Bureau (BBB) of Chicago and Northern Illinois. “They don’t realize they’re just a business that’s unlicensed and unregulated,” he told The Washington Post on Friday.

Authorities probing testing sites say one of the companies they’ve received several complaints about is the Center for COVID Control (CCC), an Illinois-based company that runs more than 300 pop-up testing locations nationwide.

The company has not been charged, but customers have complained of dubious testing protocols, paying for expedited test results that never arrive, and being asked for personal identifying information, according to complaints filed with Better Business Bureau locations and attorney general offices in Illinois and Oregon.

This week, Illinois Attorney General Kwame Raoul’s office issued a blanket warning about pop-up testing sites; by Thursday, the office confirmed to The Post that it had opened a probe into the CCC after receiving at least 10 complaints.

“As a result of complaints from residents as well as reported problems at pop-up testing locations connected to the Center for COVID Control, we have opened an investigation,” spokesperson Annie Thompson said in an email.

According to two complaints shared by Rosenblum’s office, one customer at a Portland-based site reported receiving a rapid test that had already expired, according to the packaging. Another customer at a Portland site went to a CCC drive-through and never received her test results — but was asked to upload a picture of her driver’s license and provide her insurance information.

On Thursday, the CCC announced that it was suspending operations for a week. The Rolling Meadows, Ill.-based company bills itself as the nation’s largest coronavirus testing operator that promises no-appointment rapid tests to those with and without insurance.

In a statement, CCC founder and CEO Aleya Siyaj blamed rapid company growth and the surge in testing demand as the reason “we haven’t been able to meet all our commitments.” Siyaj said many of the testing sites in the network saw a tenfold increase in patients with sites across the country cumulatively collecting as many as 80,000 tests a day.

Low ratings and complaints have flooded BBB chapters in other states; the BBB of Chicago and Northern Illinois said it is “actively looking into this company as they have recently received numerous complaints both locally and from across the country,” adding that the CCC has been “unresponsive” to complaints.

The problems with pop-up sites point to the need for better regulation, Bernas said. The biggest concern that has emerged from consumers is that dubious pop-up operations — or bad actors who infiltrate them — are after personal information for potential insurance fraud and identity theft purposes. Anecdotally, Bernas said, there are concerns individuals are joining long, chaotic lines and posing as clinic employees to extract personal info from waiting customers.

“And when people think they’re dealing with health-care providers, they don’t think twice about the info being asked of them,” Benas said.

Lee Fleisher, the chief medical officer and director of the Center for Clinical Standards and Quality at the Centers for Medicare and Medicaid Services, said the federal agency was aware of several allegations against the CCC.

“To be clear — the Center for COVID Control is not a federal agency,” he said. “CMS is actively investigating numerous complaints about multiple laboratories and testing sites associated with this private company.”

Health and law enforcement officials said that testing sites run by major hospital systems or state and local health departments are the most reliable, and that consumers should ask questions when visiting unaffiliated pop-up sites.

Illinois Attorney General Raoul’s office recommends asking what kind of tests are being administered — like molecular PCR or rapid antigen versus serology tests, which are not diagnostic — what lab processes the results and double-checking if the lab is properly accredited.

“In today’s numbers, the chances of someone has coronavirus are pretty significant,” said Ramon Lorenzo-Redondo, an assistant professor of medicine studying infectious diseases at Northwestern University’s Feinberg School of Medicine. “Ideally, every time you have a gathering, you take a test — at least until cases drop.”

A bogus test, he said, means someone trying to be cautious gets false assurance that they can go to the office or gather with grandparents and unwittingly spread the virus.

“That’s why right now, accurate testing is so important,” he said. 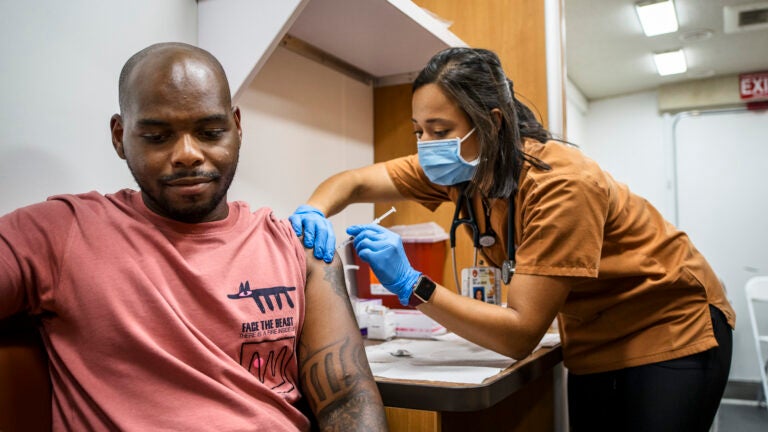 States close mass test and vaccine sites, but uptick in virus may loom