Florida Gov. Ron DeSantis, R, a foe of vaccine mandates, on Thursday appeared to suggest that getting a shot to protect against the coronavirus could cause infertility.

“Think about how ridiculous it is what they’re doing by trying to force the nurses” to get immunized, he said at a speech announcing funding for nursing certification programs. “A lot of these nurses have had covid. A lot of them are younger. Some of them are trying to have families.”

But there is no evidence that getting vaccinated against the coronavirus makes it harder to conceive, according to a study of heterosexual couples trying to get pregnant that was released Thursday. DeSantis could not be immediately reached for a comment on his remarks.

By contrast, men infected with the coronavirus showed signs of a short-term decline in fertility, according to the research, which was led by an epidemiologist at Boston University and published in the peer-reviewed American Journal of Epidemiology. It was funded by the National Institutes of Health.

The researchers studied more than 2,000 people between the ages of 21 and 45, all who identified as women, in the United States and Canada between December 2020 and September 2021. (Their male partners were also invited to fill in a questionnaire.) Some 73 percent of the women had received at least one dose of a coronavirus vaccine during the study, with 74 percent of the men also having been administered at least one shot.

“Recent [coronavirus] infection has been associated with poor sperm quality, including . . . decreased concentration, lower motility,” the authors wrote. But “we found no adverse association between . . . vaccination and fertility.”

The findings were consistent across the type of vaccine used and whether the participants had received one or two shots of a vaccine.

The researchers did not offer a conclusion on long-term fertility, though they said “it is unlikely that adverse effects on fertility could arise many months after vaccination.” None of the women were receiving fertility treatment, and all filled in questionnaires at eight-week intervals for up to a year. The vaccinated participants were trying to conceive, on average, three and a half months after getting immunized.

There has been some speculation that coronavirus vaccines could attack the placenta, possibly leading to miscarriage or infertility, but many medical experts have said such fears are groundless.

“For your immune system to get mixed up and attack the placental protein, would be like you mistaking an elephant for an alley cat because they’re both gray,” wrote Laura Morris, a family medicine doctor with the University of Missouri health-care system, who wasn’t involved in the recent research. “There is one small similarity, but the overall construction of the protein is so completely different, your immune system is way too smart to be confused by that.”

Confusion about vaccines and fertility has also been spread by celebrities such as Nicki Minaj. The singer-rapper tweeted in September that her cousin in Trinidad “won’t get the vaccine cuz his friend got it & became impotent. His testicles became swollen.”

That quickly drew a rebuke from Anthony Fauci, President Joe Biden’s chief coronavirus medical adviser, who said on CNN that there was no evidence to back Minaj’s claim. “There’s no evidence that it happens, nor is there any mechanistic reason to imagine that it would happen,” he said. 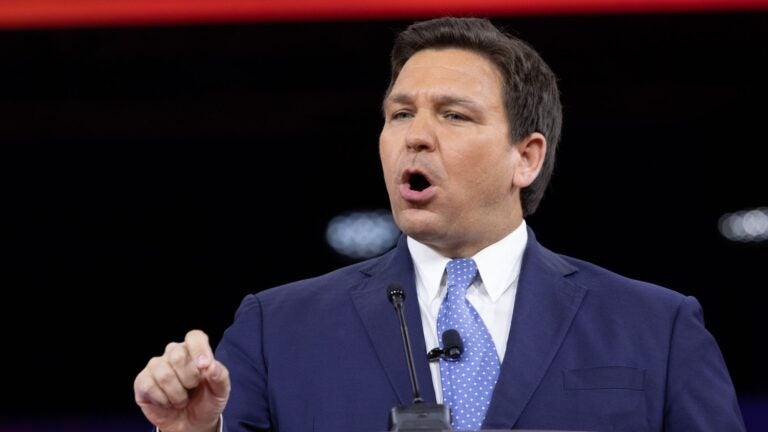 DeSantis accused textbooks of 'indoctrination.' Here's what he meant.