The winter surge of coronavirus hospitalizations that reached all-time highs in the United States is showing signs of slowing, reflecting sharp declines in states of the Northeast that were the first to be battered by the highly transmissible omicron variant.

But in some corners of the nation, hospitals continue to reel from waves of omicron infections, creating chaos as droves of patients seek care during an already busy season, and front-line workers head to the sidelines in greater numbers than at any point in the pandemic. Some hospitals are finding valuable medical supplies harder to come by, even as the days of widespread shortages of personal protective equipment have passed.

On Wednesday, U.S. hospitals reported treating about 150,000 coronavirus patients, down from a record 160,000 last week. Per capita admissions are starting to decline sharply in the Northeast, to about 50 per 100,000 residents, on par with the South, where hospitalizations are leveling off. Hospitalizations are also falling in the Midwest but rising in the West.

Rick Pollack, president and chief executive of the American Hospital Association, cautioned against declaring victory based on downturns in hospitalizations in parts of the country.

“That’s like going from a crisis to a serious emergency,” Pollack said during a briefing with reporters Tuesday. “It’s not exactly a good situation – hardly out of the woods.”

Deaths also tend to lag hospitalizations, and they continue to rise, averaging more than 2,000 a day.

Many hospitals have reported higher levels of patients admitted for other causes but testing positive for covid-19 during routine screening as omicron wallops their communities. But these incidental cases are still causing strain because infected patients require isolation and extra precautions during treatment and are harder to discharge to outpatient facilities.

Critical staffing shortages are another measure of the strain on hospitals, with medical centers in the West enduring what was seen elsewhere in recent weeks.

In Chula Vista, Calif., near the U.S.-Mexico border, two hospitals declared internal disasters last week because of the crush of patients.

The worst day for the Scripps Mercy Hospital branch was Jan. 18, when its 24-bed emergency room treated 73 patients at one point. Hospital officials dispersed excess patients to tents, trailers, hallways and rooms meant for recovery and endoscopies.

With all intensive care beds occupied, five ambulances waited to offload patients before county officials granted a request to divert ambulances from the hospital for a day to relieve pressure.

“There was literally no place to put the patients at all,” Scripps Health President and CEO Chris Van Gorder said.

The hospital system has not come close to the roughly 500 covid patients who set a record last winter. But the absentee rate among staff peaked at 14% last week, compared with about 6% during surges of the delta variant.

“There’s only so much space in a hospital, and there’s only so many people who can take care of the patients, and when you run out of both, the community is going to be in trouble,” Van Gorder said.

In North Carolina, where hospitalizations continue to rise, the largest health-care provider, Atrium Health, has requested staffing support from the Federal Emergency Management Agency as its hospitals treat more covid patients than ever and with more staff calling out sick than ever. The request was pending Wednesday.

“What led to this was the acuity and the duration: the amount of patients we are seeing and the fact that our teammates and our nurses and our clinicians have been working under this pressure for two years,” said Scott Rissmiller, chief physician executive for Atrium Health. “What we are seeing is people are tired, they are burned out and now with the omicron variant, a higher number of our teammates are contracting covid.”

While hospitals have been most vocal about their challenge staffing hospital beds, some have been reporting struggles accessing medical supplies.

Although supply shortages are not as acute as at the start of the pandemic, when hospitals struggled to find masks and gowns, the pandemic may continue to strain the supply chain into 2023, Hargraves added.

In western Michigan, doctors at Spectrum Health hospitals have had to find substitutes for medical supplies, including syringes and IV tubing, and drugs such as heparin and fentanyl.

“Every day, we have a new supply we find out is short,” said Darryl Elmouchi, president of Spectrum Health West Michigan.

During an average month before the pandemic, the health system would have about 36 products on back-order, Elmouchi said. This month, 500 supplies are on back-order.

The hospital system ordered new dialysis machines because it couldn’t get enough of the fluid needed to run older machines. Hospital pharmacies are making their own painkillers from component drugs when they can’t get their normal supplies.

Many plastic supplies made with resin produced in China – including blood tubes and IV kits – have been difficult to come by at Houston Methodist in Texas. With the Lunar New Year approaching this weekend, officials expect additional shortages of products made in China as factories shut down to observe the holiday.

David Peck, vice president of supply chain management for Houston Methodist, said the hospital has found ways to put supplies in health-care workers’ hands. His department has turned to local suppliers for personal protective equipment, including masks, gowns and gloves, and managed to find alternatives for hard-to-come-by supplies.

“Our front line is still fully prepared and stocked. Product is on the shelf,” Peck said.

A nationwide blood shortage is also taking a toll on hospitals, including where Peck and Elmouchi work.

“It’s a perfect storm,” she added.

Normally, the Red Cross aims to have a five-day supply of blood to distribute to hospitals, Coberly said. But for several weeks, the organization has been working with less than a day’s supply.

On top of steeply declining donations during the last four months, Coberly said disruptions to flights have hampered the Red Cross’s ability to ship blood.

With the existing shortage, Coberly said many hospitals are in a difficult position because a single trauma patient – a car accident victim or a patient who hemorrhages in childbirth – could use almost all of the blood on-hand.

“Blood cannot be manufactured or stockpiled, it has a shelf life,” Coberly said. “The need for blood is constant, and it’s going to take time to recover.”

As the worst of the omicron surge passes in Northeast states, hospitals in other parts of the country are on the front line of waves hitting populations with lower vaccination rates.

Hospital leaders in Oklahoma City wrote an open letter to the community last week warning the system had reached a breaking point and may struggle to provide care, pleading with residents to get vaccinated and boosted and avoid coming to the emergency room to get tested.

In the days since the letter, Integris Health system reached a record with 366 coronavirus patients across its Oklahoma hospitals. Beds have been exhausted, and the hospital routinely declines transfers, turning down 500 patients in a week. On Tuesday, 30 patients waited for beds in the emergency room of its flagship hospital, Integris Baptist Medical Center, in Oklahoma City.

Even as omicron appears to generally cause less serious illness, it still leaves enough people with severe cases that about 4 in 10 patients in the country’s intensive care units are covid-positive, matching levels seen during earlier surges.

“I don’t know if people understand how sick you can become if you are unvaccinated,” said Julie Watson, chief medical officer for Integris. “The reason they succumb to this illness is their body overreacts. Fluid in the lungs, kidneys shut down, and there’s times you can’t bring patients back from that.

“But when you are vaccinated, your body has gotten the blueprints for how to kill the enemy,” Watson said.

While hospitals like those in Oklahoma City have been rallying the community for support, officials and physicians elsewhere are starting to resign themselves to a public tuned out or indifferent to the struggles on the front lines.

Nebraska Medicine, a health network including the state’s largest hospital, activated crisis standards of care this month as demand for care exceeded resources.

Outside the hospital walls, Omaha’s top public health official has been fighting in court to impose a mask mandate to relieve pressure on the health-care system despite a legal challenge by the Republican state attorney general and a skeptical mayor. A judge Tuesday ruled against the attorney general’s attempt to halt the mask mandate, but the back-and-forth has left some in disbelief.

“Instead of working together with a unity of purpose, we are squabbling with one another over who has authority to do what. It is truly the government failing to serve the population,” said Mark Rupp, chief of Nebraska Medicine’s infectious-diseases division.

Rupp said the hospital hasn’t reached a point that it’s rationing health care as permitted under crisis standards of care, a plan deployed by hospitals to conserve resources when they are at risk of not being able to serve every patient. But it has been postponing more elective procedures, shifting staff in administrative roles to caring for patients and bringing back workers from quarantine and isolation sooner than usual. And staff had little time to recover after the delta surge in the fall.

“At this point, we’re feeling a little bit abandoned and a little bit double-crossed by the community we are trying to serve,” Rupp said. “If everyone embraced vaccination, embraced wearing of masks, complied with public health recommendations with regard to gathering and being safe, then so much of this could be blunted and prevented.” 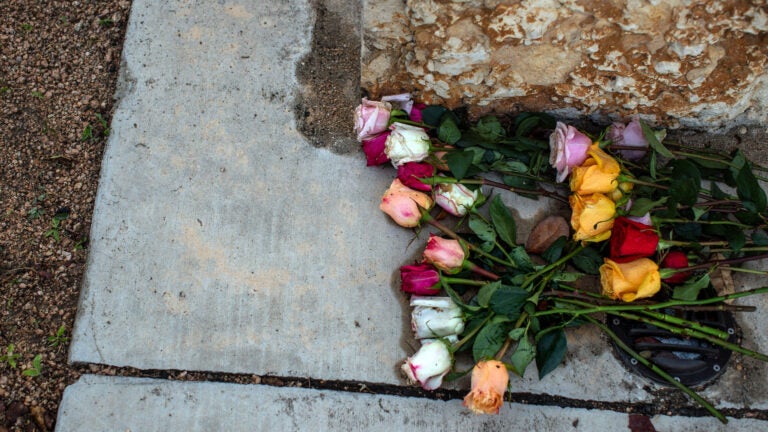 Here's how to help those affected by the Uvalde school shooting