WASHINGTON (AP) — Federal officials are extending the requirement for masks on planes and public transportation for one more month — through mid-April — while taking steps that could lead to lifting the rule.

The mask mandate was scheduled to expire March 18, but the Transportation Security Administration said Thursday that it will extend the requirement through April 18.

TSA said the extra month will give the U.S. Centers for Disease Control and Prevention time to develop new, more targeted policies that will consider the number of cases of COVID-19 nationally and in local communities, and the risk of new variants.

The TSA enforces the rule, which extends to planes, buses, trains and transit hubs.

As of March 3, more than 90% of the U.S. population lived in areas with low or medium COVID-19 case levels, meaning that the CDC no longer recommends face masks in public indoor settings.

A decision to eventually scrap the mask requirement — one of the last vestiges of nationwide pandemic rules — has grown more likely in recent weeks as more states, even those led by Democratic governors, relaxed their own mandates for wearing masks indoors, and the CDC eased its recommendations.

That led critics to question why the CDC would allow maskless people to gather in movie theaters and sports arenas but not on planes.

“If you’re moving from one zone to another and picking people up … it’s a little bit different, and that requires some consultation, which is what (CDC officials) are going to endeavor to do between now and April 18,” Psaki said.

CDC Director Dr. Rochelle Walensky said last week that her agency must study the science around virus transmission “but also the epidemiology and the frequency that we may encounter a variant of concern or a variant of interest in our travel corridors.”

Dr. Graham Snyder, medical director of infection prevention at the University of Pittsburgh Medical Center, said it makes sense to be more cautious on planes, subway trains and buses because “they are designed to efficiently put a lot of people in one place,” raising the risk of virus transmission.

Stephen Morse, an infectious-diseases expert at Columbia University, said a short-term extension of the rule is appropriate, but he warned that once it is dropped it will be hard to revive if COVID-19 cases surge again. He said there have been so many surprises with the pandemic that “a month may not be long enough.”

The federal mask mandate was imposed in January 2021, days after President Joe Biden took office, and has been extended several times. The Trump administration had declined to require masks on public transportation, but airlines began requiring them in mid-2020 to reassure passengers worried about contracting the virus.

Last September, the Transportation Security Administration doubled the fines for people who refused to wear a mask on public transportation to up to $1,000 for first-time offenders and up to $3,000 for repeat violations.

The requirement became a lightning rod for confrontation between some passengers and airline crews. Since the start of 2021, airlines have reported more than 6,000 incidents of unruly passengers, most of them involving disputes over mask wearing. That history could make it unlikely for airlines to require masks once the federal rule lapses.

“I don’t think the airlines have any desire to impose their own requirements at this point against a public that is weary of these restrictions,” said Henry Harteveldt, a travel-industry analyst with Atmosphere Research Group.

On four flights he took this week, Harteveldt said, “I noticed there were passengers who did not wear their masks even when they were not eating or drinking, and the flight attendants did not ask them to put them on.”

Flight attendants were once mostly in favor of masks, which they viewed as protecting their health. They largely supported the federal rule, which carried more weight than an airline policy.

But cabin crews are now divided over keeping the federal rule, according to their largest union, the Association of Flight Attendants, which declined to take a position on extending the mandate beyond March 18.

The continuation of the rule seemed to underscore the position of airlines and aircraft manufacturers, who have argued since the start of the pandemic that high-quality filters and strong air flow made virus transmission unlikely in plane cabins. In December, as omicron was spreading rapidly, the CEO of Southwest Airlines told Congress that masks “don’t add much, if anything” to safety on planes — a claim that experts quickly disputed.

“I would love to see it expire on (March) 18th,” Neeleman told The Associated Press. “It puts a lot of stress on our flight crews, and it puts stress on our passengers.”

“I haven’t seen that it has provided any measure of effectiveness,” he said, his mask hanging just below his mouth while picking up luggage at Detroit Metro Airport. “I think that the masks have been a pretty big facade from the very beginning. We’re pretty much over the whole COVID thing.”

Some travelers are just perplexed by all the fuss over wearing masks.

“I don’t really mind, honestly — on bus, on train, on plane,” said Natalie Johnston, a University of Michigan student from Philadelphia, who was waiting for a bus in Ann Arbor, Michigan. “I don’t really think it’s that big of a deal.”

News of the extension and policy review was first reported by Reuters.

David Koenig reported from Dallas. Mike Stobbe in New York and Tom Krisher in Detroit contributed to this report. 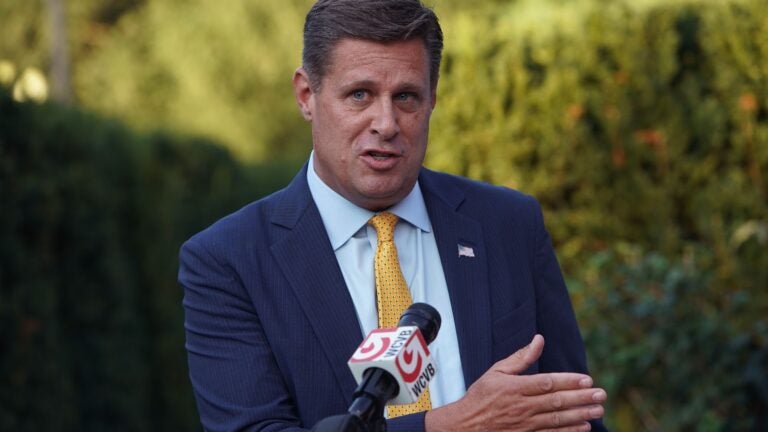