The Food and Drug Administration said Sunday that three doses of the Pfizer coronavirus vaccine appeared to be effective in preventing COVID illness in children under 5, judging by the level of virus-blocking antibodies the shots induced.

The agency’s evaluation was posted online ahead of Wednesday’s meeting of outside vaccine experts, summoned to recommend how the FDA should rule on applications from both Pfizer and Moderna on vaccinating the nation’s youngest children.

Some public health experts are expecting the FDA to authorize both Moderna’s and Pfizer’s vaccines, offering parents a choice between the two. The Centers for Disease Control and Prevention must also weigh in with its recommendations after the FDA acts. Roughly 18 million children younger than age 5 are the only Americans who are not yet eligible for shots.

In a staff analysis, the FDA said the data submitted by Pfizer and its German partner, BioNTech, suggests that three doses are more effective than two. But the agency said it was hard to draw definitive conclusions because there were so few cases of COVID among the 1,415 children who received three doses of the vaccine during the clinical trial.

Pfizer has said only eight children in the placebo group and two in the vaccinated group fell ill. The trial protocol said 21 cases were required to render a judgment on efficacy.

So far, the FDA appears to view both Pfizer’s and Moderna’s requests for pediatric vaccines favorably. Parents are so eager to have a coronavirus vaccine for their youngest children that some have said they would accept even low rates of effectiveness, as long as the vaccines were safe.

In its analysis of Pfizer’s data, the agency said that rates of hospitalization and death due to COVID among children under age 5 were higher than among those ages 5 to 17, “underscoring the benefit of an effective COVID- 19 vaccine in this age group.”

The agency also noted that among children ages 5 or older, who are already eligible for Pfizer’s vaccine, the shots have helped prevent hospitalization and other serious outcomes, including during the current year, when the highly contagious omicron variant and its rapidly evolving subvariants became the dominant forms of the virus.

“Given the uncertainty of the COVID-19 pandemic and likelihood of continued SARS-CoV-2 transmission during the ensuing months, deployment of the vaccine for use among children 6 months through 4 years of age will likely have a beneficial effect on COVID-19-associated morbidity and mortality in this age group,” the FDA said. The agency identified minimal side effects.

On Friday, the FDA said Moderna’s coronavirus vaccine for children under age 6 was also effective in preventing symptomatic infection without causing worrisome side effects. The two vaccines are based on the same type of technology, but the dosage and regimens differ. Moderna is proposing two doses at one-quarter the strength of adult doses. Pfizer is proposing three doses at one-tenth the strength of adult shots. 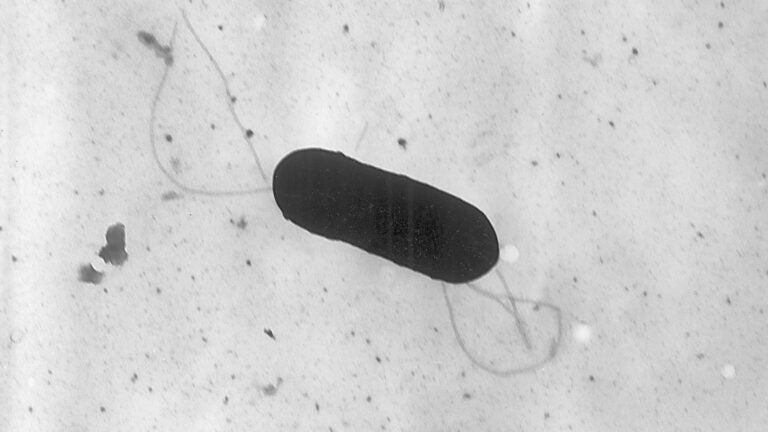