COVID-19 omicron subvariants BA.4 and BA.5 have rapidly increased their prevalence in New England over the past several weeks.

U.S. Centers for Disease Control (CDC) data shows that the subvariants first arrived in New England in mid-April, but started growing exponentially at the end of May.

BA.2.12.1 is still the most prevalent variant in the region and nationally, accounting for 68.3% of infections in New England and 56% nationally, but it’s possible we could see BA.4 and BA.5 account for an increasing share of cases over the next few weeks, as in other regions of the country.

In an email to Boston.com Wednesday, David Hamer, a professor of global health at Boston University (BU), wrote that BA.4 and BA.5 have many of the same mutations that made the original omicron variant so concerning, but that they also have new mutations that may make them more transmissible.

Hamer said that they have a mutation that may make it easier for them to attach to human cells, and another which may make them better at evading immune responses.

Still, Hamer said, there is no evidence that these variants cause more severe disease, so they are not likely to increase hospitalization rates, except among people who have not been vaccinated or have not had a natural infection.

Matthew Fox, an epidemiologist at BU, agreed with Hamer’s assessment about transmissibility and the lack of evidence that these variants cause more severe illness, and said they do not seem to have a higher mortality rate than the original omicron variant.

“If, however, this version is able to bypass immunity, we could see more infections than in the last wave, and that might lead to more hospitalizations just because the number of people infected is higher,” he wrote to Boston.com in an email.

On Wednesday, a study from Harvard University and Beth Israel Deaconess Medical Center that was published in the New England Journal of Medicine found that these variants can evade immune responses better than previous variants.

Because of this, the researchers wrote, BA.4 and BA.5 could cause substantial surges even in populations with high vaccination rates and natural immunity to BA.1 and BA.2, though vaccination should still provide protection against severe disease.

Hamer said that based on this new information, he believes there could be a substantial rise in infections in New England this summer or in early fall.

“It does cause some concern,” Fox wrote. “But it’s also a small sample, so I think we need to wait and see what happens on a population level.”

All in all, he said, it is too early to tell what impact BA.4 and BA.5 will have as they grow in prevalence across New England.

Fox and Hamer said BA.4 and BA.5 have been observed in South Africa and several European countries so far. Hamer said these countries have experienced gradual increases in cases due to the new variants, but have not seen large waves of infections.

Fox added that infection rates are usually lower in the summer due to higher temperatures and people going outside more, but said there’s really no way to know for sure.

“I don’t think there is cause for too much concern yet, but…I think we should be preparing,” he wrote. “People should be thinking about what measures they are willing to take should infection rates go up.” 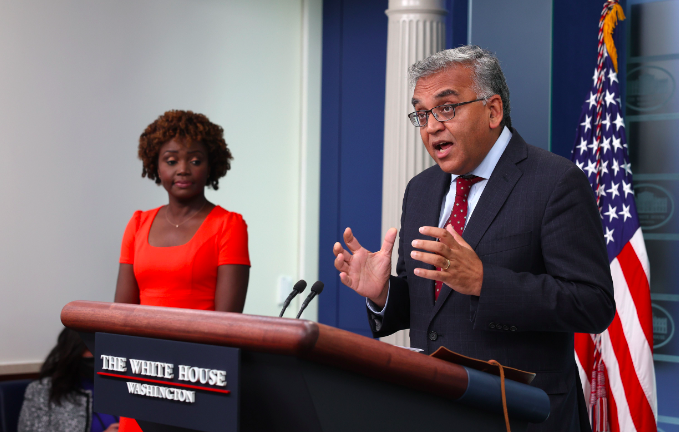 Jha: Here's what you need to know about COVID 'rebound' as Biden goes back into quarantine