Massachusetts residents bracing for a November surge of COVID-19 can breathe a sigh of relief — for now.

The concentration of COVID-19 found in greater Boston’s wastewater is trending downwards, a welcome sign for those hoping to plan safe holiday gatherings later this month. Wastewater COVID-19 tracking is a powerful tool used to get an early glimpse at upcoming viral trends.

This data is collected through testing at the MWRA Deer Island Treatment Plant. Samples are taken between three and seven times a week. They are analyzed by wastewater epidemiology company Biobot Analytics.

Wastewater tracking is important because people infected with SARS-CoV-2, the virus that causes COVID-19, shed that virus into wastewater when they use the bathroom. This happens regardless of whether or not they are exhibiting symptoms, according to the NIH. Thus, wastewater sampling can be used as an early warning for heightened levels of the virus in a particular community.

Although wastewater tracking is not as robust throughout Massachusetts as it is in the great Boston area, the data collected over the past six weeks shows downward trends in nearly every Massachusetts county, according to Biobot.

To make sure people remain safe during the upcoming holiday season, officials are urging the public to get their updated booster vaccines. Information on the vaccines, including how to find a location to receive a free shot, is available online at mass.gov/covid-19-vaccine. 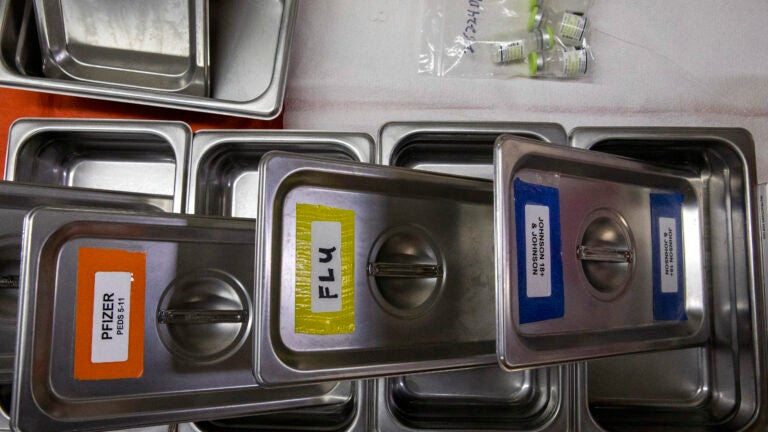 A ‘tripledemic’? Flu and other infections return as COVID-19 cases rise