The third winter of COVID-19 is fast approaching, heralded by unnerving headlines about so-called “nightmare” variants, waning hospital capacity, and a potential “tridemic” of respiratory illness and flu.

Yet as cold weather hits New England and gatherings shift indoors, the advice from doctors and health officials has remained relatively consistent.

With two previous pandemic winters under its belt and an arsenal of public health tools at the ready, should Greater Boston be concerned about another COVID surge this winter?

That’s a trickier question, according to Assoumou.

“What I do expect is that because the weather is colder [and] we spend more time indoors, there’s probably going to be more transmission happening and there will probably be an uptick in cases,” she said. “Now, in terms of would it be a bump versus a surge, it’s hard to know.”

Where are we now?

In Massachusetts, new cases have trended downward in the past few weeks, coinciding with a drop in the concentration of COVID-19 found in Greater Boston wastewater.

However, that decline may not last, according to Dr. Paul Biddinger, chief preparedness and continuity officer at Mass General Brigham.

“Unfortunately, we have concerns that there will be a rise in COVID cases as we get later into the fall or the winter, as we’ve seen in the last couple of years,” he said.

Across the Mass General Brigham system, the number of hospitalized patients with COVID has been pretty steady — hovering between 110 and 130 since June, and close to 100 right now, according to Biddinger. Nearly three-quarters of those patients are hospitalized for another reason and happened to test positive, he explained.

Between relaxed prevention measures and an uptick in influenza, this winter is “going to be rather different” than the past two, according to Dr. Ana Bento, a science director with The Rockefeller Foundation and an infectious disease epidemiology professor at Indiana University.

A mathematical modeler by training, Bento is concerned about a potential rise in cases. Still, if most of the population is vaccinated, a jump in cases might not result in an uptick in hospitalizations for severe illness, she explained.

“What I’m hoping for is that with these campaigns of booster and flu vaccination, that people will actually do it,” Bento said.

It’s hard to predict whether there will be another COVID-19 surge this winter, Biddinger said.

“Obviously, we’ve had substantial surges of COVID in each of the last two winters and the previous winter in particular, because omicron was so transmissible and infected so many people,” he said.

“I don’t think we are likely to see another omicron-like event with a massive surge of cases, and with nearly every American now having had COVID-19, we are not likely to see massive surges of hospitalizations,” Doron said in an email interview.

However, “hospitals are already full even with very few hospitalized COVID patients, and there isn’t much room for even a small surge,” she added.

Should we be concerned about new variants?

The BA.5 subvariant, prevalent during the summer COVID surge, is still responsible for just under 40% of cases in the U.S., per Centers for Disease Control and Prevention data.

However, two other subvariants — BQ.1 and BQ.1.1 — are on the rise, and Dr. Anthony Fauci, the White House’s top medical advisor, recently sounded the alarm on the latter’s apparent ability to evade antibody treatments, according to Fortune.

“In general, the population should be vigilant [about new variants],” Bento said, adding that scientists are still tracking new variants to get a better understanding of how they might evade immunity.

“New variants are what viruses do,” Doron said. “We can never stop the SARS CoV2 virus from mutating. And while it is always possible for the virus to mutate to be more deadly and/or more immune evasive, some experts think it is unlikely we will see another event like we had last January.”

What does this mean for hospitals?

Even if newer variants don’t cause more severe illness, there are widespread implications for the health care system when too many people fall ill at once.

“That can cause more of our staff to be out of work, which strains an already strained workforce,” Biddinger said.

Complicating matters is an uptick in respiratory illness and flu that is already stretching hospital resources thin.

“At some point, the space and our staffing resources are finite, and we don’t have any more flexibility,” Biddinger said.

Mass General Brigham kicked off a system-wide planning effort in mid-September to anticipate a rise in COVID-19 and possibly flu, updating surge plans for fall and winter, he said.

Still, hospitals were already full and struggling with staffing ahead of respiratory virus season, Doron said. She said she has heard of at least one hospital postponing elective surgeries to make room for more patients.

“There are not a lot of reserves to see a surge of patients right now,” she said. “And definitely not a surge of more than one virus.”

One of the reasons hospitals are so full right now is that some health care was deferred as a result of the pandemic, Doron said.

“Postponing surgery just worsens that problem,” she said. “I don’t have a solution to the hospital capacity dilemma, but I know it’s going to take some very innovative thinking and policy making.”

Biddinger urged vaccinations and boosters as one way to help overburdened hospitals.

“The most important thing for people to do is take care of their own health so that they stay healthy, but it absolutely helps make capacity available for others who are seriously ill,” he said.

What can you do?

“The big important message here, I think, is understanding at the individual level that whatever we do to protect ourselves has a benefit to the community,” Bento said.

Step one is staying up to date on vaccination, according to Doron. From there, it’s important for people to know whether they are at high risk of severe illness, she said.

“If you are not high risk, you can enjoy a normal holiday season,” Doron said. “If you are high risk, know that winter is always going to be a higher risk time for respiratory viruses, and know that you have tools: you can choose to wear a high quality mask, ask visitors to take an antigen test, open windows for ventilation, and avoid indoor crowded spaces.”

It may be hard to tell whether there will be a surge this winter, Assoumou said, but “it’s actually up to us.”

“We’re not helpless,” she said. “We have tools, but the way to prevent a surge is to use all those different tools so we can keep ourselves and the community safe.” 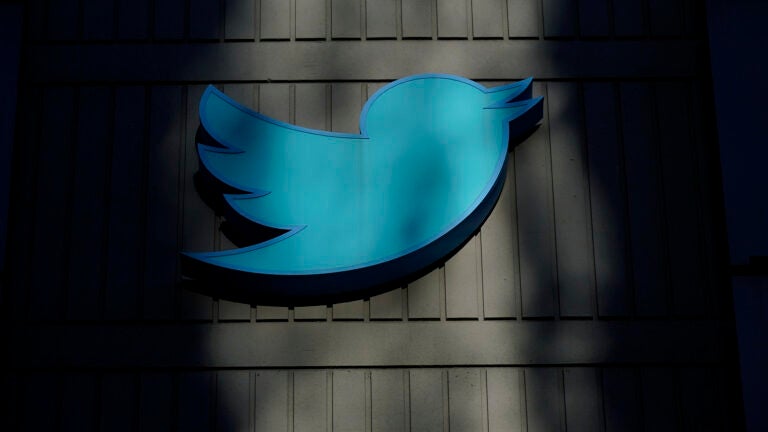