WASHINGTON — A new study by Moderna suggests that its updated coronavirus booster strengthens a key component of the immune system’s defense against the omicron subvariant that accounted for most infections in the United States in recent months.

The company announced the findings in a news release Monday. The underlying data has not yet been published or peer-reviewed, but it has been reviewed by federal regulators.

The data indicates that Moderna’s new booster generates significantly higher levels of neutralizing antibodies against the subvariant, BA.5, and another omicron subvariant, BA.4, than the previous booster, the company said. The federal government replaced the original boosters from Moderna and Pfizer-BioNTech with updated shots in September.

The study is the largest to date of one of the new shots, comparing hundreds of people who received either the updated booster or the original one.

While federal officials said they were heartened by the findings, the data underscored the problem in chasing a virus that invents new defenses against immunization faster than vaccine manufacturers can design and produce modified shots. The government is confronting a crowded landscape of fast-moving omicron subvariants that threaten to evade the population’s immunity from vaccinations and previous infections.

When the government first decided on the makeup of the new booster this past summer, it targeted BA.4 and BA.5. The latter of those subvariants was responsible for a vast majority of infections in the United States in the summer and early fall, and it still accounts about 30% of cases. Another fast-growing omicron subvariant, BQ.1.1, could become dominant by Thanksgiving, said Dr. Stephen Hoge, the president of Moderna.

Hoge said the company’s lab tests suggested that the new booster also produced robust levels of antibodies against that surging subvariant, although far fewer than against BA.4 and BA.5. He cautioned that the BQ.1.1 tests were preliminary and involved only 40 participants.

Pfizer announced similar findings this month about the antibodies produced by its updated booster against BA.4 and BA.5. But neither Pfizer nor Moderna can say whether the revised shots result in less disease.

The Centers for Disease Control and Prevention is overseeing studies of the vaccines’ effectiveness, but those take significantly more time than studies of antibodies that form the body’s first line of defense. Results are not expected for months.

Public acceptance of the new boosters has been dismal: Only 10% of Americans ages 5 and older have received updated doses since the government began offering them in September. The lack of interest deeply worries federal and state health officials as winter approaches and people spend more time indoors and gather for the holidays. The Biden administration is now intensifying efforts to persuade Americans to get one of the new shots before Thanksgiving.

Influenza shots are updated every year in much the same way as the coronavirus boosters were. But some outside scientists have questioned whether federal officials gambled correctly in buying billions of dollars’ worth of updated doses, suggesting that the previous boosters might have protected equally well against severe disease and death.

“We still do not have a single shred of evidence that the bivalent vaccine works better than the monovalent vaccine,” said Dr. Paul A. Offit, the director of the Vaccine Education Center at Children’s Hospital of Philadelphia and a member of the Food and Drug Administration’s panel of outside vaccine experts.

“The only evidence we have today has been neutralizing antibodies, and that hasn’t been particularly supportive,” Offit said. “You could argue we never needed to include these circulating strains, until a circulating strain arises that is resistant to protection against severe disease.”

While Moderna’s new findings are unlikely to resolve the scientific debate, Dr. Peter Marks, the FDA’s top vaccine regulator, said it was “very encouraging to see the high degree of consistency” between Moderna’s and Pfizer’s findings. He said the updated boosters were the best existing shield against COVID-19 and urged all eligible Americans, especially older ones, to consider getting a new shot.

Among those who had a prior coronavirus infection, the company said, the updated shot produced about five times the level of antibodies against BA.4 and BA.5 as the old shot produced. Among those with no prior infection, the new shot induced more than six times the level of antibodies as the old shot. The results were consistent among both older and younger adults, Moderna said.

Some outside scientists have questioned whether that factor could account for the higher antibody levels in people who received the updated booster — a criticism they also leveled against Pfizer’s study.

Neither company “controlled for length of time after the last dose,” Offit said, adding, “There are a lot of problems with that.” He said the longer interval after the third dose could have strengthened the immune system of participants who received the updated booster, leading to higher antibody levels. 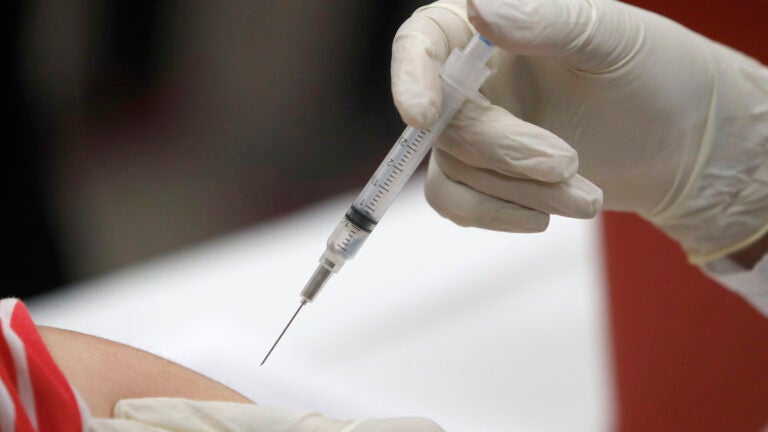 One step closer to a universal flu vaccine?