Police are seeking the public’s help to identify a man wanted for indecently assaulting a woman near Ashmont Station in March. 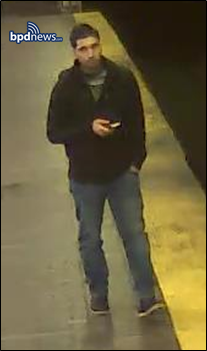 Police are asking for the public’s help to identify the man accused of indecently assaulting a woman in March.

On Saturday, police released a photo of the man, who is described as Middle Eastern, 5-foot-6 to 5-foot-8 inches tall, about 160 pounds, and around 25 to 30 years old.

The alleged incident occurred just after midnight on Saturday, March 26. Police said the woman was walking near Ashmont and Florida streets when a man approached her and spoke to her briefly before indecently assaulting her. He then ran down Ashmont Street toward Dorchester Avenue, according to police.

Police ask that anyone with information contact detectives at 617-343-4400.