In the months before a sweeping federal indictment, prospective MS-13 gang members were killing their way up the hierarchy in initiation rites that took place at a park in Winthrop and a garage in Everett as other members were plotting to murder one of their own, according to a detention affidavit released in February as a part of the federal case against more than 50 alleged MS-13 members and affiliates in the region.

In the affidavit, Wood, who is assigned to the FBI’s North Shore Safe Streets Gang Task Force, sheds new light on the clandestine inner-workings of the transnational street gang in Boston and along the East Coast.

How prospective MS-13 members were initiated and disciplined around Boston:

Members of the FBI’s task force were able to record and videotape MS-13’s initiation rituals, according to the affidavit. In these meetings, “chequos,” or mid-level MS-13 affiliates, were “jumped in” and became full-fledged gang members or “homeboys.”

To become a homeboy, chequos “… must commit at least one murder of a rival gang member.” Once chequos were voted in by members of a clique, leaders would slowly count to 13 while gang members beat the prospective member.

“Afterward, members would say ‘welcome to the Mara’ and hold up the devil horn hand signs,” according to Wood. “Mara” is the Spanish word for “gang.”

But because Martinez had outstanding “violations” with the clique, “… instead of jumping him into the gang, they disciplined him by beating him for 13 seconds,” according to Wood.

MS-13 violations include anything from “… missing meetings, to being drunk in public and pulling out a gun, to losing clique property,” according to Wood. More serious failings, such as “failing to come to the aid of a fellow homeboy,” are punishable by death.

After Martinez was beaten, he allegedly asked the gang if they would make him a homeboy. According to the affidavit, the gang obliged.

Agents also documented another alleged jump-in on December 6 at a park in Winthrop.

At the meeting, Edwin Gonzalez, 20, nicknamed “Sangriento,” was allegedly promoted for the September 7 murder of Wilson Martinez, 15, by the Molinos Loco clique. Gonzalez is charged in Martinez’s murder as well as the murder of 16-year-old Christofer de la Cruz.

Because the Molinos Loco clique didn’t have enough members for an official jump in, members of other cliques showed up to help.

Why tension turned into a plot to kill an alleged clique leader:

Sandoval’s reign over the Eastside Loco clique was controversial, according to the affidavit.

“Why don’t you kill him?” asked “Chucky,” the MS-13 nickname of the top-ranking member on the East Coast. Prosecutors say Chucky’s real name is Jose Adan Martinez Castro, and he held a MS-13 meeting on December 13 at his home in Richmond, Virginia.

Castro was addressing members of Eastside Loco, allegedly asking them to kill Sandoval over a dispute involving chain of command within the regional hierarchy.

MS-13’s rigid structure was detailed in the indictment, with members paying allegiance to area cliques, which answer to regional program leaders, who ultimately take orders from “La Ranfla,” the incarcerated leadership in El Salvador.

“Why don’t you all get together?” asked Castro, according to the court documents. “That guy is making your clique look bad.”

He said that if Sandoval broke a rule, then everyone in the clique would be punished. The meeting included members from Massachusetts, Maryland, Ohio, California, and Texas. Castro added that he had filed official paperwork to leaders in El Salvador, and that the “green light”—permission to murder Sandoval—should come soon, according to prosecutors.

Attorneys for Sandoval and Castro did not respond to requests for comment.

This wasn’t the first chatter about having Sandoval killed. In the summer of 2015, members of the FBI’s task force told Sandoval “the word on the street” was that MS-13 leaders in El Salvador had hired a hitman to murder him, according to the affidavit.

Sandoval survived the turmoil. Both he and Castro were indicted in part of the federal sweep in January.

How MS-13 identified and murdered informants in its own ranks:

The affidavit shows that in at least one instance, federal agents relied on a paid informant—at great risk—to obtain recorded conversations from gang members.

In a conversation recorded in October, Noe Salvador Perez-Vazquez, nicknamed “Crazy,” an alleged Everett Loco clique leader, allegedly rallied members to go after anyone in MS-13 who communicates with law enforcement. “We are going to investigate them, man, and we are going to do a hit on those sons-of-bitches,” he said, according to the affidavit. “We’ll even go after their family—what the program says, homie.”

Perez-Vazquez added that those who make false claims will be murdered as well, citing a MS-13 policy that any allegation of cooperation with law enforcement must be backed up with proof or documentation, according to the affidavit. 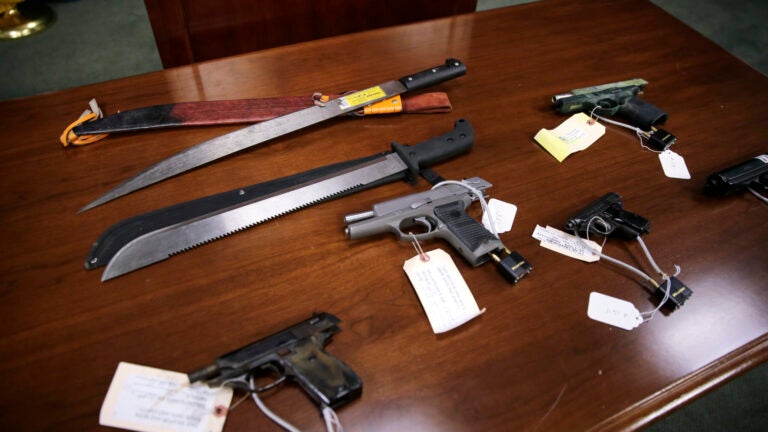