A man was arrested for allegedly indecently assaulting a 14-year-old girl at an MBTA station, according to Transit Police. 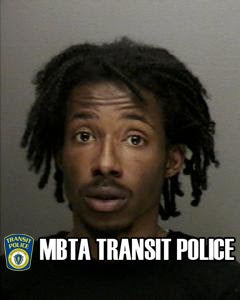 Terrell Alves, 25, was charged with indecent assault and battery for an incident that happened at the Downtown Crossing station on the morning of April 27 . Police tracked Alves down in Kenmore Square, where he was arrested on Tuesday. Alves is homeless.

Alves was also arrested for indecent assault and battery on a woman in December for an incident at Downtown Crossing. In that case, Transit Police say Alves was in an “agitated state,” yelling at several passengers who had come to the woman’s aid. When police booked him for that incident, they discovered there was a warrant for Alves’ arrest out of Wareham District Court for two counts of vandalized property.

He will be arraigned Wednesday in Boston Municipal Court, Central Division.