According to a criminal complaint, Joseph Garguilo also said he wanted to bomb police stations and burn down a mosque.

“Burn every motherf—-er down in there,” Garguilo allegedly told an acquaintance.

He appeared Monday in U.S. District Court in Boston on a criminal complaint of being a prohibited person in possession of ammunition.

Federal agents said they received an online tip July 27 from an acquaintance of Garguilo that he had recently acquired the parts to make an AR-15 rifle, and was stockpiling food, water, and weapons, including Tasers, mace guns, hunting knives, and thermite, the latter of which he allegedly intended to use to make grenades.

According to the tip, Garguilo also searched online how to make bombs, how to kill a person the quickest, and what part of the body makes a person bleed the fastest. He also allegedly “hates gays, minorities, and the police.”

The tip said that Garguilo planned to plant bombs in police stations and “kill as many homeland security officers as he can before they kill him.” According to the report, Garguilo believed the country was on the verge of collapse and would enter into a state of martial law.

On July 29, federal agents reached out to Holliston police, who said they were “familiar” with Garguilo. According to detectives with the department, Garguilo had put metal bars on his doors and windows and wore a handcuff key on his neck. They also said he was reputed to abuse prescription medication.

Nearly a month later, last Friday, the original tipster called agents to let them know another acquaintance had visited Garguilo at his home.

According to the report, the acquaintance, who told the FBI he was a childhood friend, had gone to check on Garguilo. The friend said he was worried because he noticed Garguilo’s mental state “had gone downhill.”

During the visit, he went down with Garguilo into his basement, where he said he saw a partially assembled AR-15 (the friend said he recognized the rifle based on his 15 years serving in the Army). The friend also told agents that he noticed thermite, body armor vests, a Kevlar helmet, brass knuckles, and several knives.

Garguilo allegedly told the friend he had bought the AR-15 parts and thermite online.

According to the FBI, Garguilo is also the subject of an active restraining order from a sealed case, which bars him from possessing firearms or ammunition based on a finding of “substantial likelihood of immediate danger of abuse.”

During the visit, the friend said that Garguilo told him he plans to “chain a mosque closed and burn it down,” though he did not mention any specific plan or location for the attack.

Nevertheless, the friend said he believed Garguilo was serious.

During the same visit, the friend said Garguilo mentioned that he should have taken the opportunity to kill Obama, while the president was golfing during his vacation in Martha’s Vineyard.

The friend warned agents that he thought Garguilo, who he suspected of using steroids, would try to fight them if law enforcement officers showed up with a warrant.

Federal agents conducted a search of Garguilo’s Holliston residence Saturday and seized AR-15 rifle parts and ammunition, among other things.

According to the complaint, federal agents plan to search Garguilo’s computers and electronic data and ascertain his plans.

Garguilo remains is custody and is due back in court for a detention hearing Wednesday, according to a spokeswoman for the U.S. Attorney for Massachusetts. Prosecutors have 30 days to file criminal charges.

Garguilo’s lawyer, Mark Meehan, told The Boston Globe on Monday that his client is “very distressed” and “denies all the allegations.”

“He denied making any threats to anybody,” Meehan said.

“There’s a broad range of views out there. His would not be considered mainstream, but they are certainly not exceptionally radical,” he told the Globe. 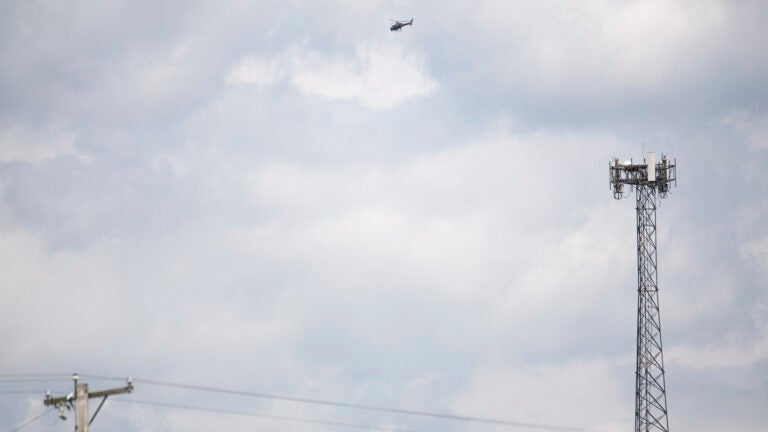