MONTPELIER, Vt. (AP) — A man suspected of driving the wrong way on an interstate and causing a fiery crash that killed five teenagers was charged on Thursday with five counts of murder.

Police say 36-year-old Steven Bourgoin crashed into the teens’ car in Williston and then stole a police cruiser before crashing it into at least seven other vehicles late Saturday night. Chittenden County state’s attorney TJ Donovan has said he ‘‘would not classify what occurred on Interstate 89 as an accident.’’

Police on Tuesday served an arrest warrant on the hospitalized Bourgoin for use of the cruiser. On Thursday, the state filed the murder counts against him in the teens’ deaths. Public defenders working on the case did not immediately return phone calls or emails seeking comment.

Bourgoin, who would face 20 years to life in prison on each murder count if convicted, is to be arraigned Friday in a conference room of the hospital, where his condition has been upgraded from critical to good.

Police say Bourgoin had visited a hospital emergency room on Saturday hours before the crashes. A police affidavit said he was seen by a physician assistant and was referred to the Howard Center, which provides crisis and counseling services, but he was not screened there.

The police officer who responded to the first crash told a state police investigator that Bourgoin has post-traumatic stress disorder but did not elaborate. Bourgoin served in the U.S. Army at Fort Benning in Georgia between August 1999 and November 1999, the Army says.

A police affidavit says Bourgoin hit his girlfriend in the head and threatened to throw her down the stairs in May. Police say when she tried to leave with their 2-year-old child, Bourgoin got into a vehicle, drove them around and threatened to kill them. Last month a court awarded custody of the child to Bourgoin’s now-ex-girlfriend, prosecutors said.

His public defender in that case has not returned a phone call seeking comment.

The ex-girlfriend told a state police investigator after the crash that her relationship with Bourgoin changed after they had a child in February 2015, according to court papers. She described Bourgoin as being angry and having mood swings, the affidavit said. 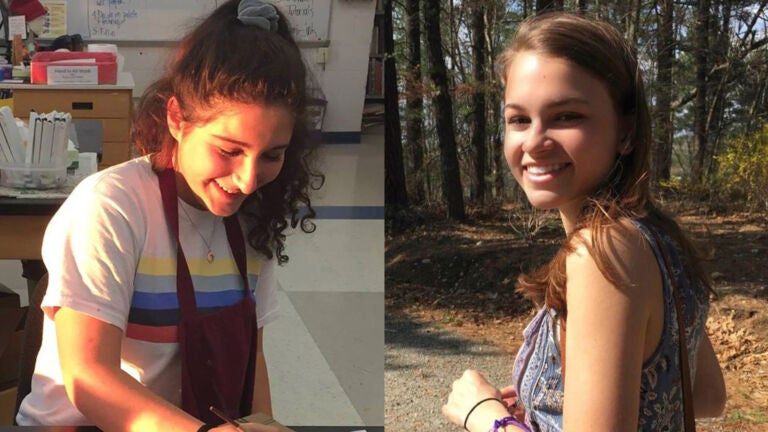