Phyllis Payne’s family thought that she had died of natural causes.

There was no reason to be suspicious when the spunky Texas grandmother, who had been spending the last years of her life in a retirement community in Dallas, passed away in April 2016 at the age of 91.

“When they discovered her, they said she looked like she had just died in her sleep,” her daughter, Loren Adair, told WFAA.

Years later, an unexpected call from a police detective would change everything. As Payne’s family learned, authorities now believe that she was murdered by Billy Chemirmir, who had been posing as maintenance worker at senior living facilities across the Dallas-Fort Worth metro area.

The 46-year-old was indicted on numerous homicide charges last week. Police believe he murdered at least a dozen elderly women, which would make him one of the state’s most prolific serial killers, according to the Dallas Morning News.

Officials have said that Chemirmir smothered his victims with pillows before making off with their jewelry or other valuables. Because his victims were elderly women who lived alone, their deaths were not considered suspicious and initially did not get investigated.

“That was heart-wrenching to find out that she had not died peacefully,” Adair told WFAA. “It was heartbreaking.”

Chemirmir has insisted that he is innocent. “They have circumstantial evidence that puts him in the area but that’s as far as the evidence goes,” Phillip Hayes, his attorney, told the Associated Press last week.

Officials began reevaluating the deaths of hundreds of elderly women in the Dallas-Fort Worth area last year, suspecting that they might have overlooked a pattern of homicides. The investigation began in March 2018, not long after a 91-year-old woman was attacked and robbed in her Plano, Tex., apartment.

The nonagenarian told police that a man had forced his way in, telling her to lie down in bed and not fight him. When she obeyed his commands, he placed a pillow over her face to smother her. Before long, she lost consciousness, according to court records obtained by the Morning News.

Miraculously, the woman, whose name has not been released, survived. A friend happened to stop by in time to call paramedics, who revived her. But by the time the 91-year-old regained consciousness, her assailant was long gone. So was her jewelry box.

Police began investigating. Earlier that month, someone had reported a suspicious vehicle at the Plano apartment complex. The license plate traced back to Chemirmir, and detectives began staking out his home. As they watched from a distance one night, they saw him tossing a jewelry box into the trash.

Inside, they found a name written on a piece of paper, which they linked to Lu Thi Harris, an 81-year-old living less than 10 miles away in Far North Dallas. No one at her home answered the door, and when police made their way inside, they found Harris dead in her bedroom with lipstick smeared around her mouth. A pillow lying on the bed also had lipstick stains on it, leading investigators to conclude that she had been suffocated.

The gruesome discovery was the key break detectives needed in another case that had been puzzling them for months.

In October 2017, a 93-year-old woman had been attacked and robbed at an assisted living facility in Frisco, less than 20 miles away from Plano. She told police that a well-dressed man knocked on her door and identified himself as a maintenance worker, asking if she needed anything done. When she declined, he forced his way into the apartment and knocked her to the ground.

The man picked up a pillow and tried to smother the 93-year-old before taking her wooden jewelry box and leaving, according to the Morning News. When he was gone, the victim, whose name has not been released, used her emergency alert button to call for help. Detectives in Frisco began investigating, but the woman couldn’t describe her attacker in enough detail for them to pinpoint a suspect.

When they learned that Chemirmir had been arrested, police in Frisco checked his phone records. As it turned out, his cellphone had connected with a cell tower roughly a half-mile from the woman’s apartment on the day of the attack, according to the Morning News.

The striking parallels between the three cases led authorities to charge Chemirmir with capital murder in Harris’ death, and attempted capital murder in the attacks on elderly women in Plano and Frisco. After his March 2018 arrest, police found a cache of women’s jewelry, cellphones and medical scrubs in his apartment, according to WFAA.

For police in Plano, Frisco and Dallas, the discoveries raised one major question: How many elderly women had their deaths chalked up to natural causes or existing health problems when, in fact, they had been murdered?

At a news conference in March 2018, officials pledged to take a closer look at hundreds of deaths that, up to that point, hadn’t been considered suspicious. Payne had her body exhumed so that the Dallas County Medical Examiner’s office could conduct an autopsy for the first time.

The initial results of that investigation were revealed to the public last week, when Chemirmir was indicted on an additional six capital murder charges in Dallas County and five capital murder cases in Collin County, where Frisco and Plano are located. In Dallas County, where he already faced charges for the March 2018 murder of Lu Thi Harris, he is accused of killing an additional six women who ranged in age from 76 to 94, and who died in 2016 and 2018. The names and ages of the five victims in Collin County haven’t been released.

Police are continuing to look for more potential victims, the Morning News reported, and haven’t revealed how the 11 new homicides were linked to Chemirmir.

A citizen of Kenya, Chemirmir has lived in the greater Dallas area for more than a decade and had a history of DWI and assault charges, according to the Fort Worth Star-Telegram. In 2016, he had also been charged with trespassing at a retirement community in Dallas where one of his victims reportedly lived. He is being held on $9.1 million bail. Because he is in the country illegally, federal immigration authorities have additionally placed a jail hold on him.

The case has led to multiple lawsuits against senior living facilities and retirement communities in the area, the Star-Telegram reported. Families of three victims allege the facilities didn’t have adequate security, which allowed Chemirmir to pose as a maintenance worker or caregiver without being detected. One suit was settled for an undisclosed sum in September, while the other two are still pending. None of the facilities have admitted wrongdoing.

Officials haven’t said whether autopsies were performed on the eleven victims when they first died. But being smothered by a pillow would leave little evidence of foul play, one expert told the Morning News. If the deceased person was elderly and had existing medical conditions, that would further decrease the likelihood that investigators would look for red flags like fibers on the victim’s body.

That has raised concerns for some advocates, who worry that the deaths of older people aren’t being fully investigated because authorities draw certain conclusions based on age.

“Maybe it’s easier to say, ‘This person is over 70 so they had a heart attack,’ but we don’t know that,” Dee Wadsworth, a retired gerontologist, told the Morning News. “If that person has no history of a heart condition, then further investigation is warranted by the medical examiner.” 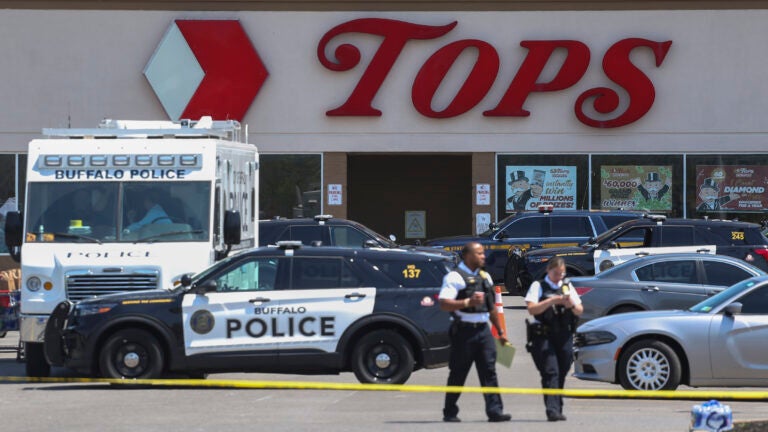