SAN BERNARDINO, Calif. (AP) — The disappearance of a couple and their two children puzzled California investigators for years.

The McStay family vanished suddenly in 2010, with bowls of popcorn left uneaten in their house and no sign an attacker forced their way inside. Three years later, their bodies were found in shallow desert graves more than 100 miles (161 kilometers) away.

Now, a jury has reached a verdict in the murder case against 62-year-old Charles “Chase” Merritt, who authorities say killed the family with a sledgehammer after his business associate Joseph McStay tried to cut him out of a business making and selling custom water fountains.

Jurors’ decision came Friday after about a week of deliberations, and it will be read in court Monday in San Bernardino.

While many questions remain about the killings, prosecutors argued that evidence from the family’s car, financial accounts and cellphone towers linked Merritt to the deaths of McStay, McStay’s wife, Summer, and the couple’s 3- and 4-year-old sons.

Merritt’s attorneys said the two men were best friends and investigators overlooked another possible suspect. They said the evidence doesn’t add up, noting there were no signs of an attack inside the family’s house.

After the McStays disappeared from their home in San Diego County, investigators couldn’t immediately determine what had happened. Their car was found parked at a strip mall near the Mexican border, and at one point, investigators said they believed the family had gone to Mexico.

In 2013, the family’s bodies were found in shallow graves in San Bernardino County, along with a rusty sledgehammer, after an off-road motorcyclist discovered skeletal remains in the area. 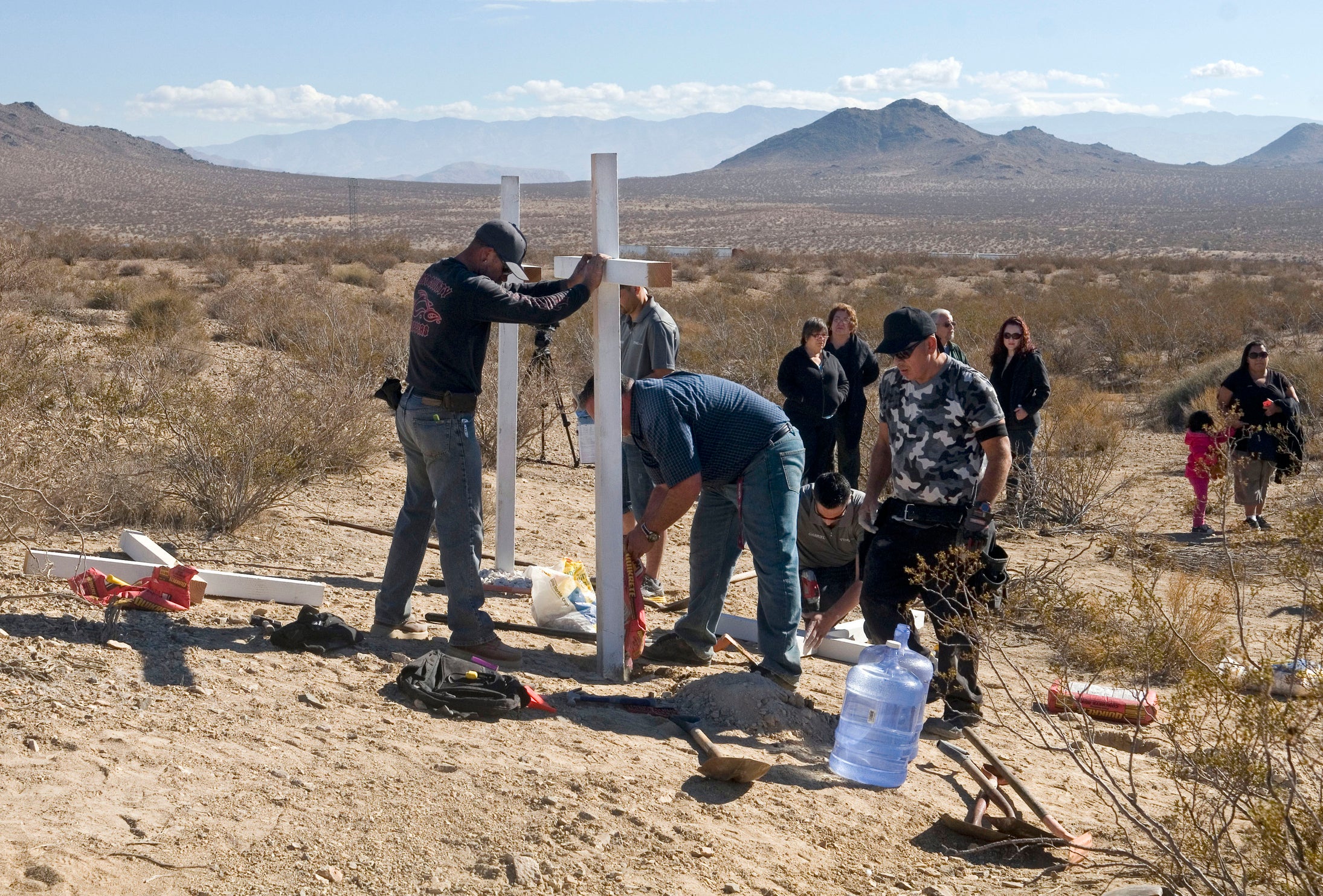 In this Nov. 20, 2013, photo, residents of Victorville, California, and surrounding communities place crosses near the graves where the McStay family was found.

Authorities said they traced Merritt’s cellphone to the area of the desert gravesites in the days after the family disappeared and to a call seeking to close McStay’s online bookkeeping account. They also said Merritt referred to McStay in the past tense in an interview with investigators after the family vanished.

If Merritt is convicted of the murders, prosecutors have said they will seek the death penalty.