The man who claimed to be a self-help guru, but actually ran what authorities called a cult-like secret society of “sex slaves,” was found guilty of racketeering and sex trafficking on Wednesday.

The verdict ended a six-week trial that revealed haunting details about Keith Raniere and his Albany, New York-area group NXIVM, where followers were coerced into sex, blackmailed and branded with Raniere’s initials. Jurors in Brooklyn’s Federal District Court convicted him on all federal charges and he could now face life in prison. Raniere’s sentencing is set for Sept. 25.

The 58-year-old founded the group in the early 2000s and billed it as a sorority of empowerment. Instead, prosecutors said, Raniere – sometimes called “The Vanguard” – and his organization – also known as “The Vow” – sought to ensnare women, some of whom were celebrity devotees.

Raniere has maintained his innocence and plans to appeal, said his lawyer, Marc Agnifilo.

“It’s a very sad day for him,” Agnifilo told the AP. “I think he’s not surprised, but he maintains that he didn’t mean to do anything wrong.”

Raniere was arrested in March 2018 surrounded by several women at a gated, luxury community in Puerto Vallarta, Mexico. That was just six months after The New York Times published an investigation of NXIVM, based on testimony from Raniere’s victims, who told of the branding ritual, which involved using a cauterizing pen to burn their pubic regions, and a litany of other abuse.

“Submission and obedience would be used as tools to achieve those goals,” the Times reported. “The sisterhood would comprise circles, each led by a ‘master’ who would recruit six ‘slaves,’ according to two women. In time, they would recruit slaves of their own.”

Along with racketeering and sex trafficking, Raniere was indicted on crimes included forced labor, money laundering, wire fraud, identity theft and possession of child pornography, according to the Times.

He was alleged to have started a sexual relationship with a 15-year-old, and prosecutors said he kept a collection of nude photographs of the teenage follower as “a trophy.”

“Smallville” actress Allison Mack, 36, was indicted alongside Raniere in 2018, and pleaded guilty in April on charges that she schemed to convert women into sex slaves for Raniere. Prosecutors allege that Mack recruited women, forced them to have sex with Raniere and then used explicit photos and damaging information to ensure their compliance.

Mack told recruits they were joining a female mentorship group, the AP reported.

“I believed Keith Raniere’s intentions were to help people, and I was wrong,” Mack said during her plea hearing.

Mack will be sentenced on Sept. 11 and faces two counts of racketeering, each with maximum terms of 20 years.

After the jury ruled against Raniere, the actor Catherine Oxenberg, who starred in the soap opera “Dynasty” and whose daughter was once a NXIVM follower told reporters that justice had finally been served.

“This was a very frightening group,” Oxenberg said. “I had to save a child who was caught in the grips of this cult, so I wasn’t going to stop until I succeeded.” 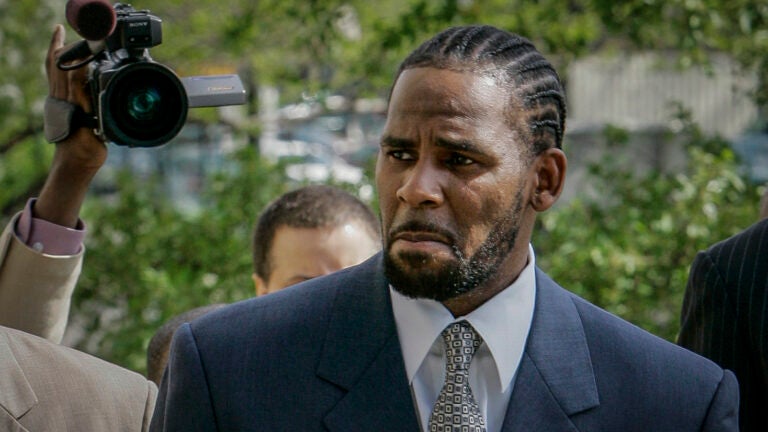