The future of a criminal case alleging Kevin Spacey sexually assaulted an 18-year-old man at a Nantucket restaurant three years ago was launched into uncertainty this week after the famed actor’s accuser invoked his Fifth Amendment rights during a pre-trial hearing.

The decision came as Spacey’s attorneys hoped to glean information on the whereabouts of the now 21-year-old’s missing cellphone that is said to contain text messages and other evidence detailing the night Spacey allegedly groped him.

On Monday, with the accuser opting not to testify and the cellphone still unaccounted for, Nantucket District Court Judge Thomas Barrett said the case “may well be dismissed.”

“Once exercised, it may be pretty hard to get around this privilege at trial,” he said of the accuser’s constitutional rights.

The indecent assault and battery charge against Spacey stems from a night at the Club Car restaurant in July 2016, when the two-time Oscar winner allegedly unzipped the young man’s pants and fondled him while buying him drinks at the bar.

Spacey’s attorneys have denied the allegations and said the interaction was “mutual and consensual flirtation, nothing more.” Spacey has pleaded not guilty.

A string of text messages the accuser sent that night allegedly detail the encounter.

Last month, Barrett ordered the cellphone be turned over to the defense, who claim additional information deleted from the device will help disprove the allegations. But the accuser’s attorney said it is missing.

Here’s what we know about the cellphone at the center of the case:

What the text messages say 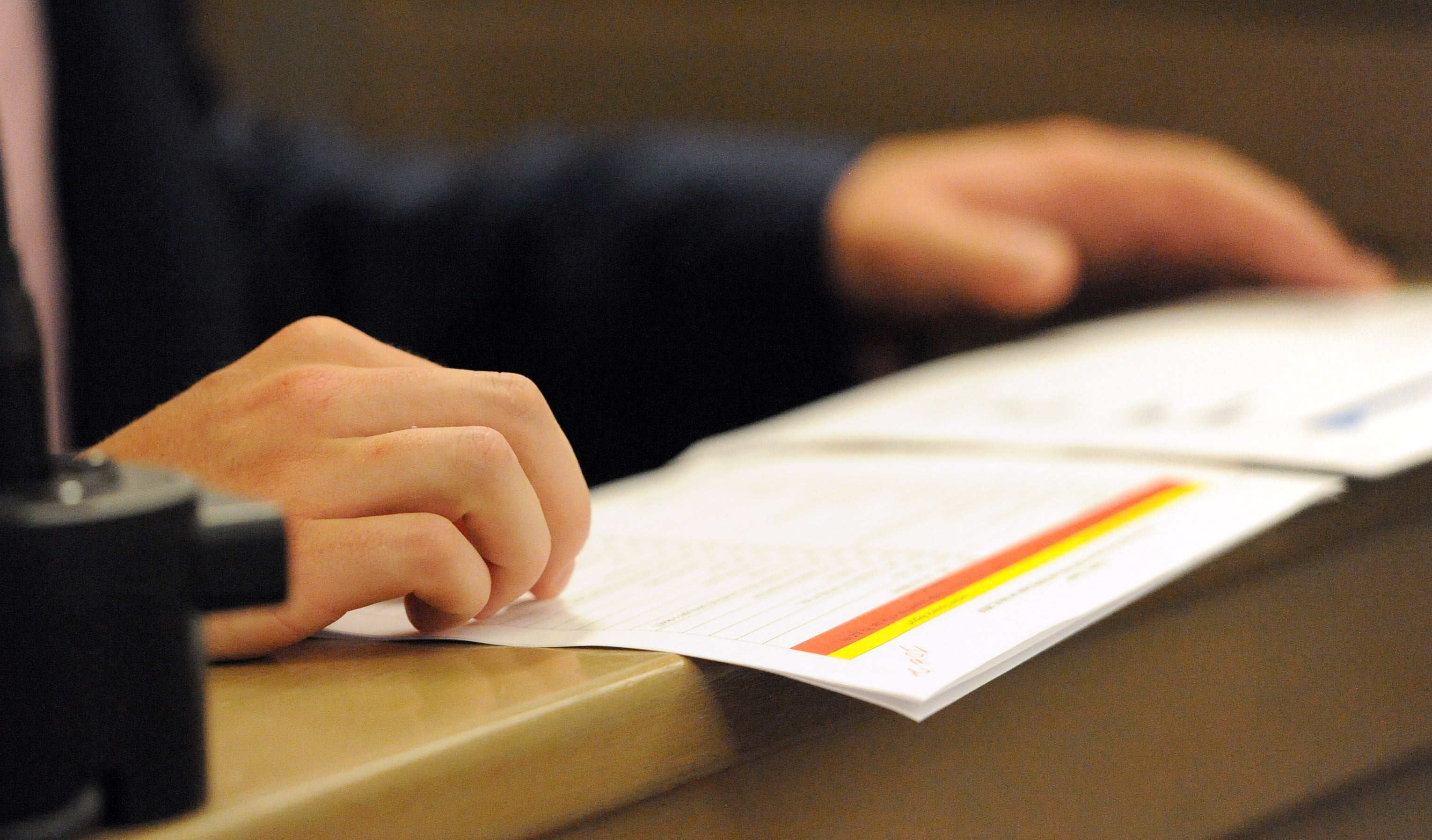 The accuser sent his then-girlfriend a series of text messages while he was with Spacey, offering insight into the allegations that would be made in court earlier this year.

A motion by Spacey’s lawyers filed in March contained screenshots taken by the accuser that he sent to investigators, according to The Boston Globe.

The phone exchange provided seems to begin in the middle of a conversation with the man texting his girlfriend that Spacey is “hangin around me in the bar. He got my number and asked me to come out with him.”

Girlfriend: “Are you kidding” — “Sounds like he’s hitting on you…”

According to the Globe, the man writes back later “I’m not gay,” adding, “But I think spacey is.”

Girlfriend: “Hahaha” — “Uhg literally so jealous” — “Plz take a selfie with him at some point”

Girlfriend: “I thought you were serious” — “Taking advantage of my gullible-ness”

The man’s girlfriend wrote back, “What the [expletive] is happening,” and sent three flushed-face emojis, adding “Have fun but not too much fun if you know what I mean,” the Globe reports.

The last portion of the exchange is 18 consecutive messages from Spacey’s accuser, according to the newspaper:

“Jesus Christ he reached down my pants.”

“No this is Kevin ducking spacey”

“He’s buying me yet another drink”

“He’s gotten me so many”

“He grabbed my [expletive]”

“I got the autographs and a hell of a stout”

It is not clear whether anyone responded since other parts of the group text were not included. Spacey’s legal team argued the conversation was edited.

According to other court documents, the accuser also recorded a Snapchat video during the night with Spacey. In the video, Spacey could be seen “touching the front” of the man’s pants “by his crotch,” his girlfriend told authorities, The New York Times reports.

What the accuser and his family say happened to the phone

After Barrett ordered that the phone be turned over to Spacey’s attorneys, Mitchell Garabedian, the accuser’s lawyer, wrote in a court document last month that the accuser’s mother, former WCVB-TV news anchor Heather Unruh, handed the cellphone over to authorities in December 2017, according to the Globe.

Garabedian added that, according to police notes, the phone was given to the accuser’s father, although the father said he does not remember receiving it.

Both the accuser and Unruh say they have not seen the phone since they gave it to the police to review. Garabedian said he nor anyone in his office has seen it either.

He wrote that the accuser “and his family have searched all the places where such a phone may have been stored. They have not found the phone,” according to the Globe.

On Monday, the accuser told Spacey’s attorney he had no knowledge of anything being deleted but said some information was removed from the phone “due to a variety of circumstances,” adding that, “those circumstances were not related to any deletions.”

His testimony was stricken from the record in light of his decision to invoke his constitutional rights.

Unruh, however, said she deleted data from the phone that was not relevant to the case before she brought it to police and was upfront with law enforcement about her actions.

She first went looking through the phone after learning her son caught Spacey allegedly groping him on video, she said. While doing so, she found — and deleted — data that showed her son partying in college over a year after the alleged assault, according to the Globe.

“I was a mother looking through my son’s phone for the first time and saw things that concerned me,” she said. “I don’t know who wouldn’t have done the same thing.”

According to Unruh, she thought the prosecution had the phone after it was turned over to law enforcement.

She said Monday she did not have any conversations with the accuser’s father or her son about getting rid of the phone.

“No one wants that phone more than we do,” Unruh said.

What the missing phone could mean for the case 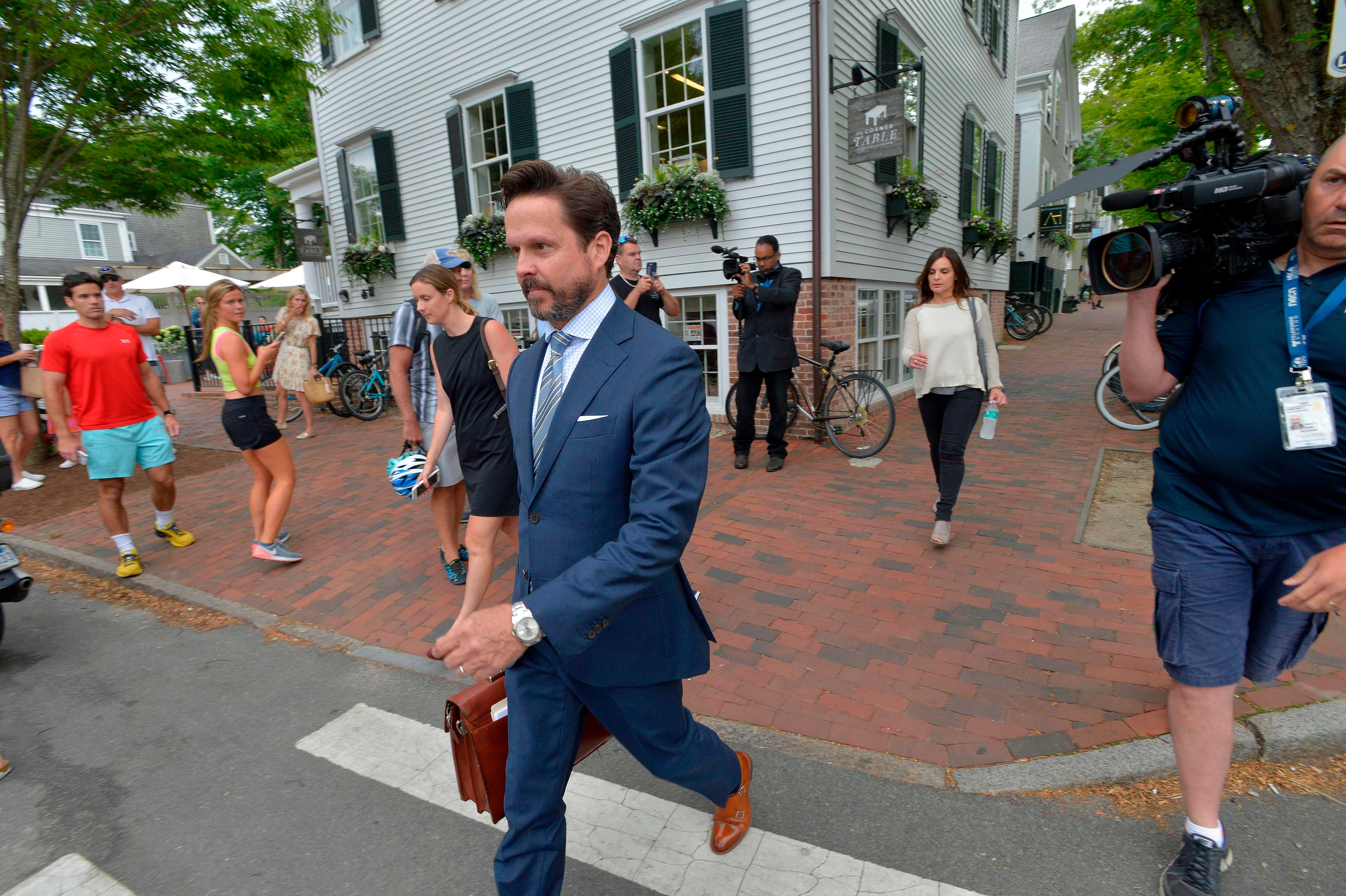 In court Monday, Alan Jackson, Spacey’s attorney, said that despite efforts by Garabedian to provide the defense with backup material from the phone through Macbook and other phone downloads, “none of that answers the central question, which is where is the actual phone?”

“That’s what we want, that’s what we’re entitled to, and we still don’t have it,” he said.

During the accuser’s testimony, Jackson told him he could be charged with a felony for deleting material from the phone. Afterwards, the accuser invoked the Fifth Amendment to protect against self-incrimination.

The fact that Unruh deleted other data from the phone is also problematic, according to Jackson, who said it hinders the defense from getting more information about the accuser’s credibility and character.

He said prosecutors and the accuser’s legal team are “pointing fingers at each other.”

“Guess who loses because of this — that would be us,” Jackson said.

He argued the case has been compromised and said it should be dismissed.

“The case revolves around this individual and without him the Commonwealth will have a tough row to hoe,” he said.

Brian Glenny, a prosecutor for the Cape and Islands District Attorney’s Office, asked Barrett for time to figure out how to respond in light of the developments Monday, the Times reports.

“I’m not prepared today to say what we’re going to do,” he said.

Barrett said he expected Spacey’s legal team to ask for sanctions against the prosecution over the lost phone.

“I’m not saying there are consequences, but there could be,” he said. “We will see what happens.”

The case is due back in court on July 31.