In rural Wakulla County, Florida, where Spanish moss drips from trees and manatees flock to deep freshwater springs, a middle-aged couple quietly prepared for the apocalypse.

Mirko Ceska, 58, and Regina Ceska, 55, were “a standoffish kind of people,” neighbor Bryan Chatham told WCTV. They kept to themselves, and weren’t the type to invite others over for dinner. So when they were arrested Friday for allegedly abusing two women in their custody, it was the first time Chatham learned that anyone else had been living on the property, which was surrounded by tall oak trees and “No Trespassing” signs.

“I didn’t even know that they had kids,” Chatham told the station. “I thought they lived there by themselves.”

More than a decade ago, according to previous news reports, the Ceskas adopted twin girls who would now be in their early 20s. On June 28, two women escaped the couple’s small farm in unincorporated Crawfordville, Florida, and came to police with a harrowing tale of physical and sexual abuse, saying they had been held against their will for years. Officials couldn’t be reached Sunday night to confirm if those women were the twins who the couple adopted, but said in a statement that the Ceskas “exercised custodial responsibility” over the runaways.

On July 12, 2019, Detectives of the Criminal Investigations Division (CID) at the Wakulla County Sheriff’s Office (SO)…

The escapees, whose ages were not specified, told the Wakulla County Sheriff’s Office that their caretakers used them for farm labor, putting them to work each day at 5:30 a.m. They learned to raise pigs and sheep, grow fruits and vegetables, shear sheep for their wool, weave fabric on a loom, and sew. Far from being an idyllic homesteading experience, the women described life on the isolated farm as an unending nightmare.

Both reportedly described Mirko Ceska forcing sex acts on them, sometimes with Regina Ceska’s support. The victims said they weren’t allowed to leave the farm, have friends, or own cellphones. When they had to go out in public, they weren’t allowed to talk or even shake hands with anyone, and were “instructed to always look happy,” authorities said. If they didn’t smile, they would be beaten or verbally abused, or their food would be taken away.

Before they ran away, the women alleged, Mirko Ceska beat them with a metal rod. One of the women had bruises on her back and arm when she met with detectives.

The women told authorities that the Ceskas were “doomsday preppers who had getaway properties located throughout the United States and food rations and weapons stored in the event of a major calamity,” police said. Property records show that in addition to the farm in Crawfordville and several undeveloped plots of land in the Florida Panhandle, the couple also own a small island in a pond on the rural outskirts of Dover-Foxcroft, Maine.

The two women, whose names are being withheld because they are allegedly victims of sexual assault, filed for domestic violence protective orders against Regina Ceska on Thursday, according to court records. It’s unclear how they managed to leave the farm, and where they went after they escaped. On Friday, detectives served domestic violence injunctions and raided the couple’s Crawfordville home, where they found “dozens of high quality firearms and many cases of ammunition,” some of which were stashed behind false walls and underneath a staircase, along with large quantities of food and “survivalist items.”

Investigators seized a homemade video that showed Mirko Ceska screaming at the victims and accusing them of stealing food. On his cellphone, they found evidence that he had searched the internet “for an incestuous video,” a statement from the Wakulla County Sheriff’s Office said.

Officials haven’t said how the victims wound up with the Ceskas as their guardians. However, in 2009, the couple were among the adoptive parents invited to meet then-Florida Republican Gov. Charlie Crist at the governor’s mansion, as the Tallahassee Democrat first reported. The event, titled “Explore Adoption Day,” was intended to celebrate the fact that a record number of children had found homes through the state’s adoption system during the previous fiscal year.

But Mirko and Regina Ceska, who told the governor that they had adopted two 12-year-old girls the year before, took the opportunity to express concerns that children in foster care were being overmedicated. The couple said that their daughters had been prescribed 11 separate medications while in foster care, including Seroquel, an antipsychotic developed for treating schizophrenia.

“Their behavior was absolutely terrible and you could almost not control them,” Regina Ceska said, according to the Associated Press, which noted that the couple had previously home-schooled two grown sons.

The Ceskas told the governor that they had weaned the two girls off their medications, and their behavior had begun to improve. Mirko Ceska reportedly commented that he thought the problem was that foster parents “don’t want these kids to have too much to do,” so they “put them asleep” instead.

The Wakulla County Sheriff’s Office hasn’t disclosed whether the girls who the Ceskas adopted are the same ones who escaped from the farm.

Outside of that one incident, the couple appear to have maintained a low profile while readying themselves for Armageddon. State records show that Regina Ceska, who most recently was working at a nursing home in Tallahassee, has been a licensed practical nurse since 1991 and has received no public complaints. Similarly, the Democrat reported, Mirko Ceska worked at a frame shop in Tallahassee, which is located about 20 miles north of Crawfordville, for 35 years before his arrest.

The shop’s owner, Richard Young, said that despite doing business together for several decades, he and Ceska had little contact and never socialized. Ceska usually stayed in the back of the store building frames, he said.

“He was not what you’d call customer friendly,” Young told the paper.

In Crawfordville, where they lived on nearly three acres of land marked by a weather-beaten mailbox, the couple seems to have attracted little notice, though one woman told WCTV that Mirko Ceska was known for getting into verbal altercations, and seemed to never let anyone else onto his property. In retrospect, she added, that should have been a sign.

“I had no idea,” she told the station. “I would have done something to help them if I had known they were there.” 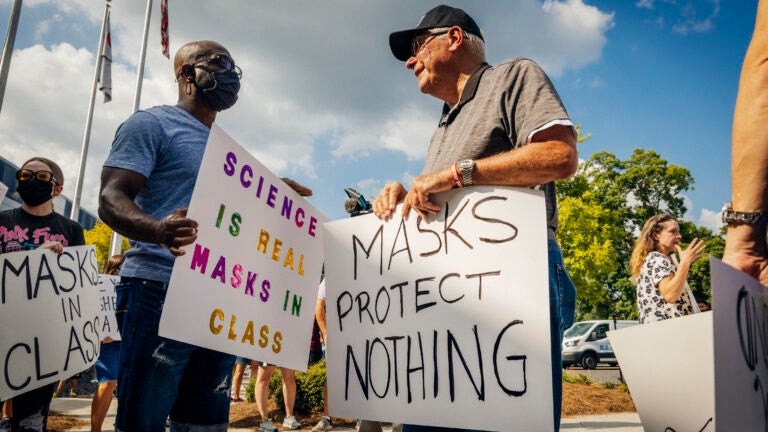 School board meetings used to be boring. Why have they become war zones?