A teen reportedly accused of killing the family of a minor league pitcher in a triple homicide was arrested Tuesday following an hours-long manhunt that culminated in police chasing the naked suspect through the streets of a southern Virginia town.

Matthew Thomas Bernard, 18, was charged with three counts of first-degree murder, WDBJ reported. Pittsylvania County Sheriff Mike Taylor declined to identify the victims, but ESPN reported that they were the wife, son and mother-in-law of Blake Bivens, a 24-year-old pitcher for the Montgomery Biscuits, the Double-A affiliate of the Tampa Bay Rays.

On Tuesday, the Biscuits announced that they were canceling a doubleheader “due to a tragic event within the Biscuits family.” The team’s CEO and managing owner, Lou DiBella, later shared a statement, writing that Bivens had “suffered unimaginable loss.”

In a statement posted on Twitter, the Rays wrote, “We’re with you, Blake.” The Major League Baseball team noted that Bivens had “suffered a terrible family tragedy in southern Virginia,” adding, “Our hearts are broken for Blake. We are grieving with him and will support him any way we can.”

We’re with you, Blake. pic.twitter.com/gJqdUCIf7p

Our thoughts & prayers are with the family, friends and teammates of Blake Bivens in the wake of a terrible family tragedy, as well as the entire Rays organization, during this very difficult time. pic.twitter.com/p4XlwvblfK

Police were dispatched to a house in Keeling, Virginia, shortly after 8 a.m. Tuesday, Taylor said at a news conference. A neighbor had called to report that they “believed someone had been shot,” the sheriff said.

When authorities arrived, they discovered a woman dead in the driveway and two more bodies, another woman and a child, inside the home, Pittsylvania County Sheriff’s Office investigator Devin Taylor told USA Today in a statement.

“This is a shock to our community . . . it’s just a reminder of how fragile life is,” Taylor, the sheriff, said, according to the Danville Register & Bee.

In a Facebook post Tuesday morning, Pittsylvania County Public Safety asked people in the Keeling area to be on the lookout for Bernard, who was described as a white male last seen wearing a white T-shirt and blue jeans. Several schools in the area were also placed on lockdown, WSET reported.

“He is armed with a rifle and very dangerous,” the post said.

UPDATE: The situation in the Keeling area is now under control and the individual that was being searched for has been…

But by the time law enforcement located Bernard, he was naked, according to video shot by WSET.

Suspect in Pittsylvania Co. triple homicide is in custody

EXCLUSIVE VIDEO: The suspect in a triple homicide in Pittsylvania County, 19-year-old Matthew Bernard, ran toward Kyle Wilcox WSET & Brion D. Humphrey while they were at a staging area — he also choked the church’s caretaker.Bernard was taken into custody shortly after.https://bit.ly/2KWQFYy

In the video, a naked man runs toward an armed officer in tactical gear. The officer appears to spray something at the man, who wipes at his face and eyes, but doesn’t stop. At one point, the suspect runs up behind another man in a parking lot, later identified by WSET as a church groundskeeper, and puts his hands around the man’s neck. The naked man then chokes the groundskeeper, only letting go and sprinting away after an officer swings his baton at him.

More police, including a K-9 unit, finally capture the man near a wooded area. Within minutes, the two-lane road is clogged with police cars and uniformed officers, and at least six people lead the handcuffed man to a squad car.

Taylor said Bernard was taken into custody at around noon on Tuesday after trying to escape, noting that around 100 officers responded to the scene. The sheriff also said he did not have information on Bernard’s relationship to the three victims and declined to say whether a weapon had been found.

Bryant Bernard, the suspect’s uncle, told WSLS that the teen had allegedly killed his sister and her child, his mother, and a dog. Bryant Bernard said his nephew is a student at Danville Community College and an avid churchgoer.

“In my wildest dreams, I never could have imagined it. Not him,” he said, describing Matthew Bernard as “an all-around perfect kid.”

“We won’t go into the whys because we don’t know yet,” he said. “We’re trying to figure that out ourselves.” 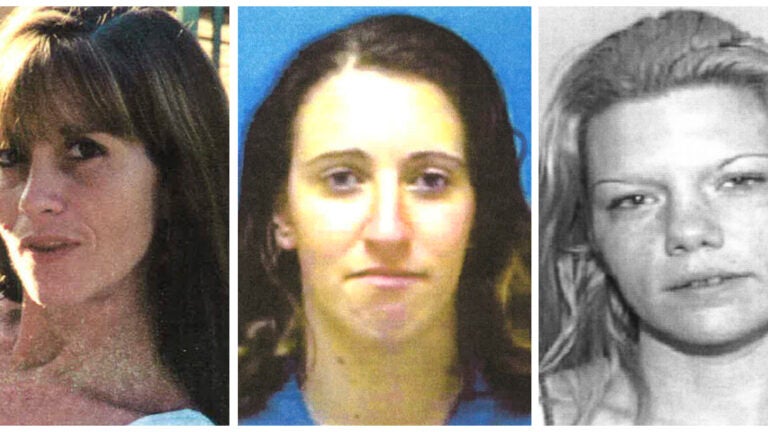