BOSTON (AP) — A Massachusetts mayor already accused of stealing investor funds to bankroll a lavish lifestyle was arrested Friday on charges he conspired to extort hundreds of thousands of dollars from marijuana companies, the FBI said.

Fall River Mayor Jasiel Correia’s chief of staff has been arrested on similar charges, according to a tweet from the bureau’s Boston office. Two others are also charged in the case.

Fall River Mayor Jasiel Correia was arrested this morning by @FBIBoston IRS-CI & @HUDOIG special agents at his home. He’s accused of conspiring to extort hundreds of thousands of dollars in bribes from marijuana companies. Details to follow at 11 a.m. press conference @DMAnews1

Also arrested this morning was Genoveva Andrade, the former chief of staff to Fall River Mayor Jasiel Correia, on extortion and bribery charges. She was taken into custody in Boston by @FBIBoston IRS-CI & @HUDOIG special agents. More details at 11 a.m. press conference @DMAnews1

A message seeking comment was left for Correia’s attorney.

Correia, 27, became the old mill city’s youngest mayor when he was elected at age 23 after serving on the city council. He has remained in office despite efforts to force him out amid his legal troubles.

Correia pleaded not guilty last October to a 13-count indictment charging him with defrauding investors and filing false tax returns.

Prosecutors say Correia collected more than $360,000 from investors to develop an app that was supposed to help businesses connect with consumers.

Instead, he allegedly spent more than $230,000 of the seed money to bankroll a lavish lifestyle, including jewelry, designer clothing and a Mercedes. He is also accused of using the money to finance his political campaign and make charitable donations.

A trial on those federal charges is slated to begin Feb. 24.

Authorities have scheduled a news conference Friday to discuss the latest charges.

In a strange turn of events this year, Correia was recalled by voters and then promptly reelected on the same night in March.

He’s among three mayoral candidates in a primary election scheduled for Sept. 17. 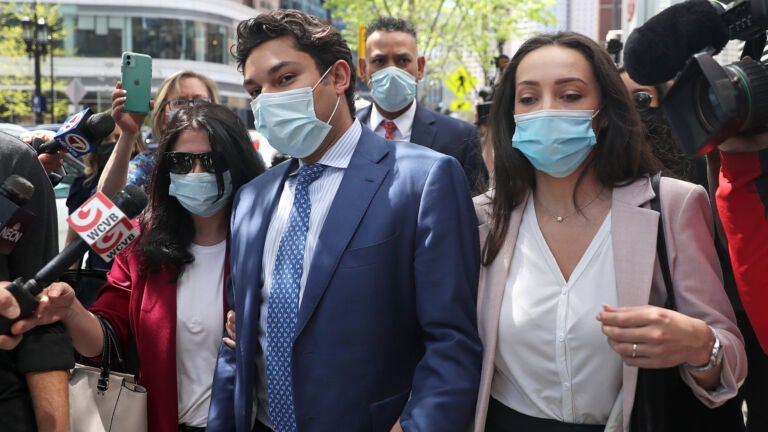