A 21-year-old from Brookline has been charged with the Tuesday morning murder of Nicolas “Cole” Kern, 20. According to police, this is the first murder in Brookline in 13 years.

Singha Oeun is accused of stabbing Kern to death in Amory Park during a drug deal gone wrong.

Police found Kern in the park suffering from 10 stab wounds to the heart, neck, and bowel area around 1:30 a.m. after responding to a call, according to the police report.

A friend of Kern reportedly told police that Kern had stolen a bottle of vodka earlier in the night and was “acting belligerent.” According to the police report, the friend said Kern wanted to buy some prescription pills and started texting people shortly after midnight about making a purchase.

The friend told police that Kern met someone near a fence at Amory Park and the two began struggling. Kern then allegedly tried to walk back toward his friend but fell to the ground.

Later in the day, an off-duty Boston police officer reportedly called investigators when his son mentioned that his girlfriend’s brother, Oeun, was in some kind of altercation overnight. The officer’s son and his girlfriend live with Oeun in an apartment about three blocks from the crime scene.

Police interviewed the girlfriend, who said Oeun “made statements that implicated him in the stabbing,” according to the police report. She reportedly told police she spoke with her brother on the phone and he said he was trying to sell something to a man who was holding a broken bottle (police found a broken vodka bottle near Kern, the report says). Oeun allegedly told her he stabbed the man in the leg with a knife when the man tried to tackle him.

She also gave police her cellphone.

Officers also reportedly found human blood on the door to Oeun’s bedroom and on clothing and towels in a nearby hamper and bathroom, respectively.

Following his Thursday arraignment where a not-guilty plea was entered, Oeun is being held without bail until his next court appearance on Dec. 19. 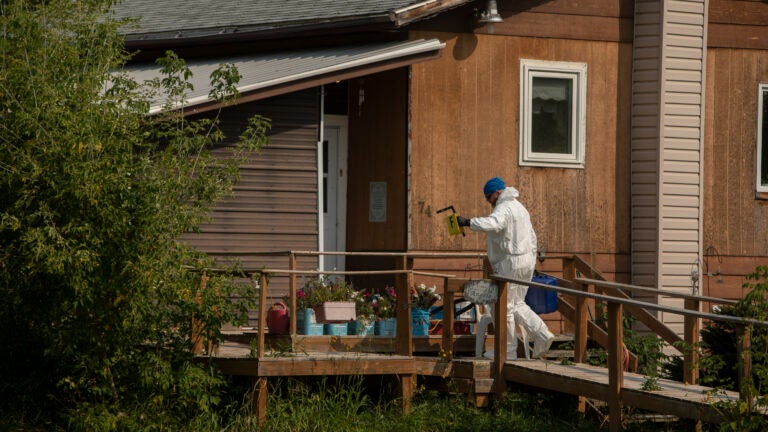