A legally blind man was found guilty of shoplifting from a Walmart in North Conway, New Hampshire. His lawyer argued the theft was accidental and happened because the self-checkout kiosks at the store are unfriendly to visually disabled persons.

Three blind Maryland residents and the National Federation of the Blind sued Walmart last year over the kiosks, alleging they are not entirely accessible to blind customers.

Andrew Airey, 39, was accused of bagging items without scanning them on five occasions between May 4, 2018 and July 3, 2018, the New Hampshire Union Leader reported. He was arrested at the store during the July 3 trip.

During Airey’s trial, a loss-prevention officer for the store testified that Airey walked out of the Walmart that day with 37 items valued at nearly $148 that he hadn’t paid for.

Walmart told the Washington Times it acted in “good faith” in reporting the alleged incident to law enforcement.

Airey testified that he heard the tone that signals an item has been scanned, according to the Union Leader. He also said he uses the self-checkout kiosks reluctantly and only if the lines are too much of a hassle.

He wears a visor-like device called eSight to help him see better. In 2017, he told ABC that without the glasses, he can see shapes but not details.

Authorities argued that there were “far too many mis-scans” across the five days Aiery was accused of shoplifting for the theft to have been accidental.

Airey’s attorney, Alfred Catalfo, told the Union Leader this case is one of the most grave examples of “prosecutorial overreach” he’s seen in 28 years of practice.

Airey was found guilty of willfully concealing a can of corned beef hash and a bath towel. Misdemeanor charges regarding a frozen pizza, toothbrushes, and oyster crackers were dismissed.

He is scheduled to be sentenced on Dec. 10. 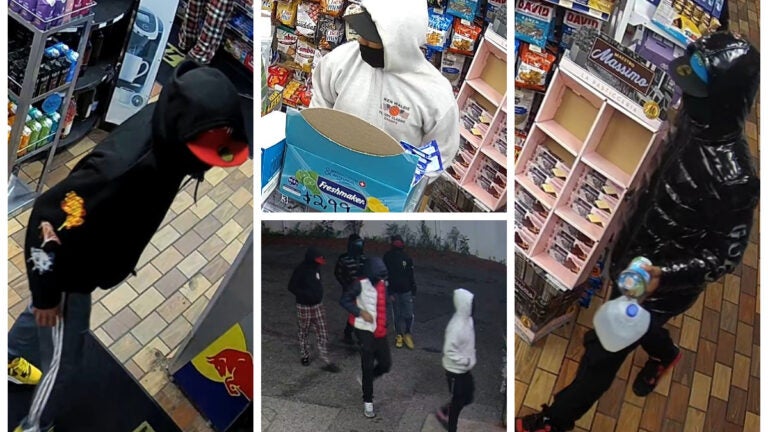